In the days and years when I commuted back and forth to work in California, I was driving 20,000 to 25,000 miles (30,000 to 40,000 km) a year. When I say "driving" it's kind of a euphemism. A lot of the time I was sitting in traffic jams on freeways between San Francisco and Silicon Valley. I kind of burned out on spending a lot to time in cars, even though I've always really enjoyed driving. Here in France, we now drive fewer than 3,000 miles (5,000 km) annually, and that's fine by me.

For the first two years we were in San Francisco, in the late 1980s), I had a job in the city and commuted to work by bus or cable car. Then I found a better job in Silicon Valley. The car became a tool I needed to use to get to work and to get home, and I kept new cars. In California, I bought new cars in 1990, in 1993, and in 1996. They were VWs, each one bigger, more powerful, and more luxurious than the last. I managed to keep the last one for seven years. For several of those late years, my commute was short — only 25 miles in each direction. And for one of those years, I didn't work at all. I had been laid off.

In all, I also drove across the U.S. between coastal North Carolina and coastal California, a distance of about 3,000 miles (5,000 km), five times. Each trip took nearly a week. The first two times and the last one were with Walt. We drove his little Subaru to California from Washington DC in August 1986. That was fun — for four or five years we had been living first in Paris and then in DC, and walking to work and back home every day. We weren't burned out on driving. Walt stayed in California and I flew back to Washington to finish up the job I would be quitting there. Then he flew back to DC to help me pack up the apartment and we drove a truck full of our furniture and stuff across the country together, east to west, towing my own little Subaru behind it. 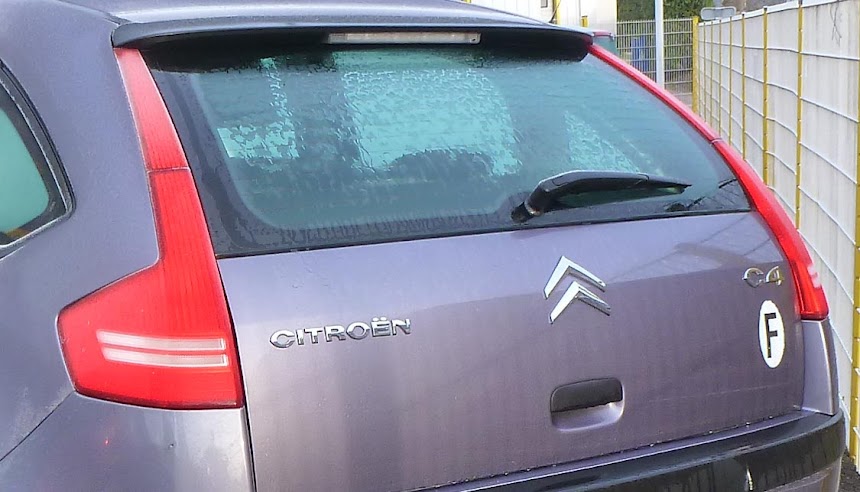 Fast forward 12 years. In 1998, after getting laid off from my Silicon Valley job, what did I do? I got in the car and drove for nearly a week to get to North Carolina. Just for fun, and to escape from the stress of commuting and working in the San Francisco area. As I said, I've always enjoyed driving but jeez did I hate sitting in traffic on freeways! When I got to North Carolina, I stayed for a week or 10 days and then my mother, her sister, and I set out to drive back to California. They said they had always wanted to drive across the continent. We had numerous adventures across the way, with stops in Alabama, Louisana, Texas, New Mexico, Arizona, and California.

For all of the years we spent living and working in California, Walt and I kept two cars. Walt had some years of commuting and hated it too, but for many years he was able to leave his car in the garage at home and take public transit to work. He found good work in San Francisco, where we lived, but I never could. I had to go to Silicon Valley, 50 miles (80 km) south. That meant 100 miles a day, or 500 miles a week, in the car and in traffic jams. I never knew whether the 50-mile trip would take one hour or three. During those years we were also flying to Paris once or twice every year for vacations, just to keep our French up to date (and to enjoy the food). In California, I listened to a lot of French music in the car, on CDs, and pretended that I was living in France, not knowing how soon it would be true.

Walt ended up buying a Jeep Cherokee in the early '90s, and he kept it for the last 10 years we were in California. We would use it to go on driving and camping trips along the California coast, up into the Sierra Nevada mountains and to places like Death Valley and the national parks of southern California, Nevada, and Utah. I lost count of the number of times, starting in 1997, that we (or I alone) drove down to the desert near the Mexican border to see CHM, who had a house there then. It was nine or ten hours  in the car each way, mostly on freeways but also on wide, scenic two-lane roads through deserts and over or around big mountains, with little or no traffic. I really enjoyed those trips and the chance to get out of the city and see what the southwestern deserts were like.

Finally, in 2003 we sold our house in San Francisco and I sold my last VW, a very nice Passat that had quite a few miles on it. A young man from Palo Alto bought it. I was asking $5,000 for it, and he agreed to the price. He said he would get the money out of the bank the next day and bring it to me. I was surprised when two hours later that evening he rang the doorbell and said he had the money and was ready to go. He handed me a stack of $20 bills that he said he had gotten out of a cash dispenser using his American Express card. That would be 250 $20 bills. When I took them to the bank the next morning to put them in my checking account, I was afraid the clerks might think I was running drugs or something.

A few weeks later, we packed Walt's Jeep full of things we wanted to take with us to North Carolina and on to France, including the dog. We drove across the country one more time and spent a few weeks at my mother's house in N.C. while we waited for our French visas to come though. She had been nice enough to invite us to come and stay with her. That was our last trip across the country. The Jeep was very comfortable, and we had the time to drive the back roads and take a different route from any of the other times, going to places like Gallup, Santa Fe, and Tucumcari in the northern half of New Mexico; Oklahoma City and Tulsa in Oklahoma; Joplin and St. Louis in Missouri; and Springfield, Illinois, the Land of Lincoln (Abraham, that is). We also drove through eastern Kentucky and through the Great Smokey Mountains national park between Tennessee and North Carolina.

Anyway, even though we don't drive so much any more, we're now getting another car. We've had the Peugeot 206 for nearly a dozen years, after buying it used and in a hurry when we first got to Saint-Aignan because we absolutely had to have a car and renting one was getting to be just too expensive. I didn't think we'd keep the little Peugeot for very long, but I was wrong. Back in the early 1980s, when I lived in Paris (where I met Walt) I had a tiny Renault 4L for a year. That covered two of the three major automobile manufacturers in France. I've always wanted a Citroën and now I'm buying one. I hope it turns out to be as good a car as the Peugeot — which we're keeping — has been.
Posted by Ken Broadhurst at 08:15