« ...ce petit bourg compte parmi les plus caractéristiques de Bourgogne » — "...this little town is one of the most distinctively Burgundian villages in character." That's from the Michelin guide. The name is Montréal, and it doesn't have much to do with the city in Canada except the coincidence of its name. The village was known as « mont régalis » — the royal mountain — as early as the 1100s. 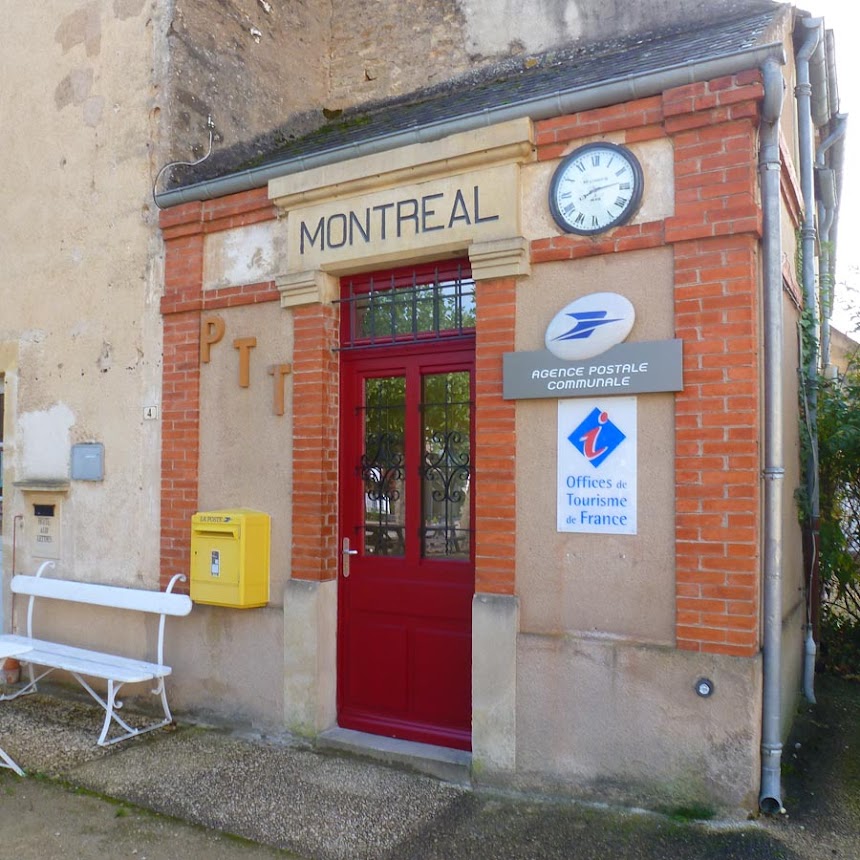 The royal personage connected to this Montréal was the Burgundian queen named Brunehaut a.k.a. Brunehilde, who reigned in the 6th century. She was a Visigoth princess born in Spain who became a Frankish queen when she married king Sigebert 1er, a direct descendent of the great king Clovis, in 566. She lived to be nearly 70 years old and died by execution in the year 613. One thing I read said that Brunehaut was not popular and that she has not been treated kindly by historians. 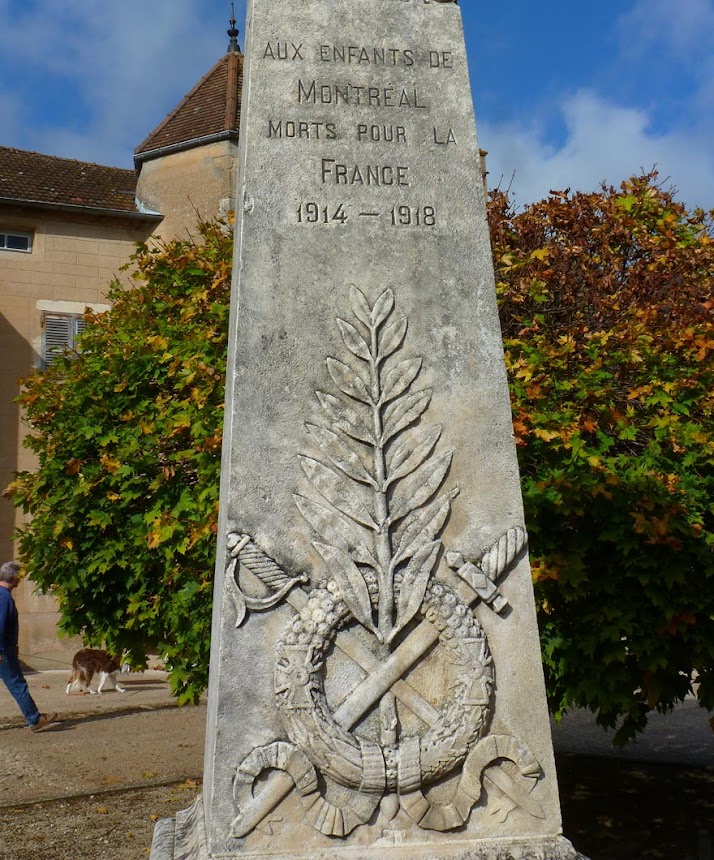 Anyway, all that is ancient history. Brunehaut supposedly loved the place now called Montréal. So did we. As you will see from my photos, between Époisses and Montréal the clouds suddenly cleared off and we had a sunny, fairly warm afternoon. Callie finally got to spend some time out of the car. 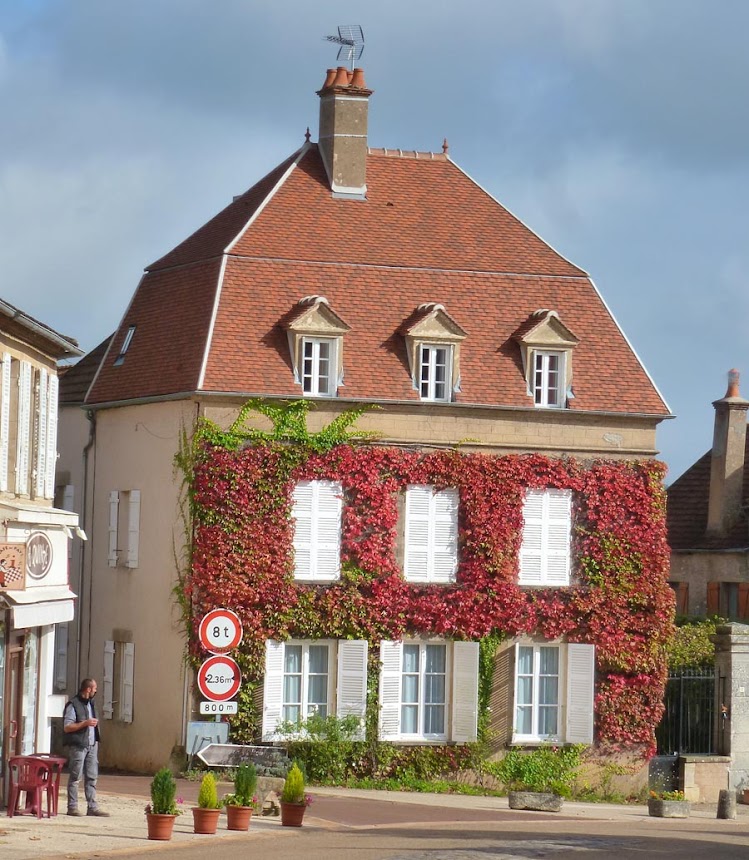 We parked down below the old town, in front of the post office. We took a few photos and had a look at the Monument aux Morts before walking through what is called La Porte d'En-Bas (the lower gate) up into the older part of the town. This was last October 23. 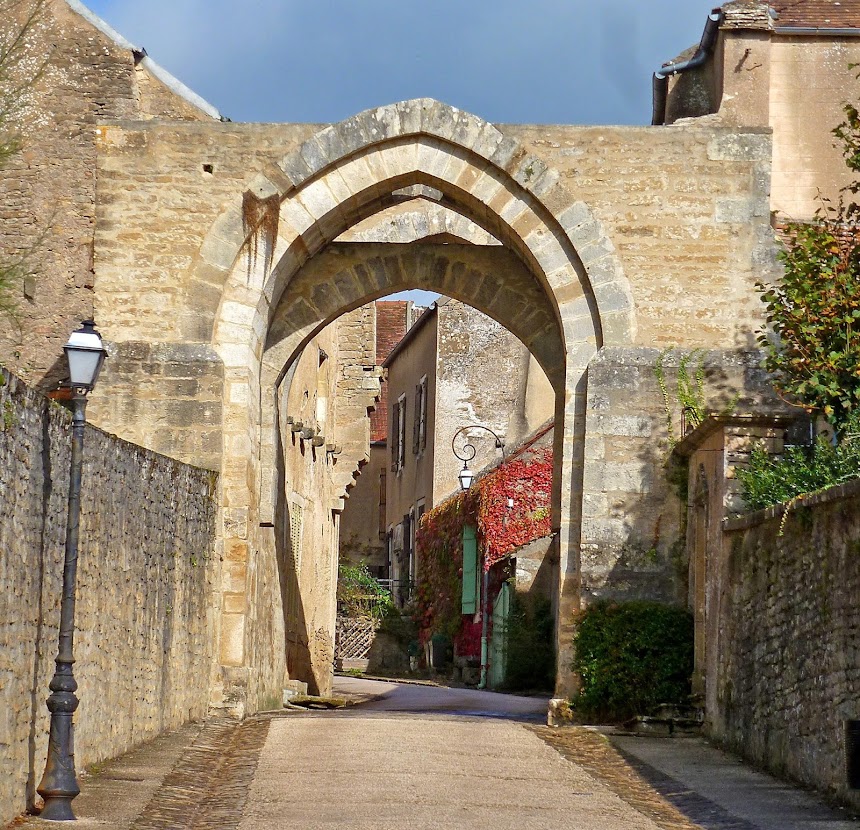 As the Michelin guide says, « ...l'ensemble du village est parfaitement entretenu. » — the whole village is beautifully maintained. A church is located at the top of the town, and there are fine views over very green fields and hills from up there. More to come...
Posted by Ken Broadhurst at 07:15