Cockles in a cream and oregano sauce

We didn't eat cockles where I grew up on the North Carolina coast — at least not that I remember. I'm not sure when I cooked and ate them for the first time. It might have been when Walt and I spent a week on the Ile d'Oléron with our friend Cheryl in 2008. That's on France's Atlantic coast not far north of Bordeaux. 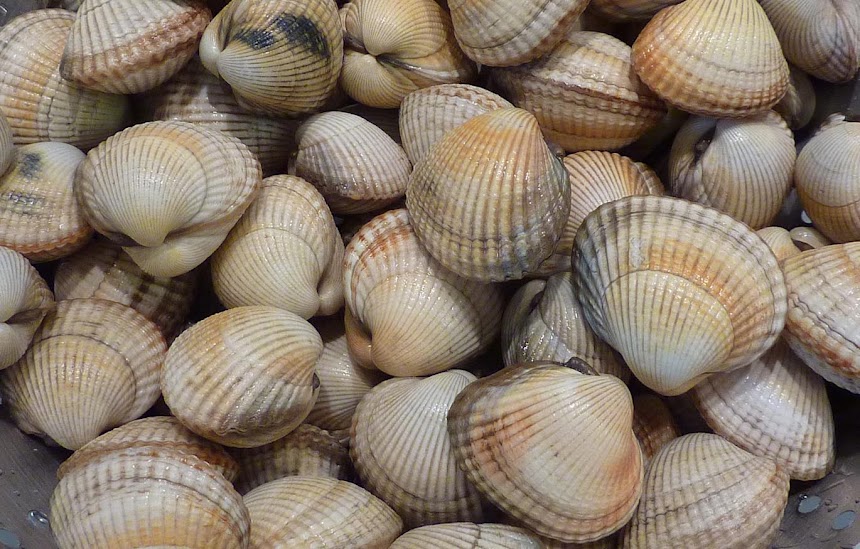 Cockles, or coques in French, are a kind of clam. We certainly ate clams, and oysters, scallops, and conchs (whelks) in North Carolina, so I don't know why we didn't eat cockles. The beaches in the area are literally covered with cockle shells, but I don't remember ever seeing a live cockle. 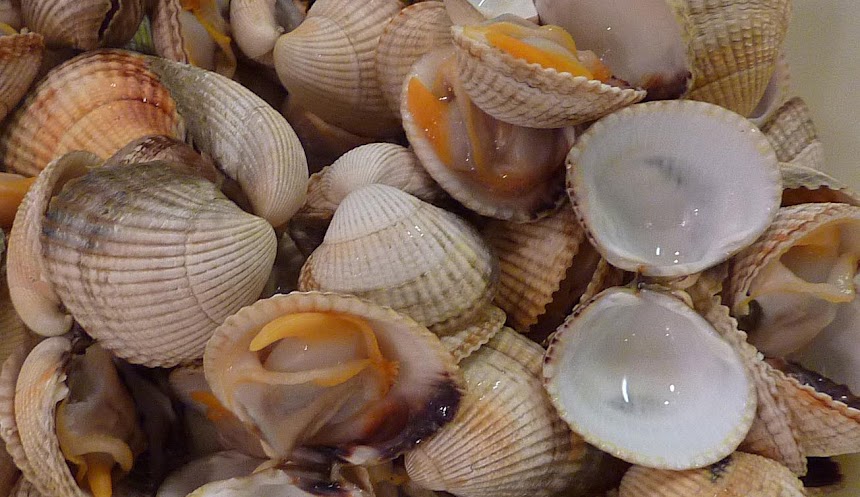 Here's confirmation from an article in a newspaper published in Wilmington, N.C. — it says: "In some parts of the world, cockles are a favorite edible shellfish." But not in that part of the world, apparently. 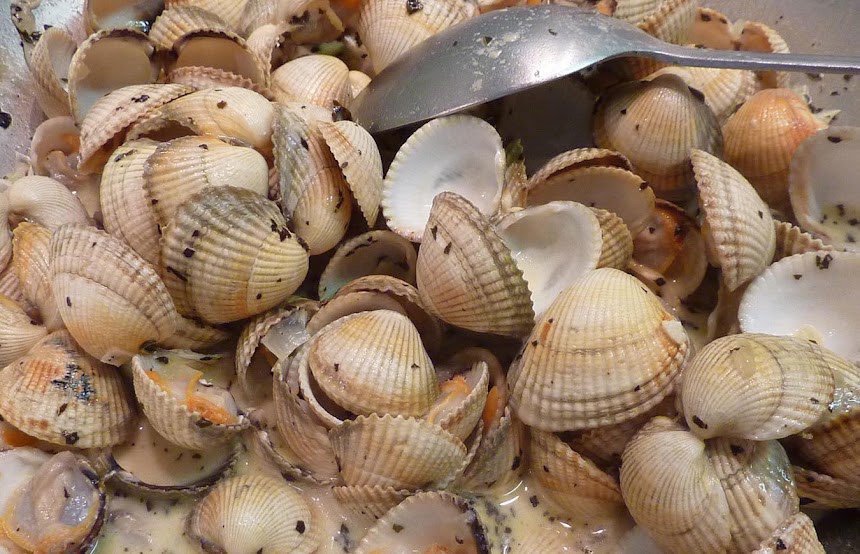 Maybe cockles live out in the ocean instead of in the protected bays, sounds, and estuaries where clams live. You can go dig clams in calm waters at low tide using a rake or just your hands and feet to find them buried in the sand. You can't really go dig for shellfish in ocean waters because of the surf and the strong currents. 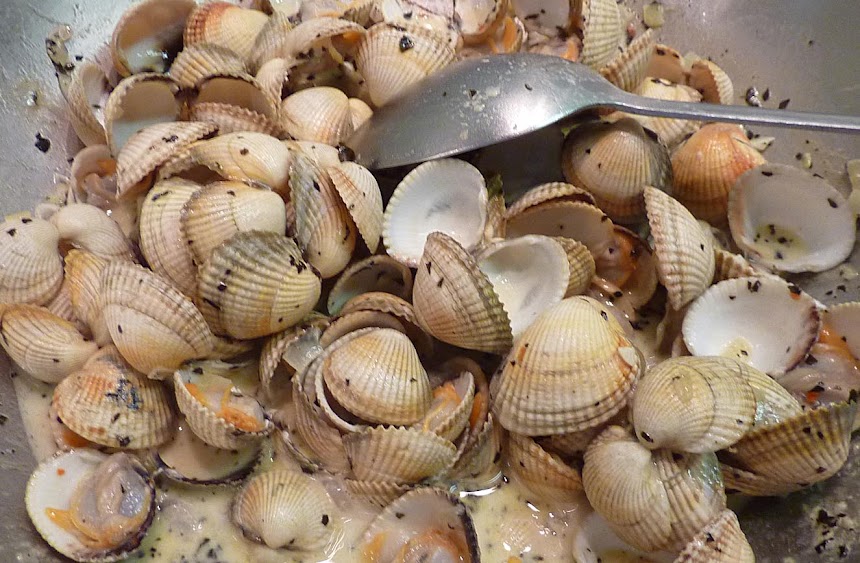 We probably owe the fact that we cooked and enjoyed eating cockles on the Ile d'Oléron to a strike by the island's commercial fishermen. We spent a week there, and the fishing boats were all confined to port the whole time. There was no fresh fish on the markets or in the supermarkets. There was shellfish, however, including oysters, and clams of various kinds, especially coques and lavagnons. That's what we ate all that week. 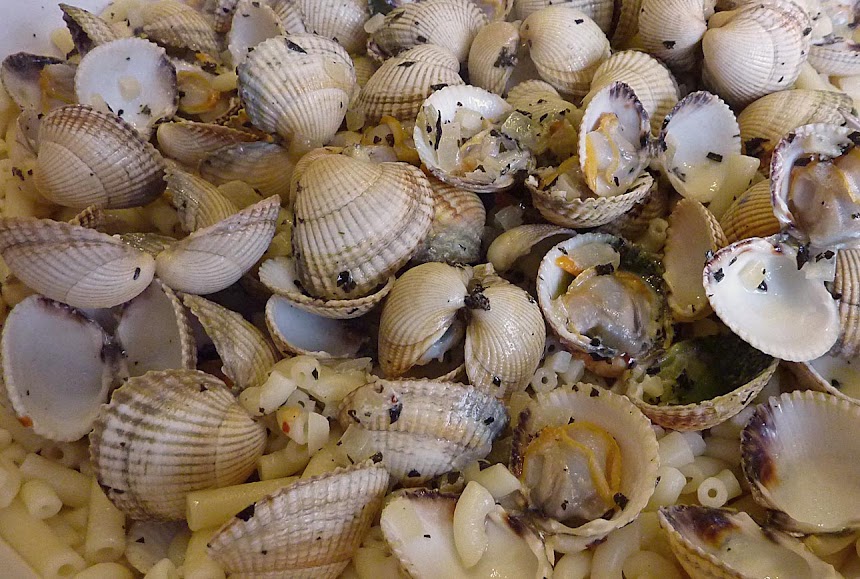 There are cockles in this post about a poissonnerie (fish market) in Paris that I posted in 2006, but I have no memory of ever eating cockles in Paris. 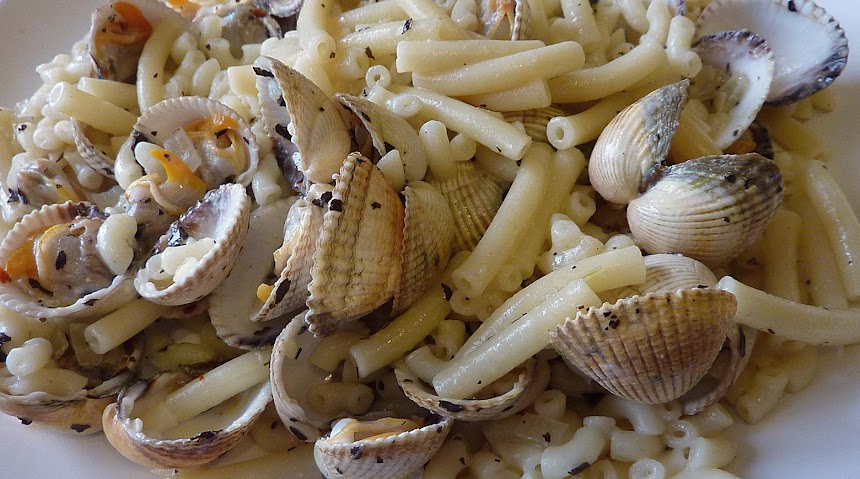 The fishmonger at the Saturday market in Saint-Aignan comes here from a town on the coast near the Ile d'Oléron, which is about a four-hour drive southwest of us. We've only recently noticed that they often have fresh coques for sale. Walt bought some a week or two ago and we cooked them like clams and served them with pasta. I made a cream sauce with onions, garlic, white wine, and dried oregano. Yum.
Posted by Ken Broadhurst at 07:45