One of the things I love about traveling around in France is having the chance to "install" in my brain a real-life image of places that I have before only known by name. And, of course, to take a few photos too. One such place is the fortified town of Semur-en-Auxois, just 12 miles south of the Abbaye de Fontenay, in Burgundy. Semur rates one star in the Michelin Guide Vert. Something about the place seemed vaguely southern — méridional, I mean, as in South of France — when we were there, just as the area around the Loire Valley town of Chinon feels méridional too.
I got to take exactly two photos in Semur-en-Auxois. It was raining, and we drove through without getting out of the car, so I took the photos through the windshield. You can see the raindrops on it. Once we were in the center of town, the narrow streets were dark, and even if we had wanted to get out of the car and walk around, I think we would have had a hard time finding a parking space. There seemed to be a lot of construction and road improvement projects under way, so traffic was backed up all over the place. If you want to see more photos of what is evidently a very pretty town (pop. 4,500) in sunny weather, look here — which is what I've had to do. 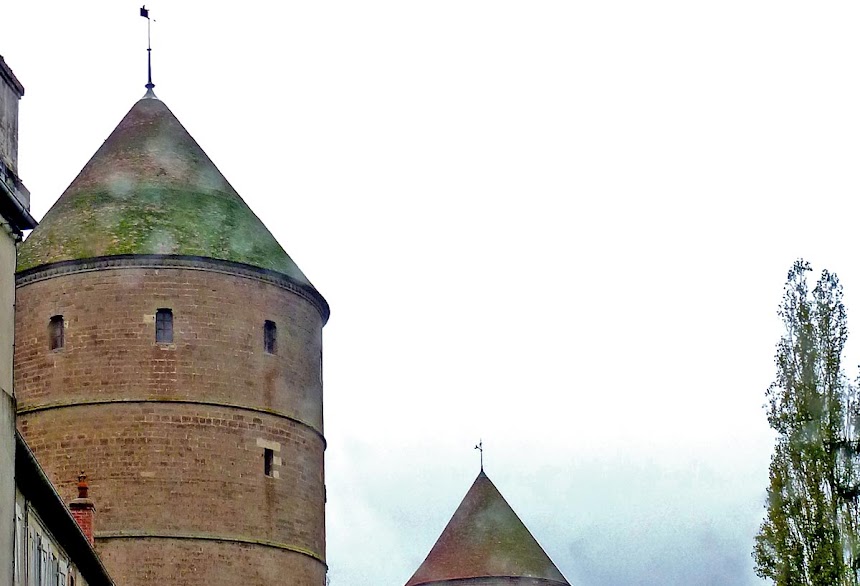 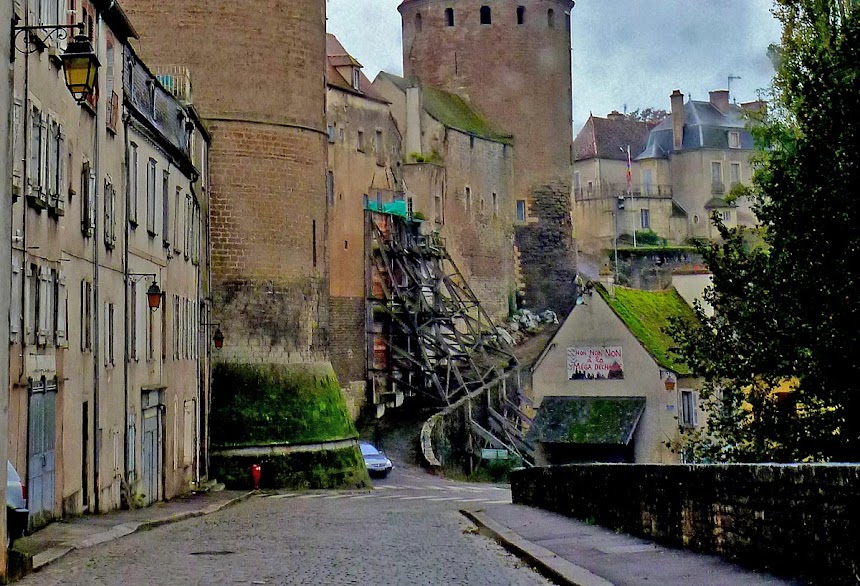 Semur, which some might think is a name very similar to the name of the Loire Valley town of Saumur, but in French the latter is always two syllables [soh-MUR] where the former is pronounced by some as a single syllable. That would follow the rules of standard French, where an unaccented E between just two consonants is called a "mute" E, meaning it does not have to be prononced. The pronunciation dictionory I have in my book collection confirms that: Semur can be pronounced as [suh-MUR], or just [SMUR] in rapid speech. 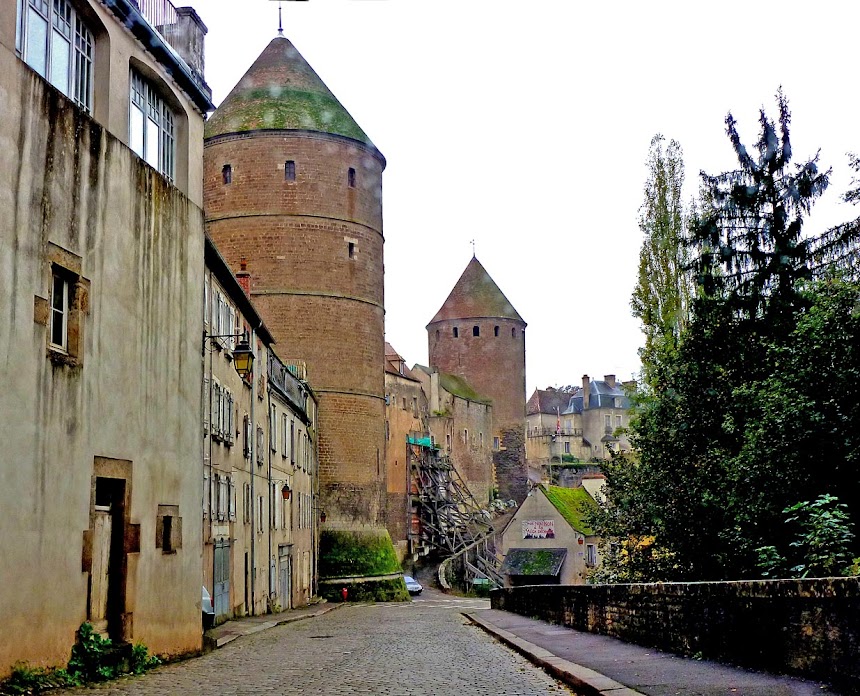 And Auxois — how do you think that's pronounced? Well, if you are familiar with the town of Auxerre, an hour so north, you might know that its name is pronounced [oh-SEHR]. In other words, the X has the value of an S. In Auxois, it's the same. The pronunciation dictionary says it's [oh-SWAH], and that saying [ohk-SWAH] is an error. (You'll hear some people say [ohk-SEHR] for Auxerre, but that's an error too.) Those are some of the joys of French pronunciation and spelling.
By the way, you'll notice that I took pretty much the same picture twice. We were stopped because of one-lane traffic around a construction zone. Since I only have two photos, I decided to post them both.
Posted by Ken Broadhurst at 08:00