The population of the village of Montréal in Burgundy is only about 180. Most of the houses must be vacation places. 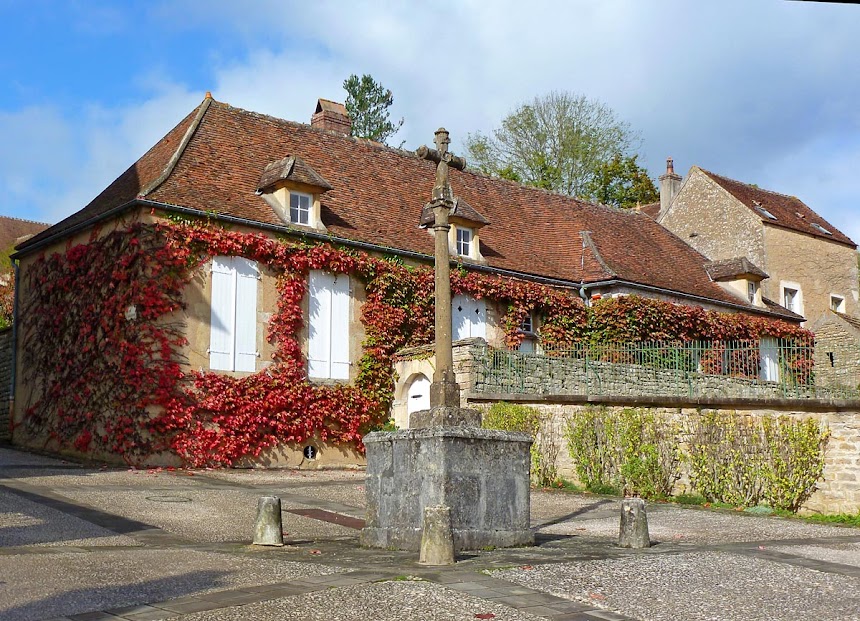 The shutters were closed on many of the houses. We didn't really see many people — half a dozen at the most — up in the old town as we walked around with Callie and took pictures. 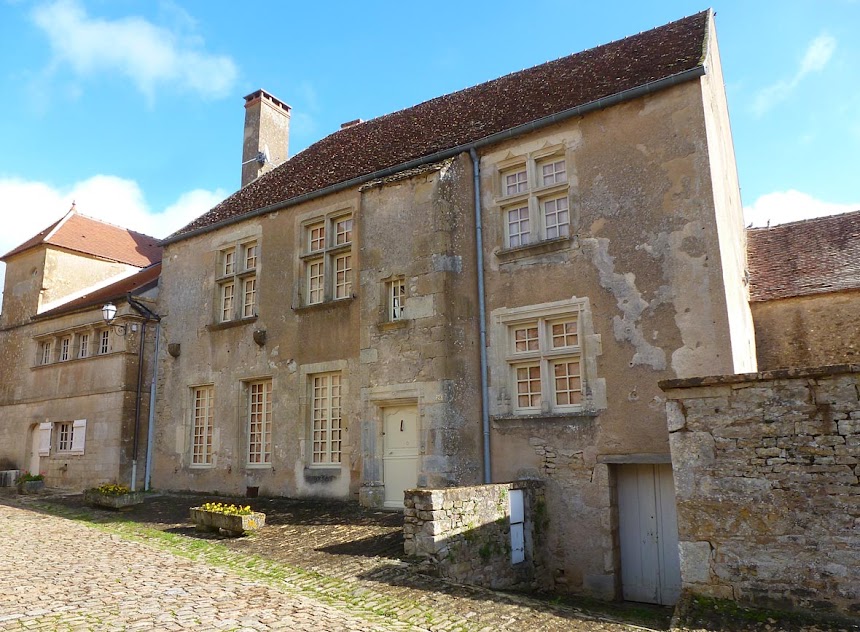 Except that Montréal is so clean and spiffed up, it was a place that seemed frozen in time. Car traffic in the old town is restricted to residents only, if I remember correctly. 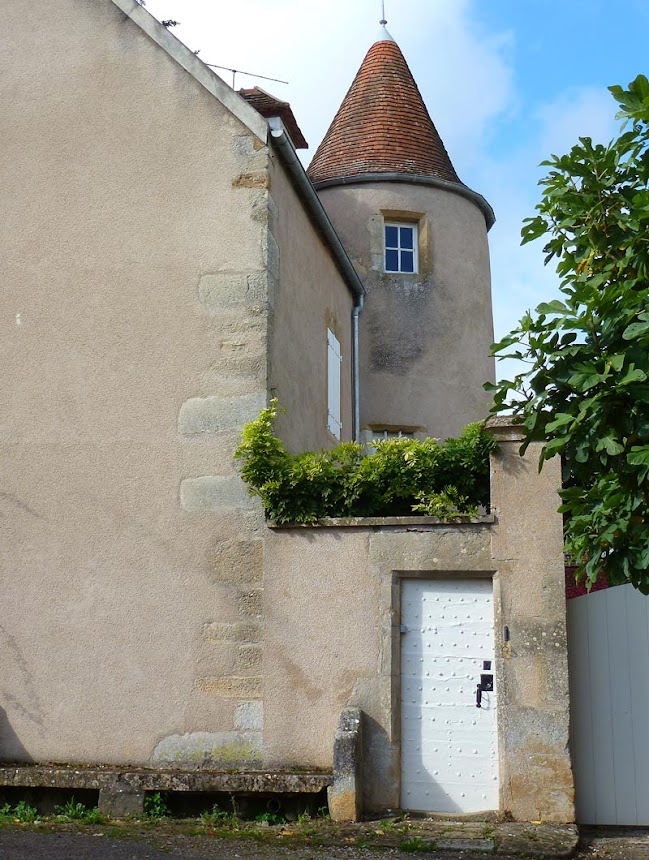 It was especially pleasant for a long, slow walk because it was sunny the way it had been the day before in Chablis, Tonnerre, and Irancy. 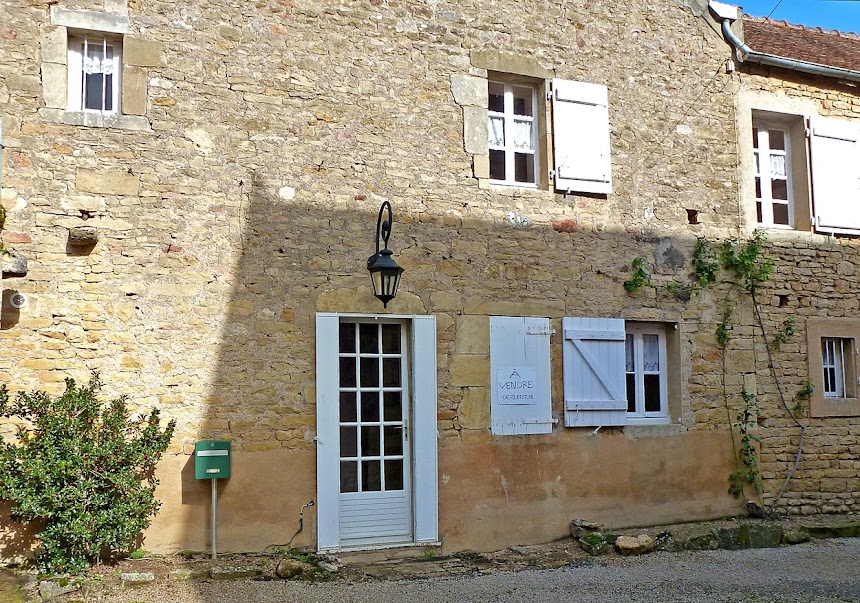 If you are interested in buying a house in Montréal, the one shown above is for sale — À VENDRE. I just found it on a real estate web site. The asking price is 90,000 €. At today's exchange rate, that's 102K US$. 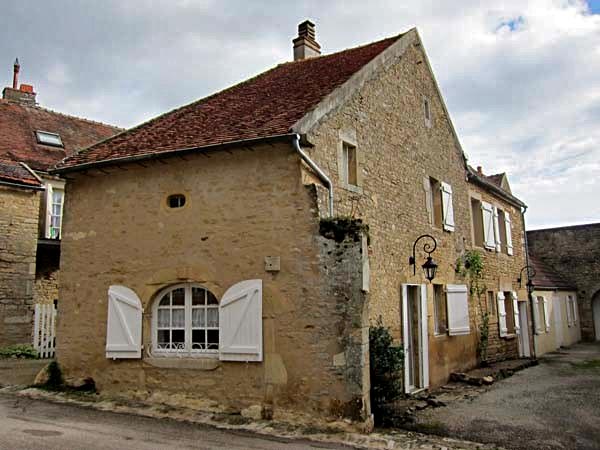