Tasting and buying wine in Irancy (2)

So there we were, having tasted three wines in the Irancy cellar we had chosen, really, at random. The "producer" — producteur — in other words the grape-grower and winemaker, was named Stéphan Podor. Actually, on the label, it says Stéphan & Marie PODOR. I didn't know if Stéphan Podor was the man we were talking to in the cellar.


We weren't going to spend a lot of time tasting wine, especially since I was going to be driving back to the gite on a circuitous route through several other picturesque villages. I told the man who was doing the pouring that I'd like to buy six bottles (called un carton in France, which is half the size of a U.S. "case") of the last wine we had tasted, which was a 2012 vintage called Palotte. He had already told us all, I believe, that Palotte was the name of the most prestigious plot of vines in the Irancy vineyard. 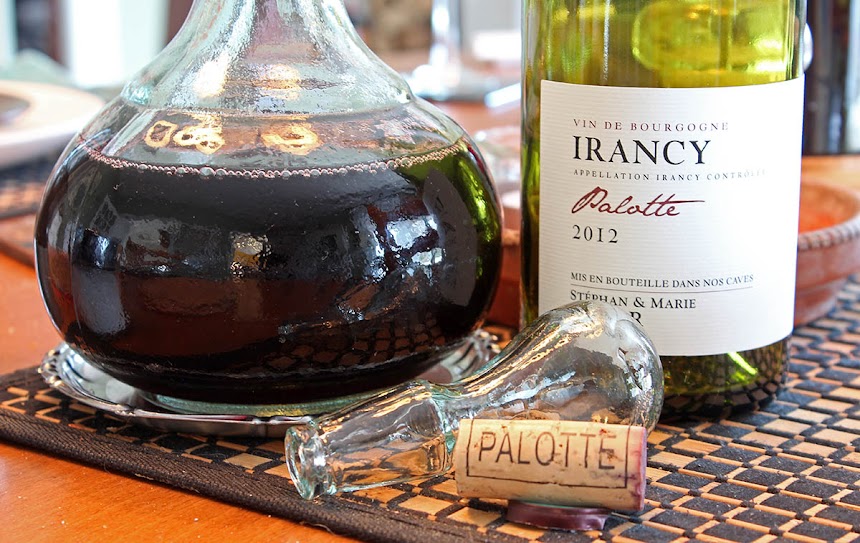 Here's a picture of the Palotte wine that Walt took and published on his blog here.


The man in charge looked at me and said something like: « C'est un vin qui se vend à 15 euros la bouteille. Ça va ? » In English: "The 2012 Palotte wine sells for 15 euros a bottle. Is that okay?" There was no price list anywhere, so I had to take his word for it. I hesitated. That's a lot more money (3 or 4 times) than I spend for a nice bottle of wine in the Loire Valley. But I didn't want to back down. I could have said, well, I'll just take two bottles. Or three. 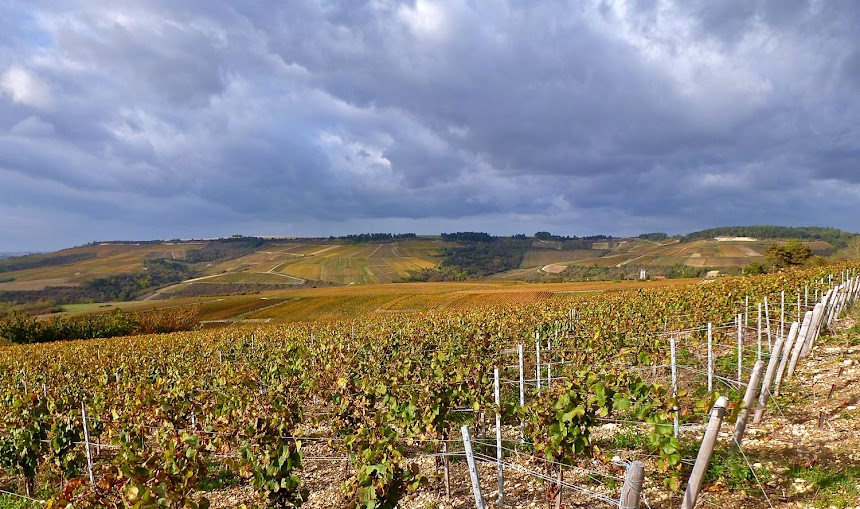 Instead, I gulped and said the price was okay, go ahead and give the the carton. I figured 90 euros, maybe just this once, wouldn't break the bank. We had spent something like 12 euros a bottle for a carton of Chablis Premier Cru that morning. It's not like we go to Burgundy very often, and Burgundy wine is, by reputation, some of the finest France produces. I don't know when we'll go back there. 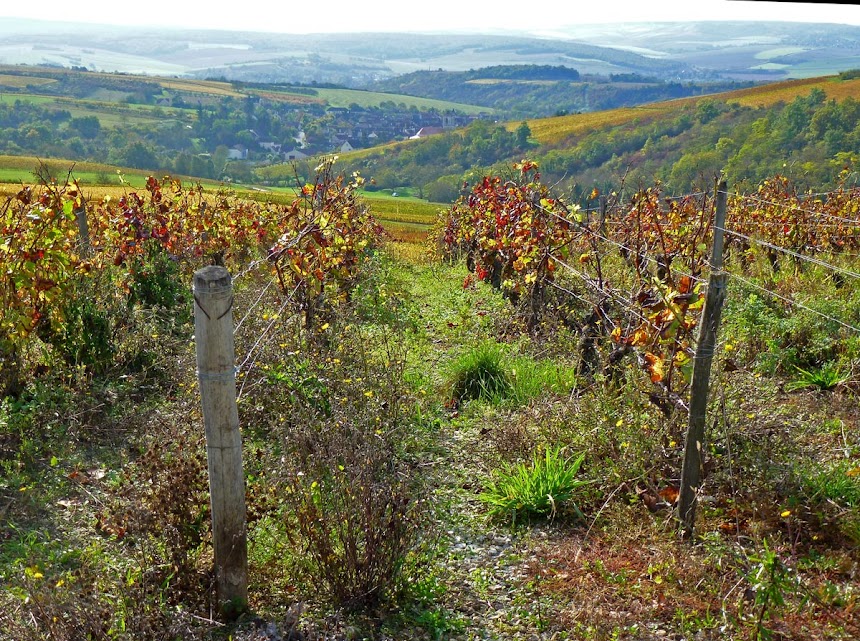 We said our au revoir and climbed the dark, steep steps back up to the street, carrying the carton of wine. I ducked to avoid bumping my head again. It had been an interesting but puzzling experience. The car was parked close by, and Callie was just fine and waiting patiently when we got there. We drove out of the village and back up into the vineyards to give Callie another chance to run around for a few minutes, and to take a few more photos.

I was starting to have second thoughts.... À suivre.
Posted by Ken Broadhurst at 07:45