Tasting and buying wine in Irancy (1)

Moving on, but looking back. After all those surreal and demoralizing events in Paris last week, yesterday turned out to be a beautiful day, weatherwise and otherwise. It was comparable to that Wednesday in October when we were in Burgundy. In the afternoon, back then, we went to see what the village of Irancy was all about. (Earlier posts are here: 1, 2, 3, and 4.)


Below is the place we found when we decided to buy a few bottles of wine to take back to Saint-Aignan. It looked much more interesting that the Chais et Crus shop we had seen at first, and it was right next door. If you look carefully at the photo, you might see that the sign on the shutter says the entrance to the wine cellar is down the little alley to the right. 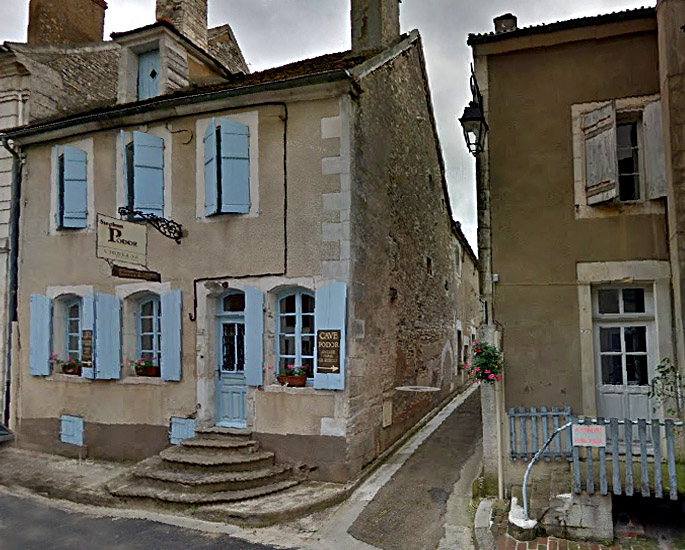 Credit where credit is due: I grabbed this image off the street view for Irancy on Google maps.


We walked down the alley, having left Callie in the parked car, and found the door that had a « Cave » sign on it. I banged on the door, pulled it open, and yelled Bonjour. The inside of the door was covered in a sheet of silver plastic that had a layer of insulation of some kind under it. It looked very much home-made and rough.  A voice from down below yelled out something like « Oui, on est là. Descendez. »


So we did. The stone stairs were narrow and steep. And definitely dark. About halfway down, I bumped my head on a low stone archway. When we got to the bottom, we found four men drinking wine in a dimly lit cellar. There's a picture below. The man in charge didn't mind if I took a picture, but he and the three other guys moved out of the way. They were probably all in their 30s or early 40s, and they were perfectly friendly. We told them we were two Americans who lived in France, in the Loire Valley, and we wanted to taste some wines and buy some to take home with us. 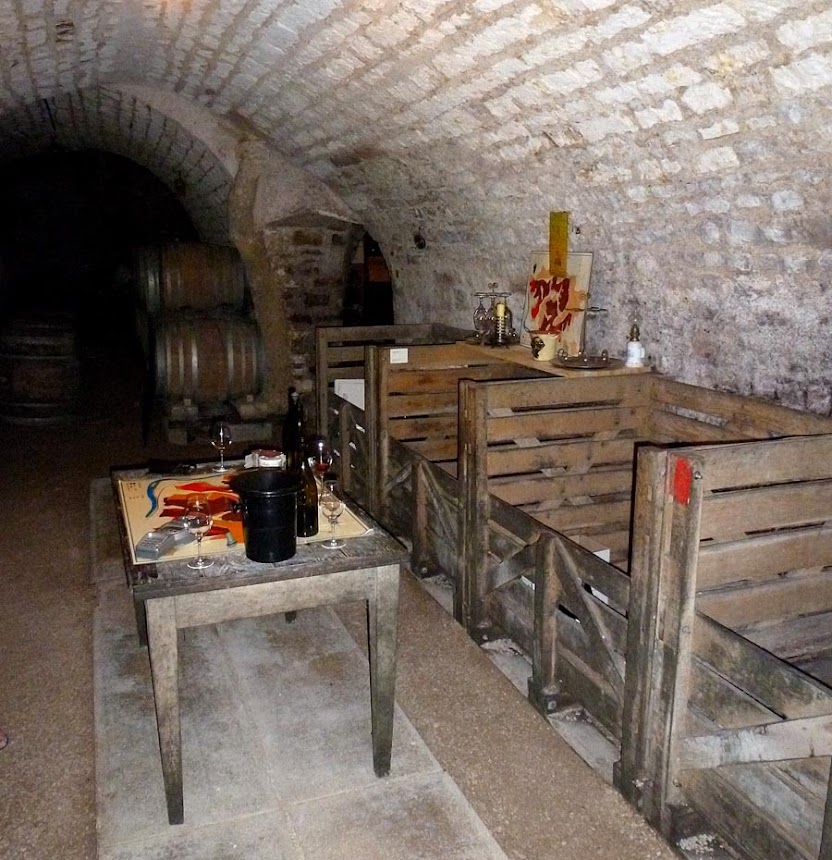 This was a real wine cave, not a facsimile.


I don't know how many wines they had tasted, or how much they had drunk. I wonder if they were just partying, or if the three friends planned also to buy some bottles. They all seemed to know each other, including the man pouring the wines, and I asked them if they lived in Irancy. They said yes, though one of them said he had been living in Nice for quite a few years and had just returned to Burgundy. (He looked like a young Serge Lama, if that means anything to you.) We tasted three wines with them, and the third one was the one we both thought was best.