Not much to say this morning. I'm just going to post some pictures I took during our leisurely walk around the village of Montréal in Burgundy in late October 2014. If you read this blog regularly, you might find it repetitive with these kinds of details, but the fact is that I don't know who will look at the blog at what moment, or what post people will land on first, so each post needs to be pretty much self-contained. Details... 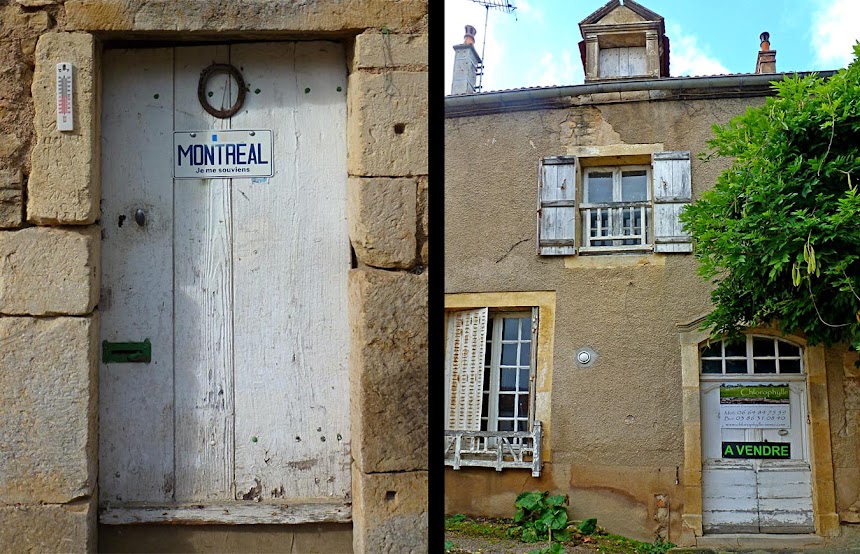 This set of photos shows a lot of details I noticed around the village and found interesting. The first photo above shows somebody's sense of humor, with a car license plate from the city of Montréal in Québec — « Je me souviens » — nailed to an old door in the village of Montréal in Burgundy. Next to it is a photo of another village house for sale. It looks like it might need more than "freshening up." (I just found a web site with photos of that house above. It has already been sold for 45,000 €...) 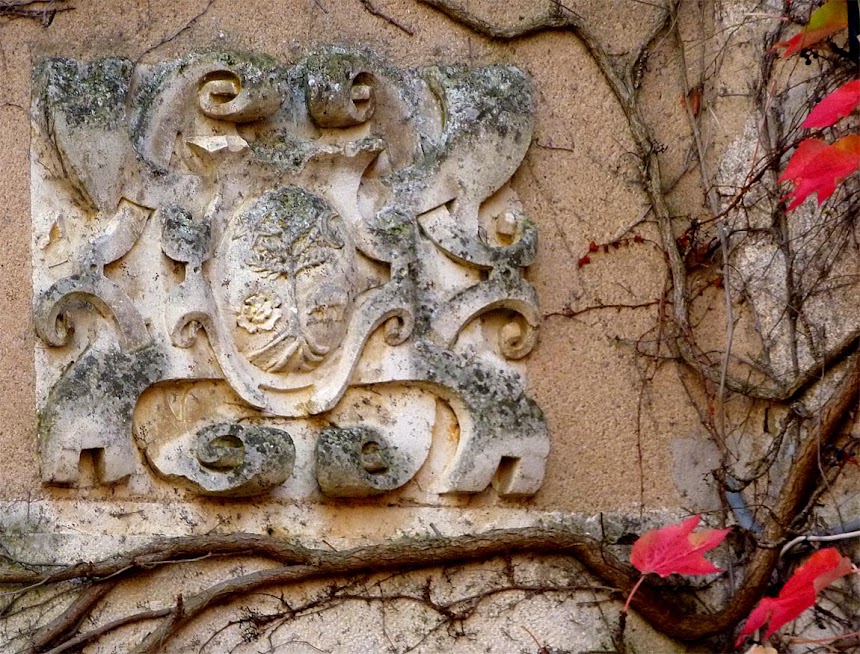 The photo immediately above is a mystery to me — what does this decorative detail on a house actually represent? Those curly things at the top look almost like eyes, but they're not. And what is that tree in the middle? 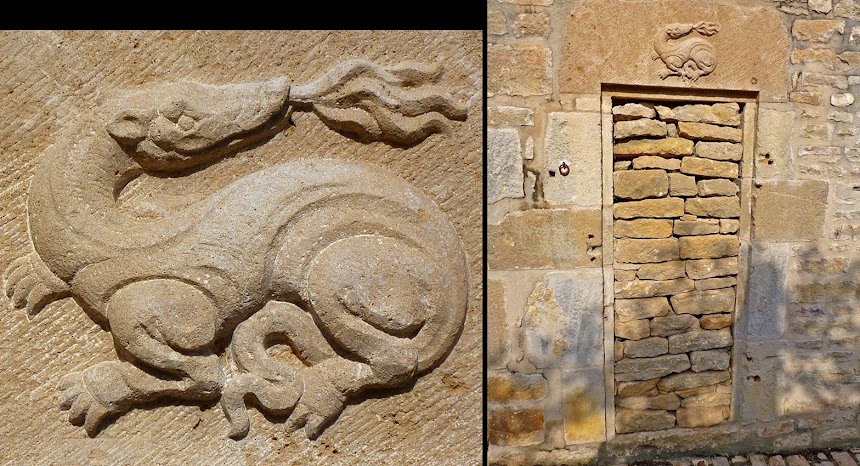 I really liked the way this unused doorway on one of the village streets had been condamné, as they say in French. Rather than put up a wooden door that would need paint and other maintenance, just fill in the gap with stones. Clever. And it has a nice salamander with it too. 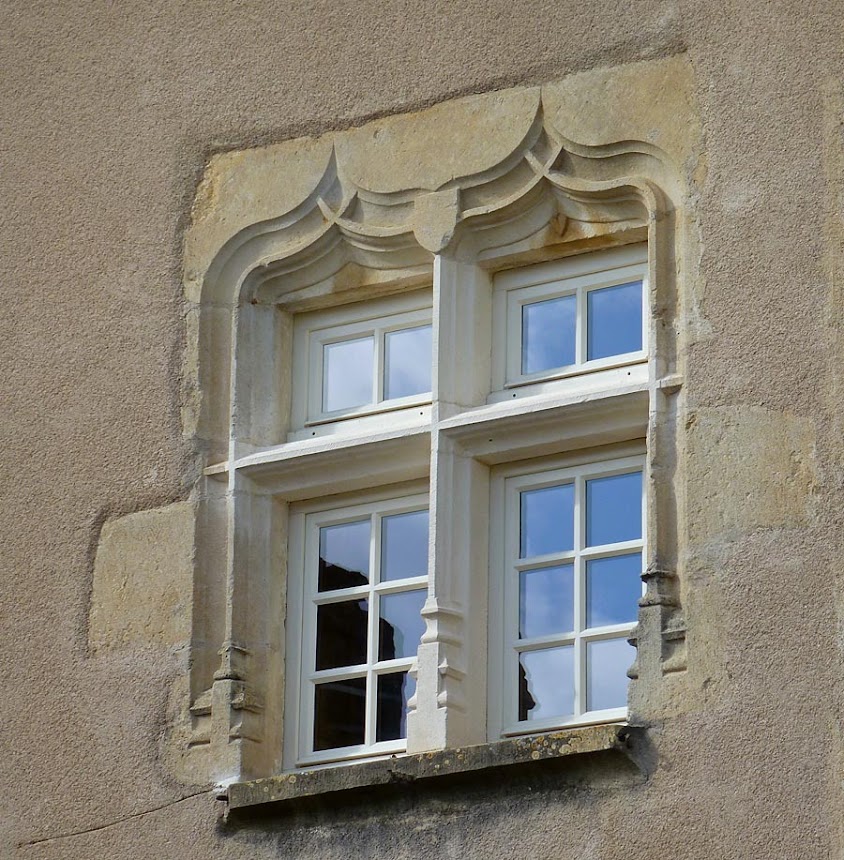 Above, a beautiful window in an old house. How many windows can one photograph in a lifetime? The answer: millions, if one is in France. So many are so beautiful. 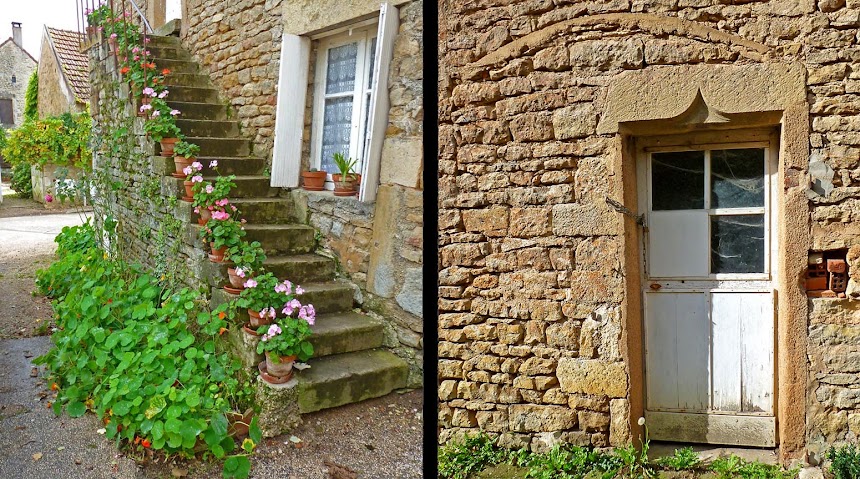 And doorways too. Potted geraniums nicely dress up that old stone staircase on the left above. And the door on the rignt shows how wood doesn't hold up to the weather all that well, especially in a damp climate.
Posted by Ken Broadhurst at 08:00