Chablis and Irancy are just remnants of what used to be a much more extensive grape-growing area in northern Burgundy. Chablis has been more successful than Irancy at re-establishing itself after the phylloxera epidemic decimated the vines more than 100 years ago. Both vineyards are very ancient, and both suffer because the climate is so cold and the weather during the growing season is so unpredictable. The wines are fine, however. 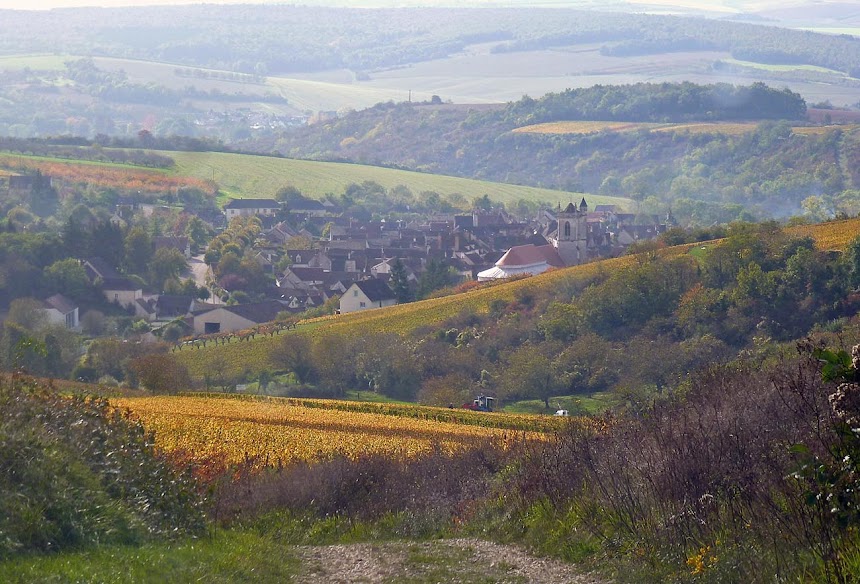 Earlier, a lot of wine from the Auxerre-Chablis region was transported to Paris on barges that floated along the local waterways up to the Seine and then into the French capital, only 75 miles distant. When the railroads were built in the 19th century, Auxerre (the largest town in the area) and Chablis were bypassed. Other regions could suddenly send wine to Paris by train, and the vineyards of northern Burgundy went into decline.

As a result, only about a thousand acres of vines remained around Chablis by the end of World War II — it's 10 times that large today. The fact that California and other regions flooded the world with white wines called Chablis, many of of them of questionable quality, dealt the area's reputation a serious blow too. 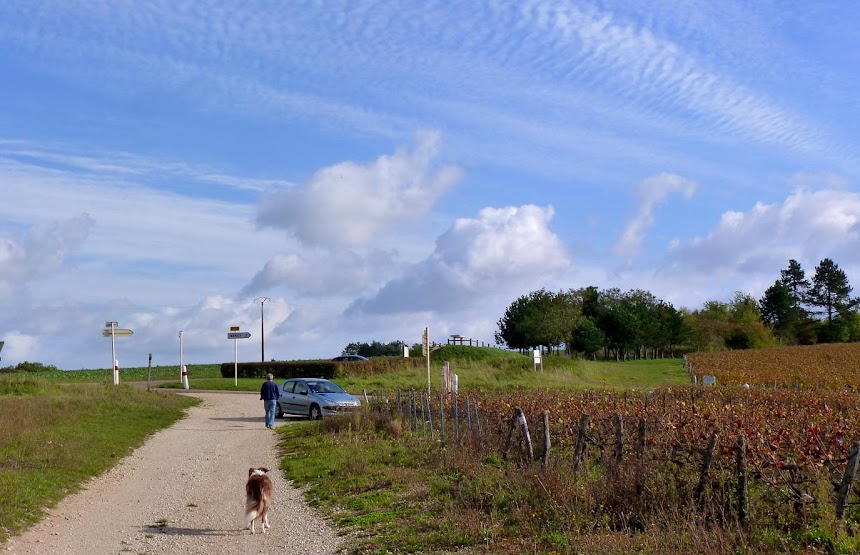 Irancy is also a survivor. Two red-wine grapes are grown there, just to the southeast of Chablis — Pinot Noir, of course, the premier red grape of Burgundy, and a local variety called César. A small amount of César in the mostly Pinot Noir wines of Irancy supposedly gives them their special character. 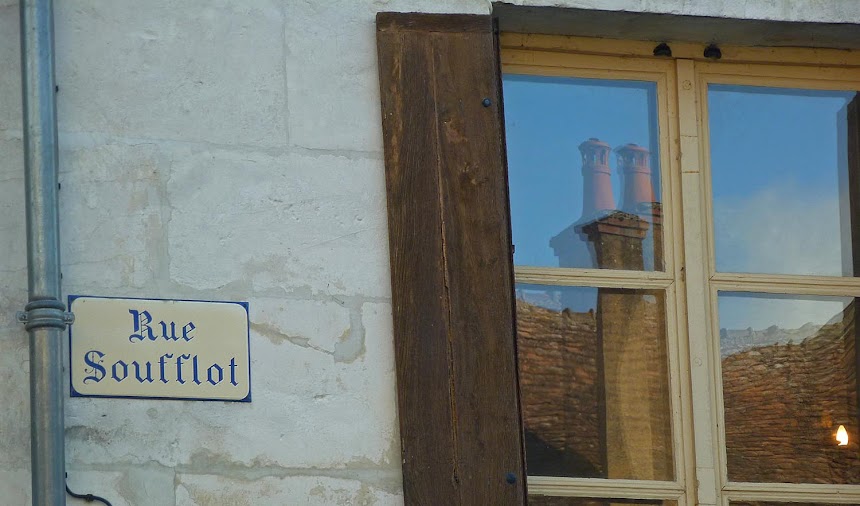 The Irancy vineyard covers about 600 acres on the hillsides all around the village. After we spent time on the heights taking pictures and letting Callie enjoy a nice hour or so outdoors, we drove down into town and ended up buying some wine from a local vintner.
Posted by Ken Broadhurst at 08:00