At the summit of the little village of Montréal in Burgundy stands a church surrounded by a graveyard. The church dates back to the 12th century and is known as la collégiale Notre-Dame-de-l'Assomption. It was restored by Viollet-le-Duc in the 19th century. I found the cemetery very picturesque.

The photo above shows a sign that struck me as funny. It's posted on the fence right in front of the church, and it says "Space reserved for Father Jean Michel". My first thought was that the space referred to might be a grave. I think it was actually the priest's parking space. 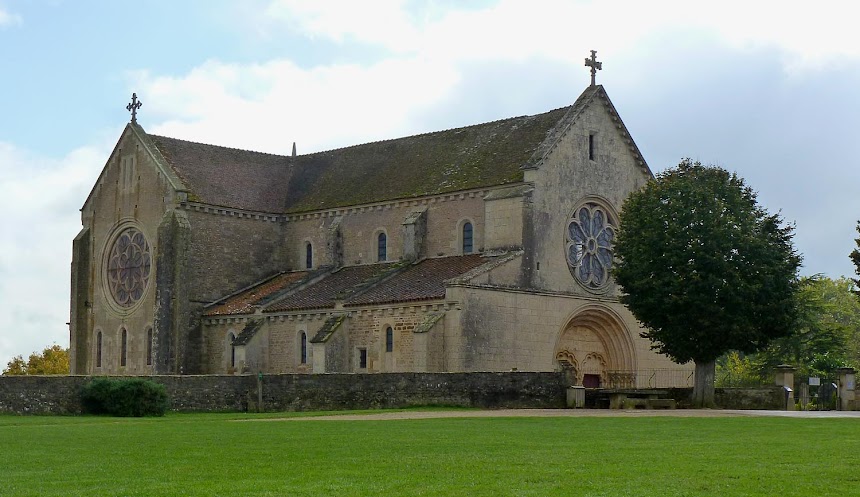 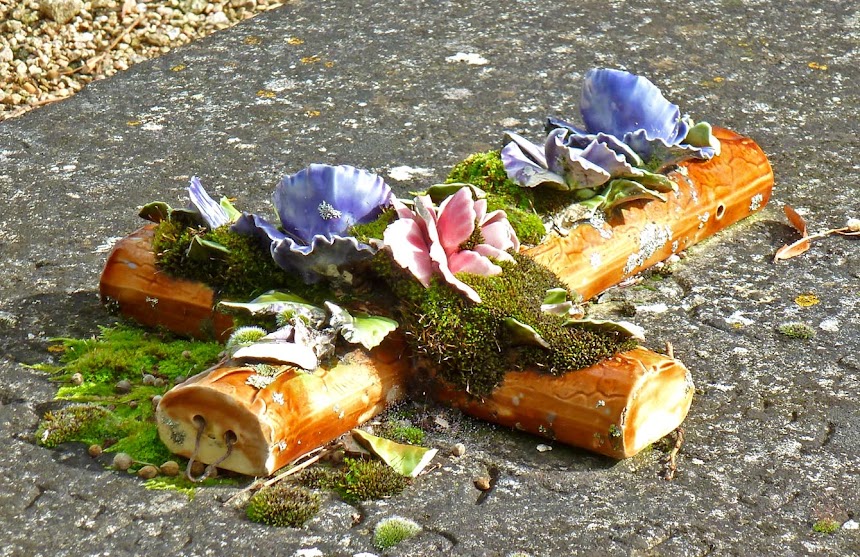 Yesterday I posted a photo of a salamander that looks suspiciously like the one that was king François Ier's "logo". Well, it probably is just that. I read this morning that François visited Montréal twice during his lifetime (first half of the 16th century). 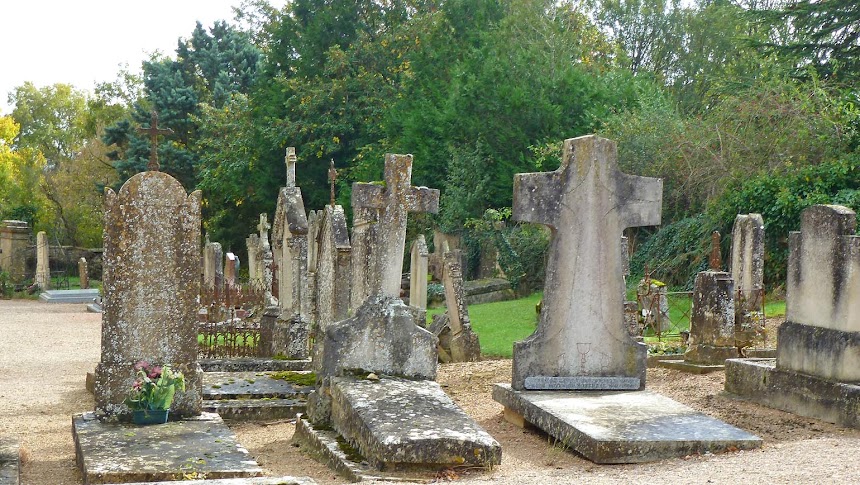 From the church, there are views out over the surrounding countryside. It was all very green when we were there — photos later. Montréal was a fortified town, built on a high hill for strategic reasons. It seems that it was surrounded by vineyards until the end of the 19th century. The phylloxera scourge must have killed off the local wine business. 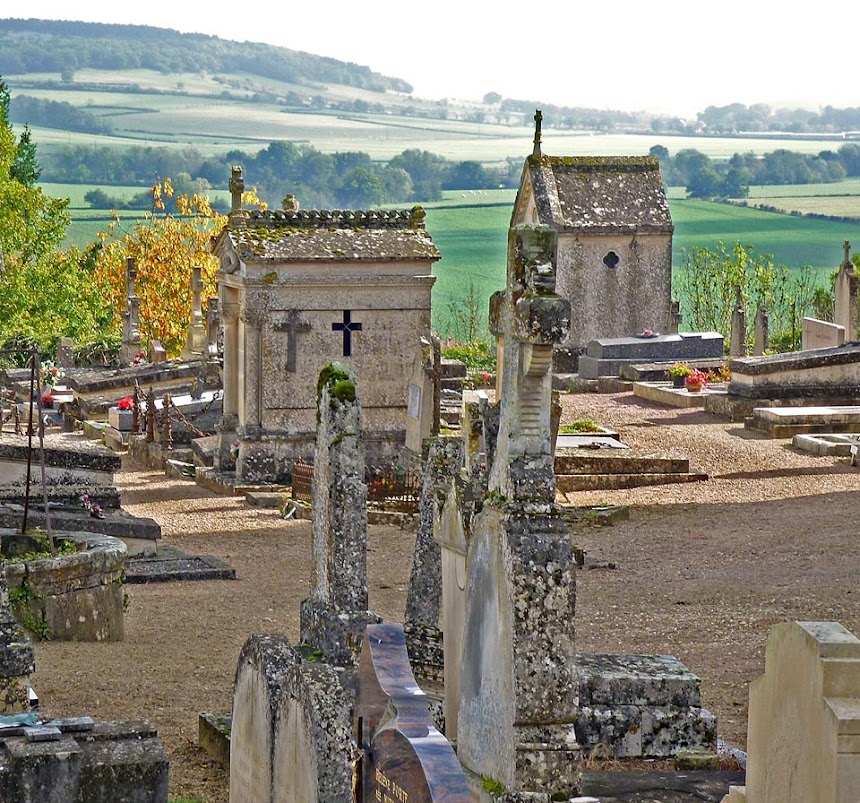 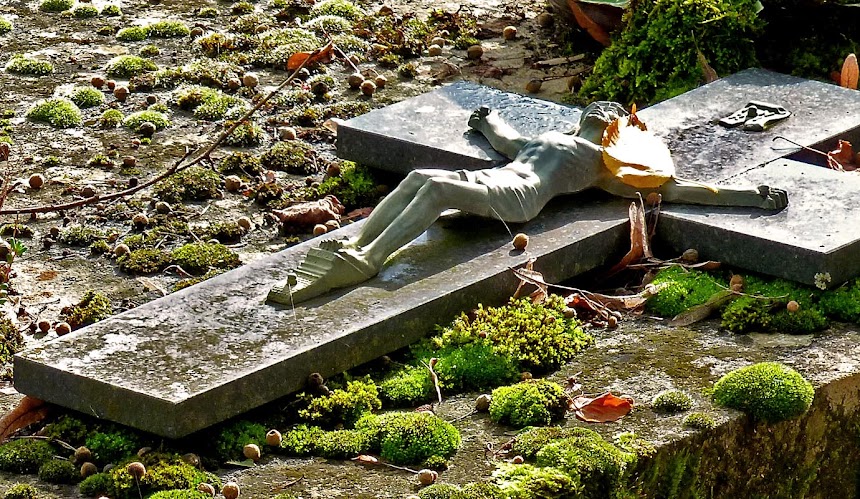 Montréal only about 8 miles from the town of Avallon. I didn't even realize that when we were there that Thursday afternoon, because we drove in from the other side. We had been in Avallon two days earlier. I guess if you lived in Montréal, Avallon is where you would go for shopping and other basic services like banks, doctors, and coiffeurs.