Our Thursday morning in Burgundy, last October 23, was a disappointment. It wasn't that the sights weren't worth seeing. It was the weather. In Môlay early in the morning, it was gray but dry. I had a good walk around the village with the dog. 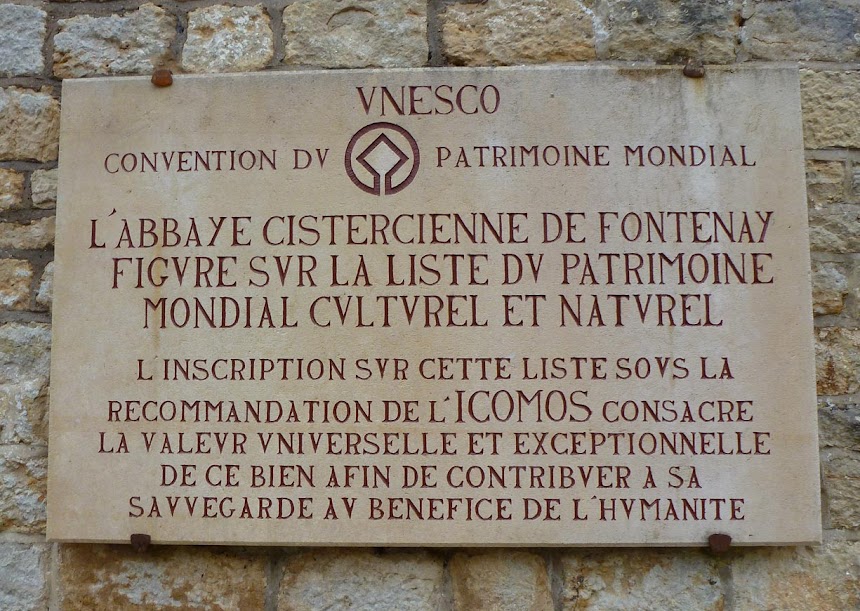 We wanted to see the Abbaye de Fontenay near Montbard.


By the time we headed out for the day's touring, however, a light mist had started falling. We were headed southeast to the town of Montbard, 40 km (25 mi.) from Môlay. It was a 45-minute drive, according to Google Maps. And as we drove, the mist turned into drizzle and the drizzle turned into rain. It wasn't predicted. 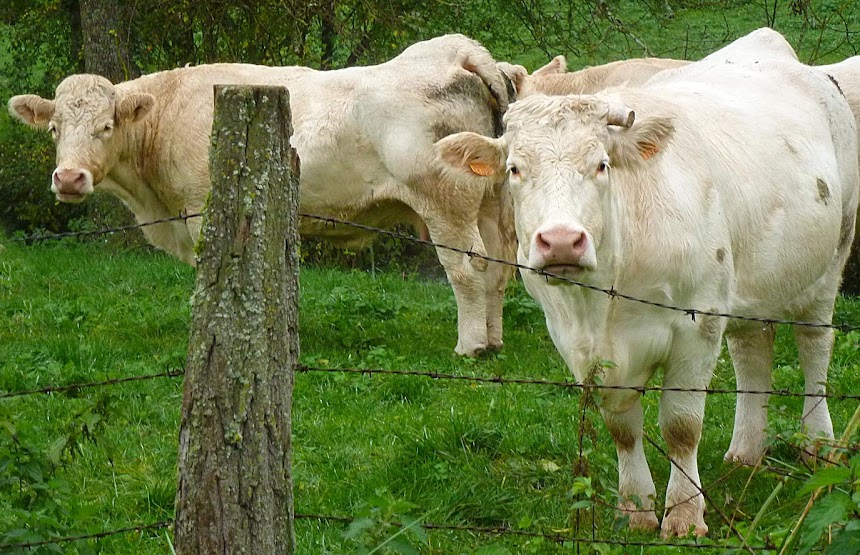 White cows in a pasture near the Abbaye de Fontenay

Our plan was to go take a walk around the grounds of an old religious complex called the Abbaye Royale de de Notre-Dame de Fontenay, out in the country just east of Montbard. We got kind of lost driving through the town, but I wanted to get a glimpse of it anyway, so it didn't matter. We ended up on a tiny winding road through cow pastures, but we finally found the place. 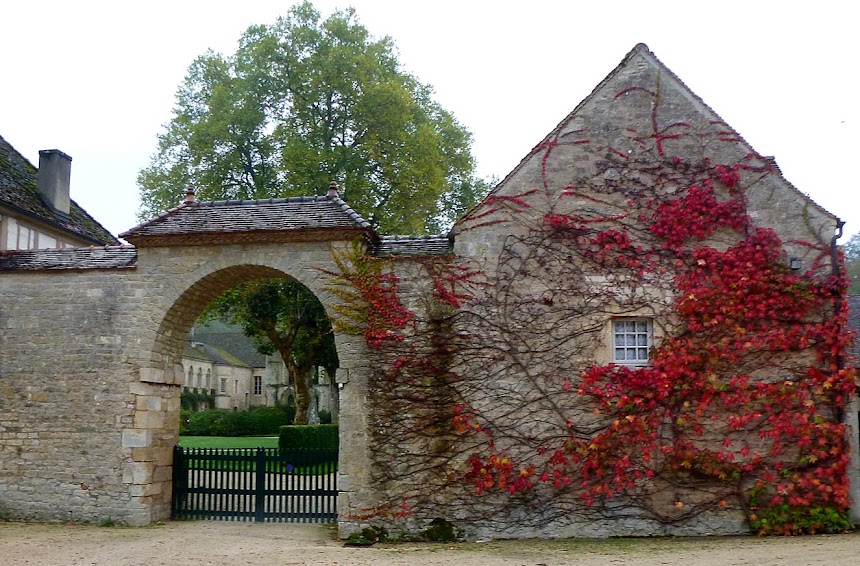 Despite the rain, we did manage to peek inside the front gate.

This wasn't the first time we'd tried to see the Abbaye de Fontenay. CHM had told us about it more than 20 years ago, and on one of our trips to Provence in the mid-'90s we had stopped in Montbard and found the abbey as we were driving back to Paris at the end of our stay. We drove up right at 6:00 p.m., just as the gates were being closed for the night. Raté.

This stitched-together image isn't perfect, but it gives you an idea of the view through the main gate.

This time, we had Callie in the car, and it was raining. I had read on a web site that you could take your dog on the walk around the grounds and see the exteriors of the buildings as long as the dog was on a leash. That was our plan. With with the rain, it wasn't possible. The worst thing would be to have a soaking wet dog in the car after such a walk. And we didn't want to go on the guided tour of the buildings. Raté.