That web site about the Abbaye Royale de Fontenay that CHM mentioned in a comment yesterday has an English-language version, here. I grabbed the text that accompanies my photos in this post from the Fontenay Abbey site, which itself features  many excellent pictures of the whole complex as well as of the interiors of the buildings. 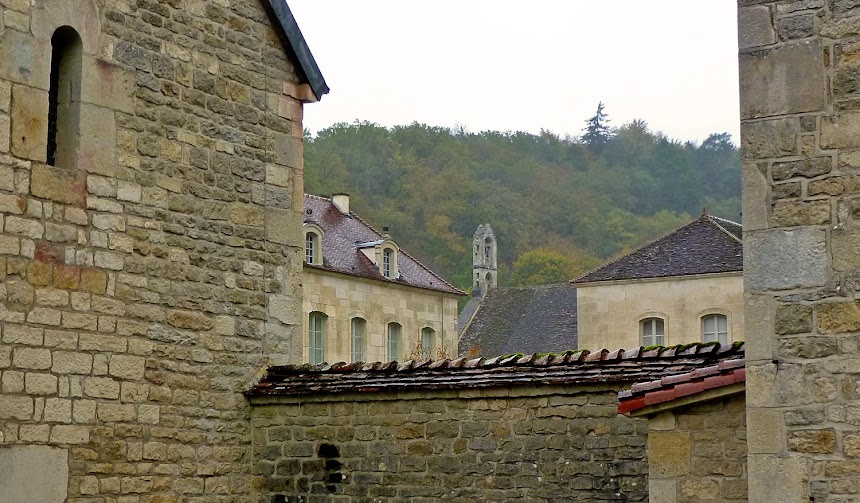 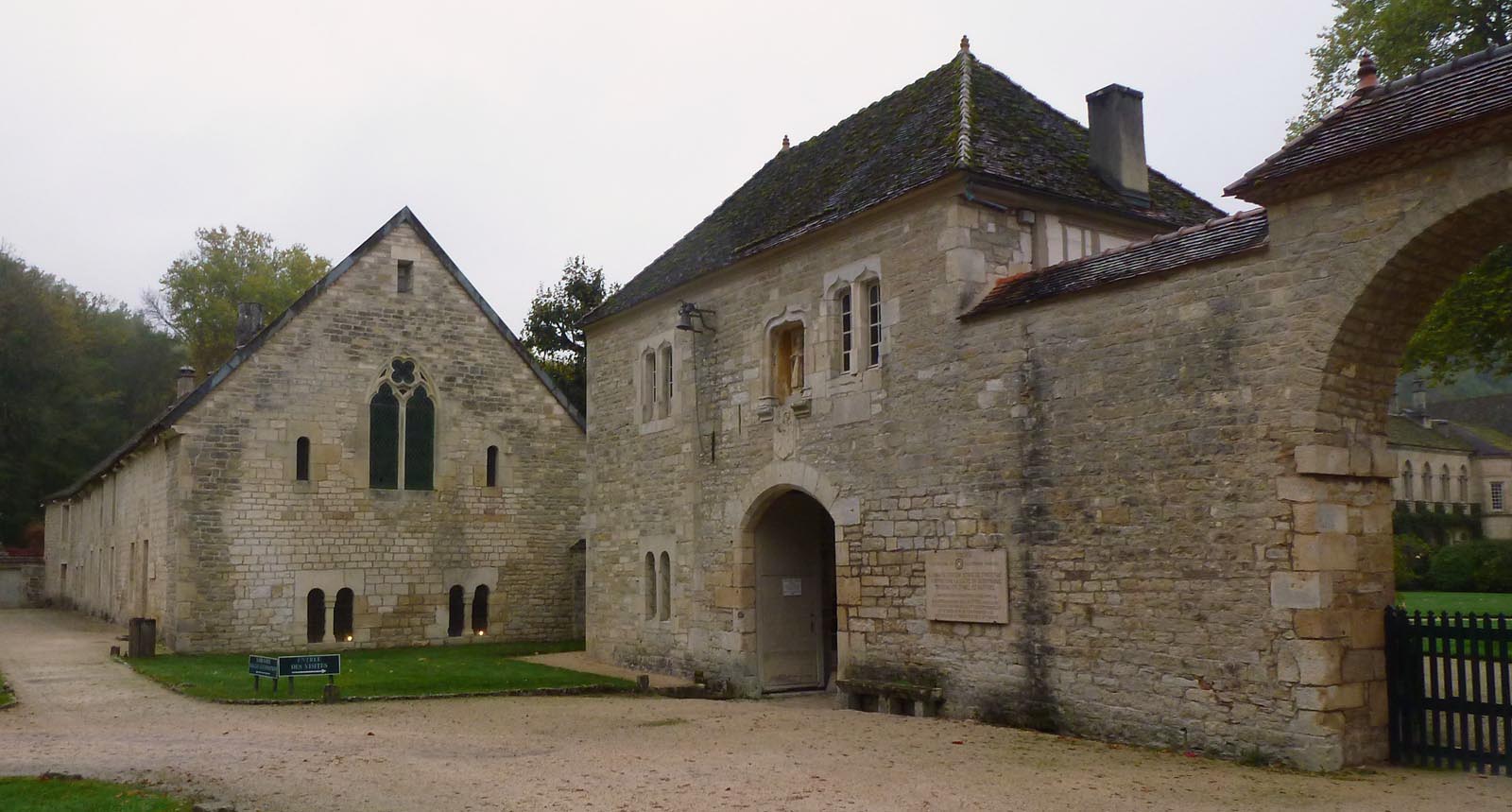 Fontenay Abbey in Burgundy was founded in 1118 by Saint Bernard of Clairvaux, a leading French saint, and is the oldest preserved Cistercian abbey in the world. 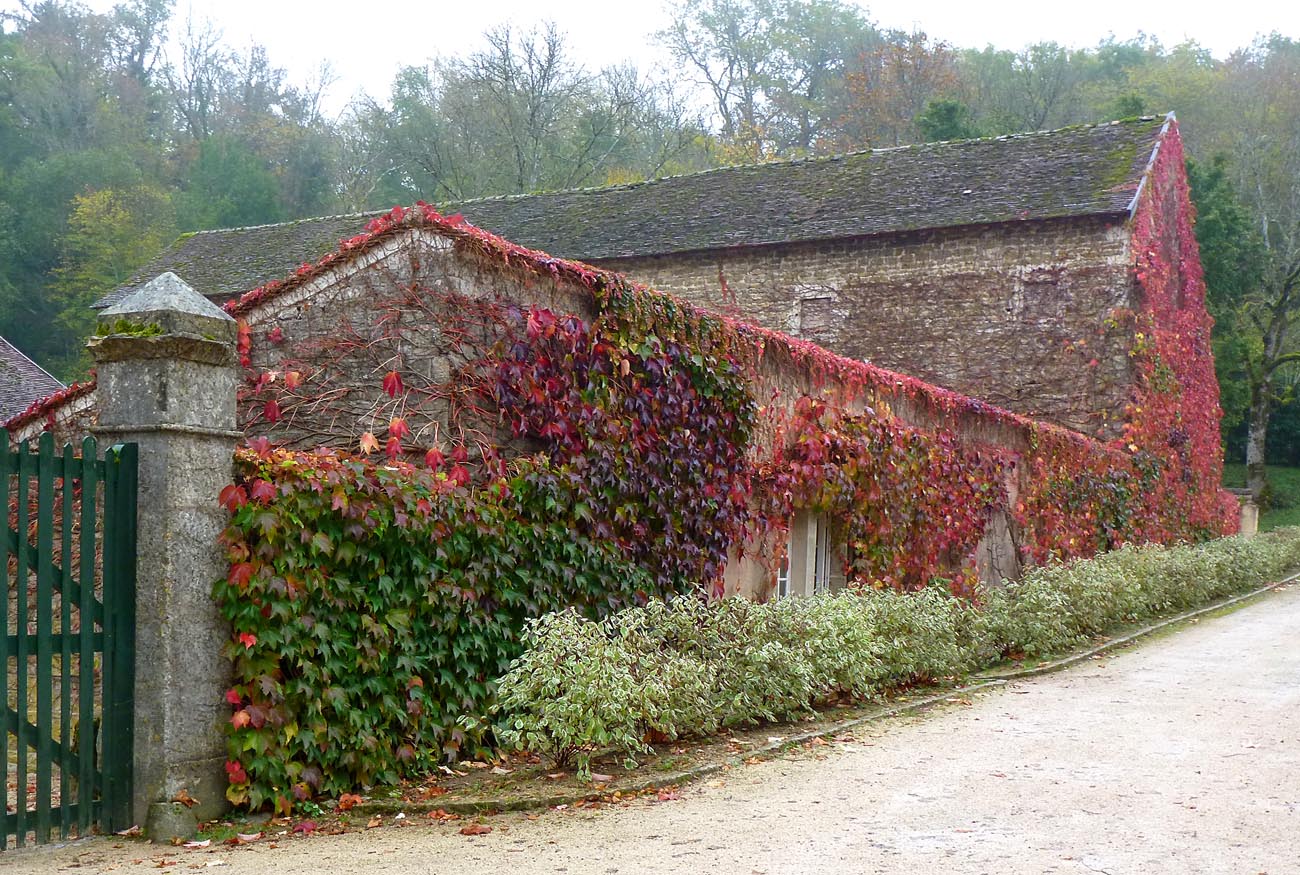 Recognized as French historic monument in 1862, it was declared World Heritage by Unesco in 1981. It was one of the first French monuments on this list, which has distinguished the exceptional interest of the Abbey and its natural environment.

After the French revolution, which led to the departure of the monks, it was converted to an industrial use which preserved all the buildings of the Romanesque period: the Abbey Church, the Dormitory, Cloister, Chapter Room, the Common Room, and the Forge. 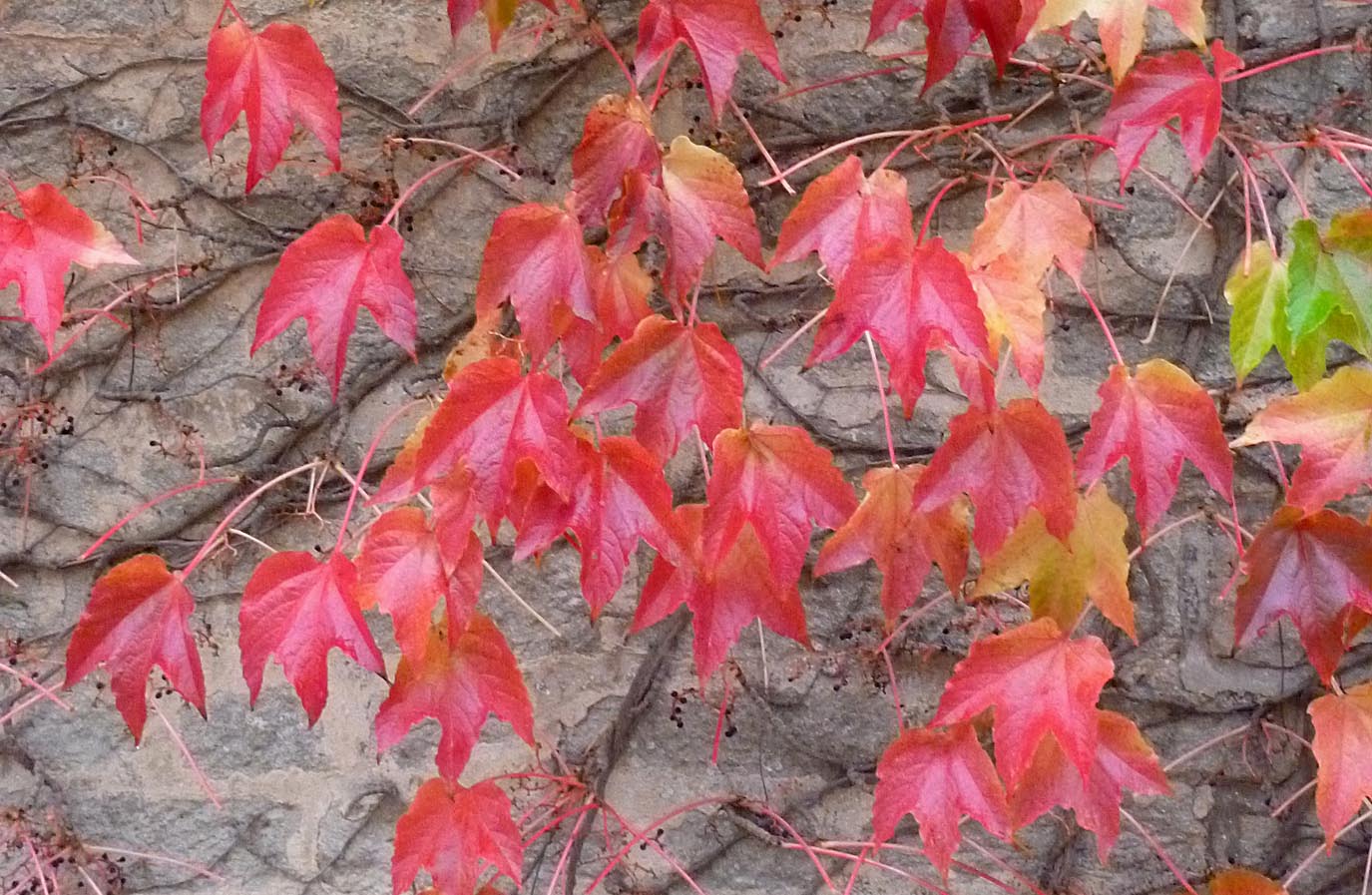 The Abbey is decorated with a landscaped park which was listed in 2004 as "Remarkable Garden" by the National Council of Parks and Gardens. 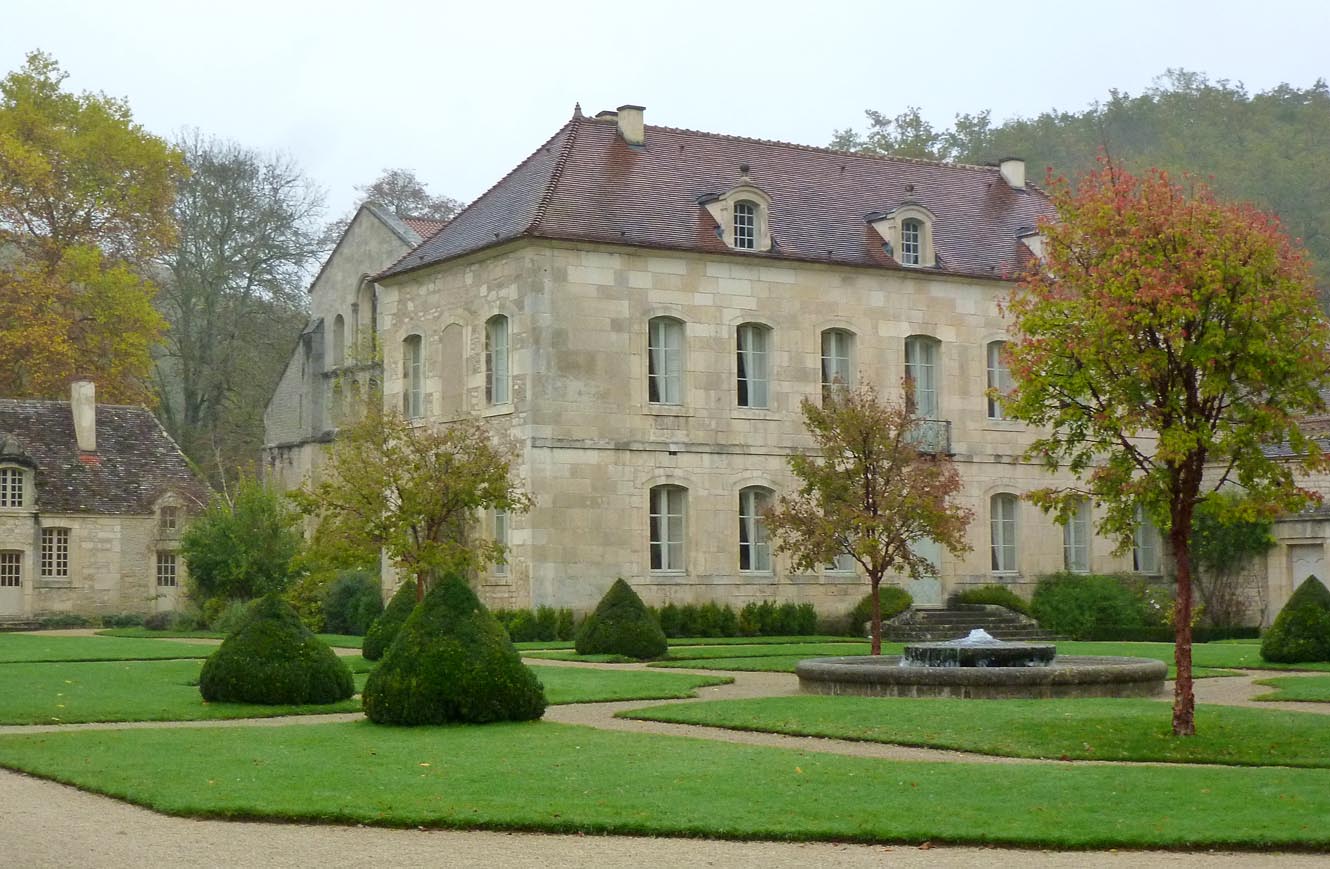 Located in northern Burgundy, it is nestled in a fully preserved valley which extends over 1,200 hectares. 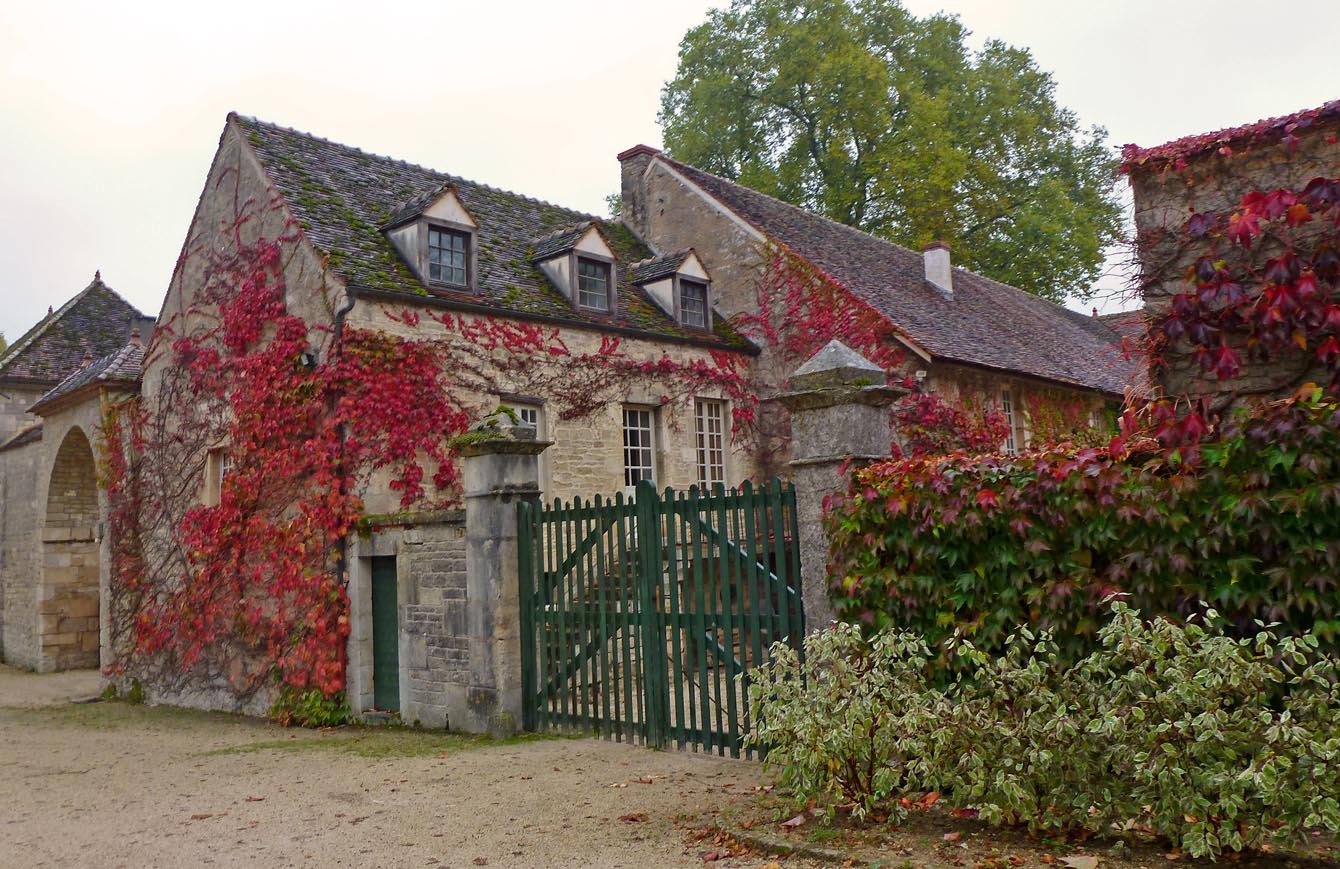 Since 1820, the Abbey of Fontenay has been the private ownership of the same family, which continues to preserve this exceptional site opening to public visit all year round. The Abbey welcomes 100,000 visitors each year who come to admire the beauty and purity of architecture unspoiled for 900 years, and enjoy the quiet of a place designed for spirituality.
Posted by Ken Broadhurst at 07:30