The village where we stayed in northern Burgundy back in October was called Môlay.
On the third day we were in Burgundy, I went for a morning walk with Callie the collie
and took a few more photos. 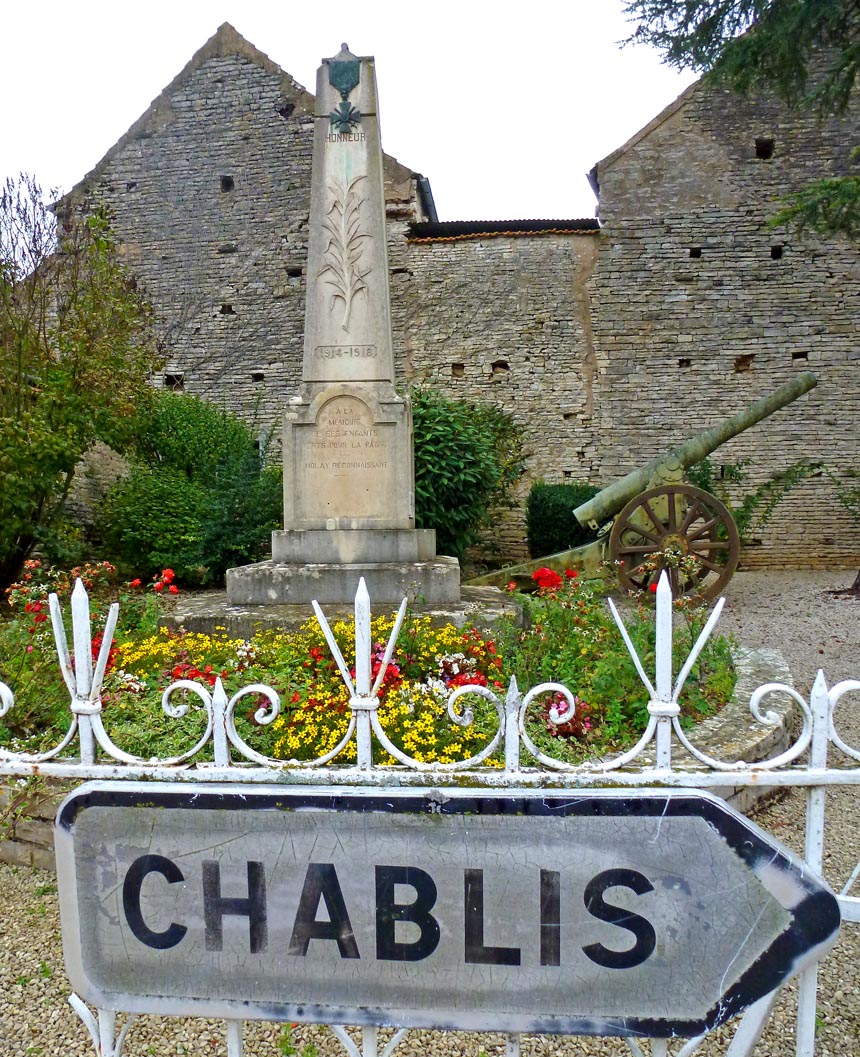 Like nearly every little town in France, Môlay has its monument to the soldiers from the village who died in the Great War between 1914 and 1918.

The famous wine village of Chablis is only half an hour's drive to the northwest. 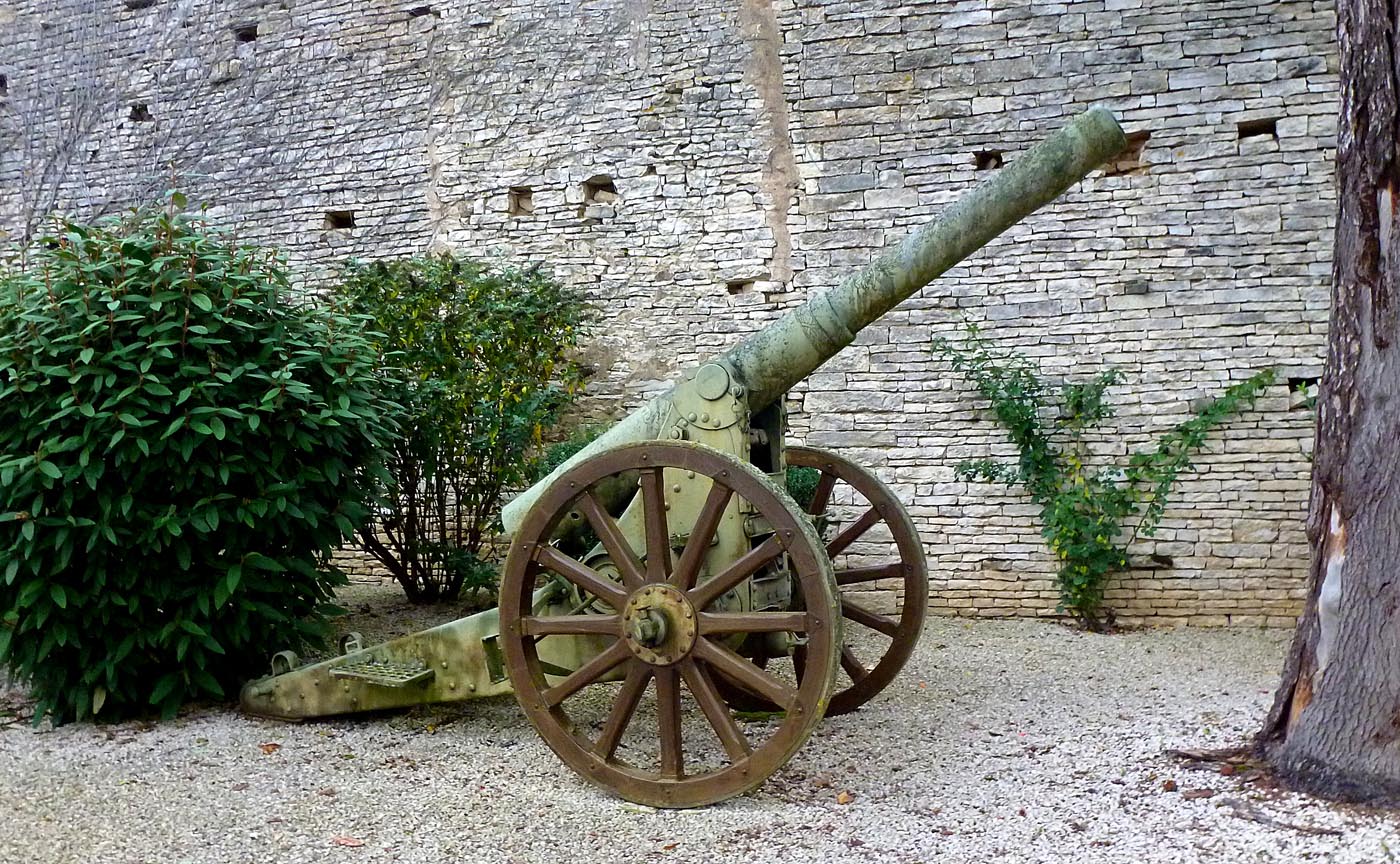 Next to the war memorial is this old cannon. I didn't find out which war it was used in. Three major wars were fought wars on French territory between 1870 (Franco-Prussian) and 1945 (World War II), including the most deadly, World War I, in which millions died. 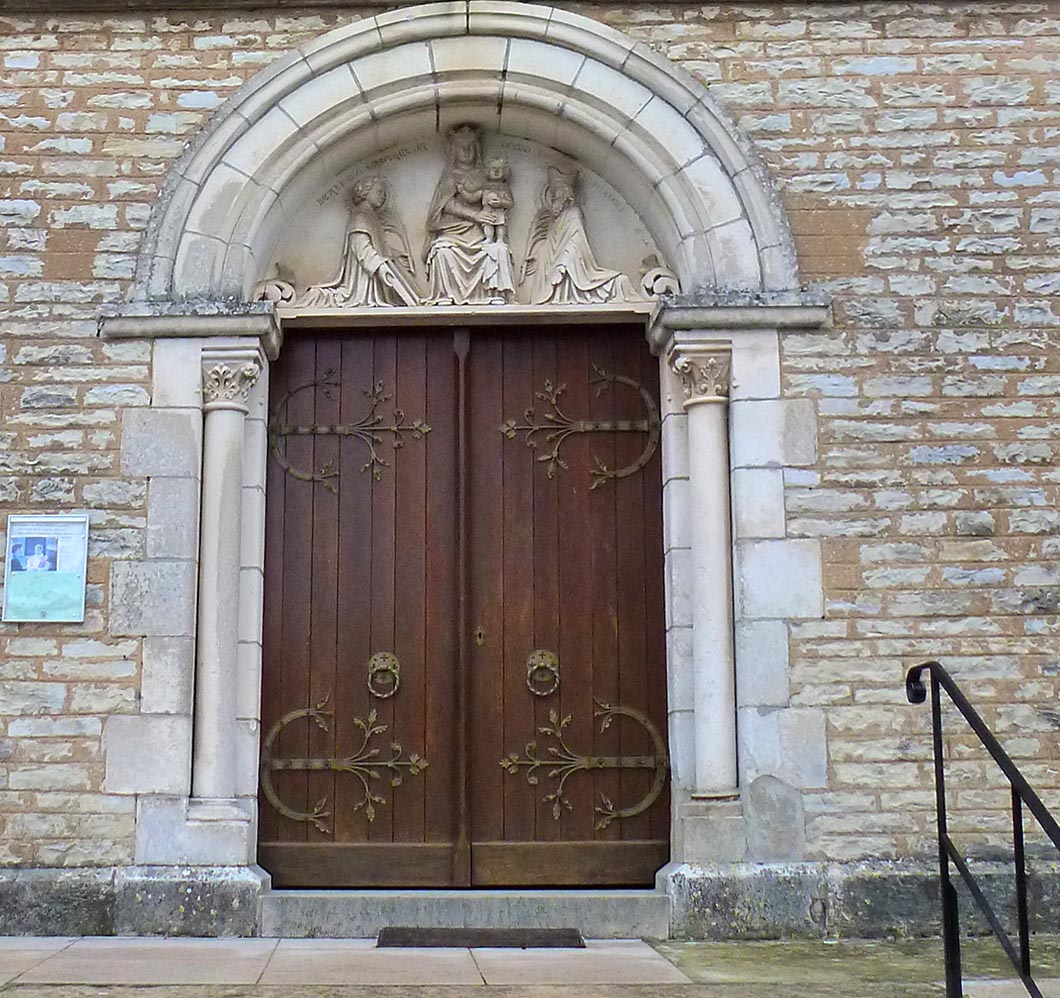 The village also has its church. In fact, it is the fact of having a church that makes a place officially a village in France. Little settlements in the country that don't have a church are called hamlets (hameaux), like the one where I live in the Cher river valley. 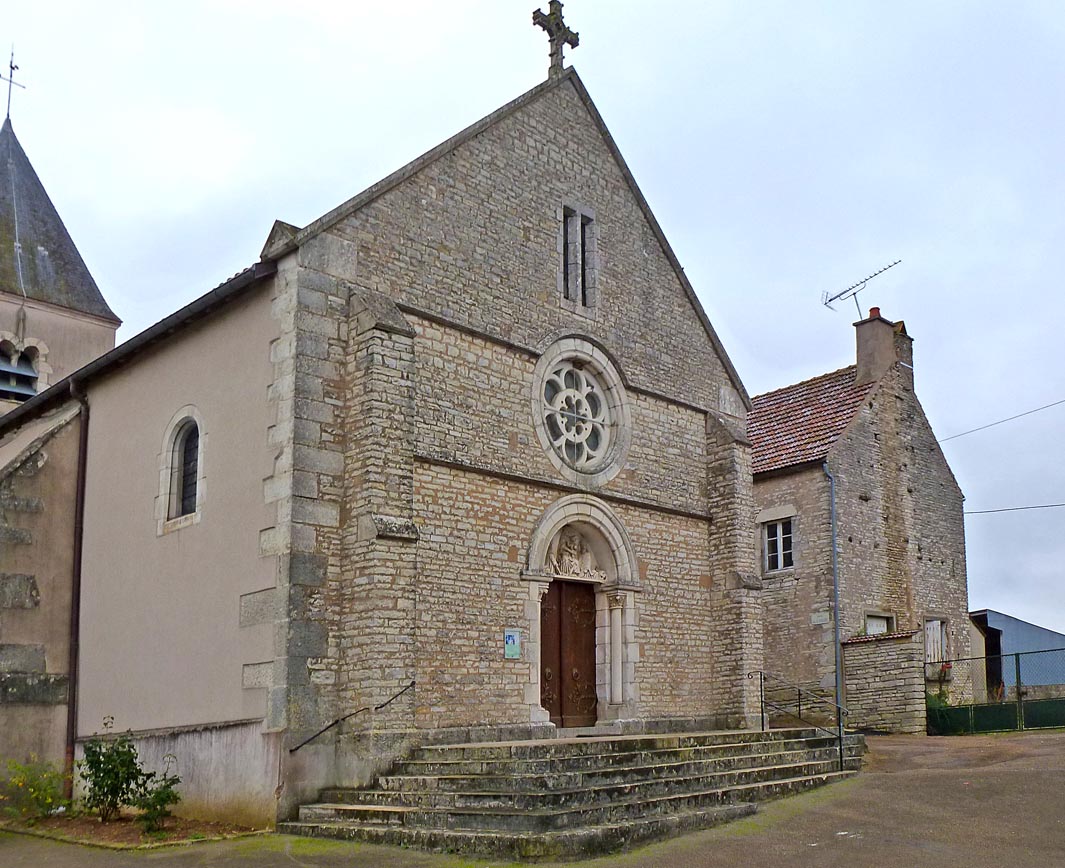 The church in Môlay is the Église Saint-Laurent (dedicated to Saint Lawrence). It was locked up tight the day I tried to go inside. The village has only about 120 inhabitants, but in the 19th century it was home to three times as many people. 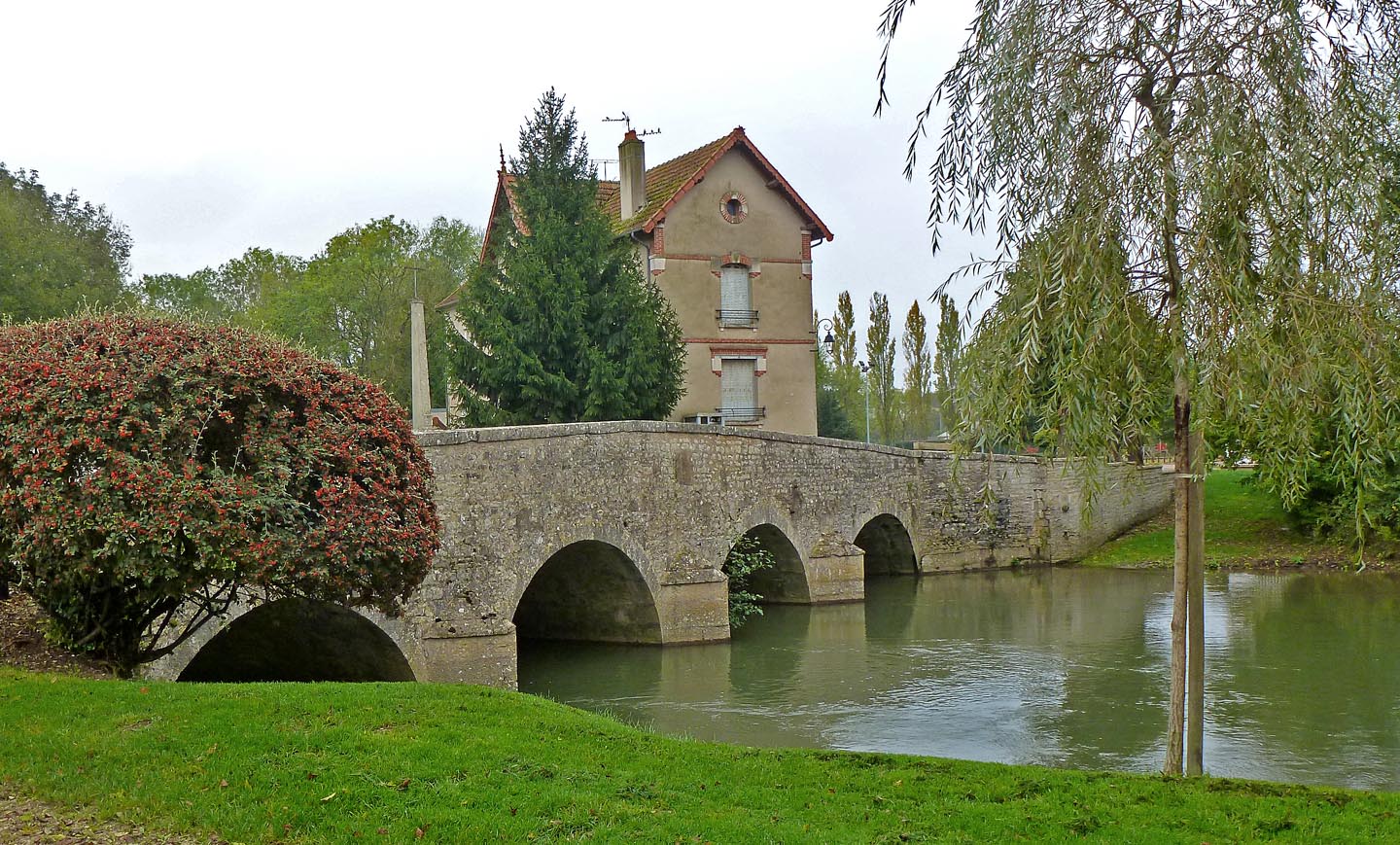 The closest neighboring village is called Annay-sur-Serein — the Serein is the river, a tributary of the Yonne river, which in turn flows into the Seine. Paris is about 125 miles north. Annay has a stone bridge like the ones you see in many French towns and villages.
Posted by Ken Broadhurst at 07:15