It seems to be snowing west and slightly north of Tours this morning. We might get a few flakes later today, but it's supposed to be minor. I hope it's not too icy out because I have to get into the Peugeot and go to five different shops and stores before noon. 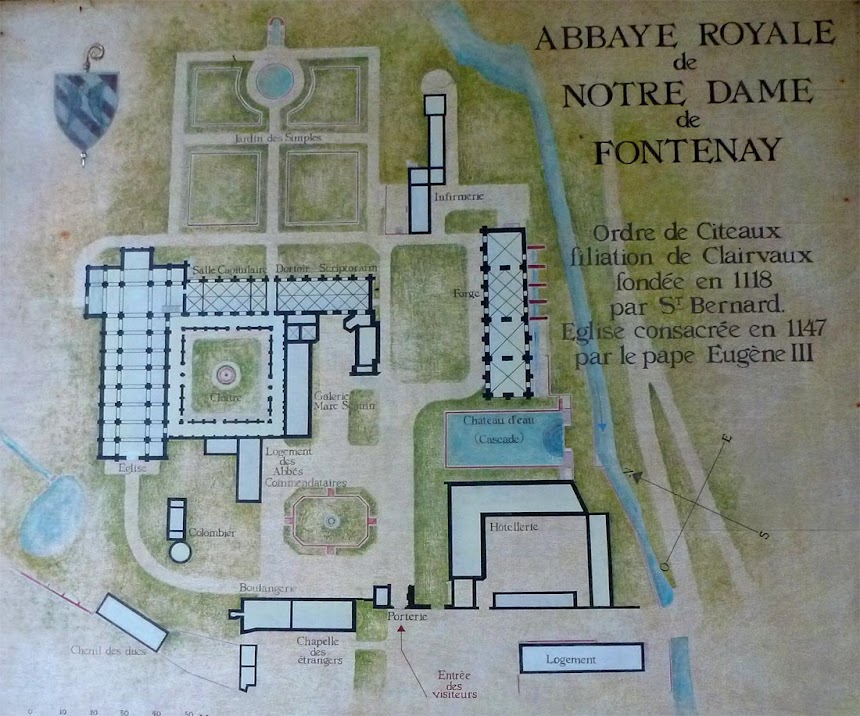 Meanwhile, here are some more photos I took at the Abbaye Royale de Fontenay in Burgundy last October. Some people might not know what an abbey is, especially those who are not Catholics — it's a convent or monastery that's home to a religious order. The Michelin Guide says that Fontenay, perfectly restored, gives visitors a very accurate picture of what a 12th-century abbey looked like. 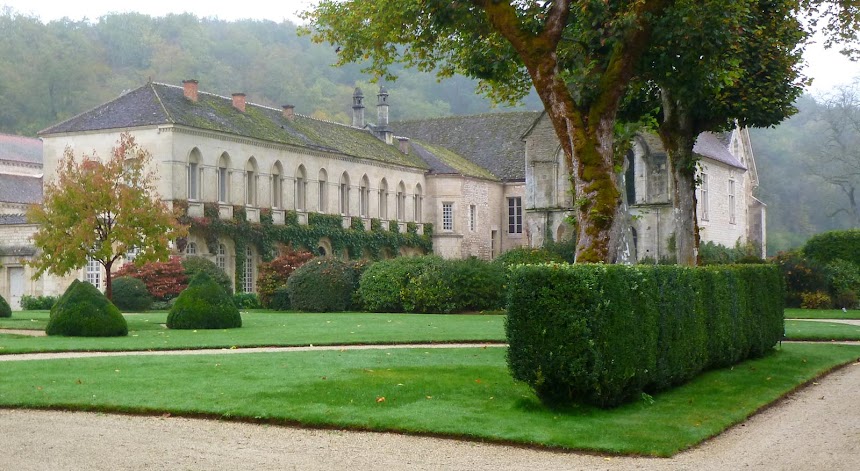 I'm sorry we didn't get to stroll around the grounds. The rain was a surprise, and the guard at the front gate was assuring people that it would soon clear away. He was telling people to come back in the afternoon. Walt and I had other plans, however. Another time... 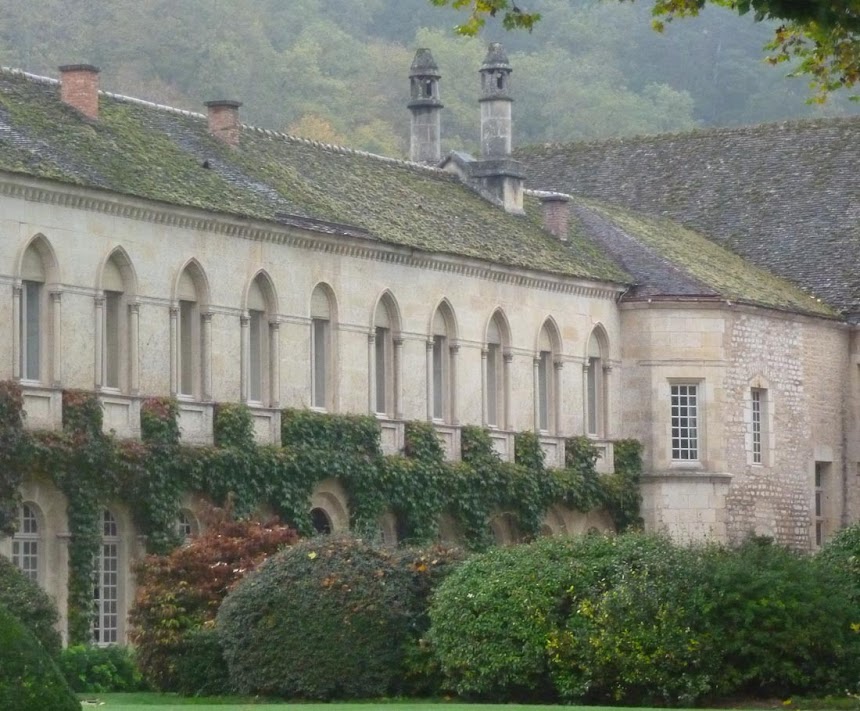 Fontenay is now privately owned. New owners started restoring the complex in the early years of the 20th century. The abbey church, consecrated in the year 1147, is one of the oldest Cistercian churches in France. I would have loved to see the cloister, of which the Michelin Guide calls "incredibly harmonious" and "elegant" in style and proportions. 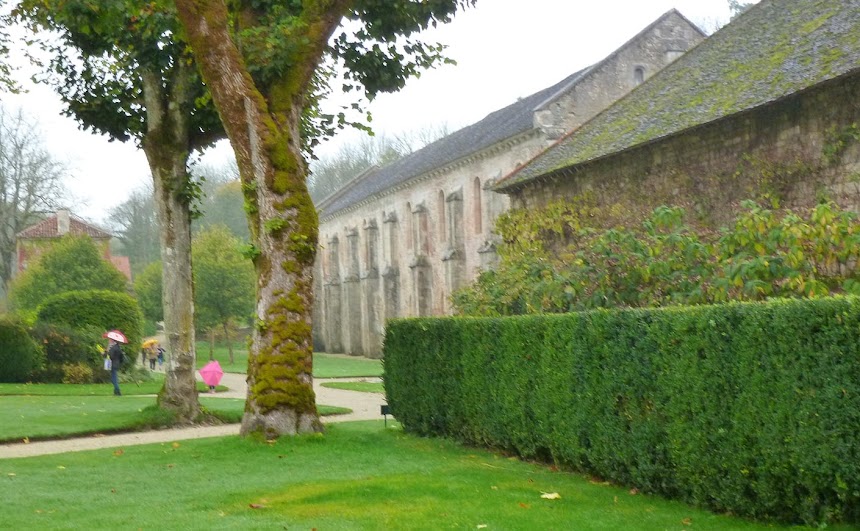 I have an idea what it all looks like, because there is a well-preserved Cistercian abbey not too far from Saint-Aignan, over near the city of Bourges, called Noirlac ("black lake"). CHM and I went and spent a few hours there back in June of 2009. The first three posts you'll find by following this link show pictures of the Abbaye de Noirlac.
Posted by Ken Broadhurst at 07:30