It's called « gui » in French. C'est le gui, ou du gui, and it's pronounced [GHEE] with a hard G. The word derives from the Latin name for the plant, Viscum album, according to the Grand Robert dictionary. The English name, mistletoe, has German roots.

That's funny, because mistletoe seems to be a rootless plant. Actually, mistletoe's roots are modified to penetrate the branch of a tree and draw sustenance from the tree's pulp and sap. Le gui is a parasite, and it thrives on certain tree species especially — apple trees and poplars, for example. 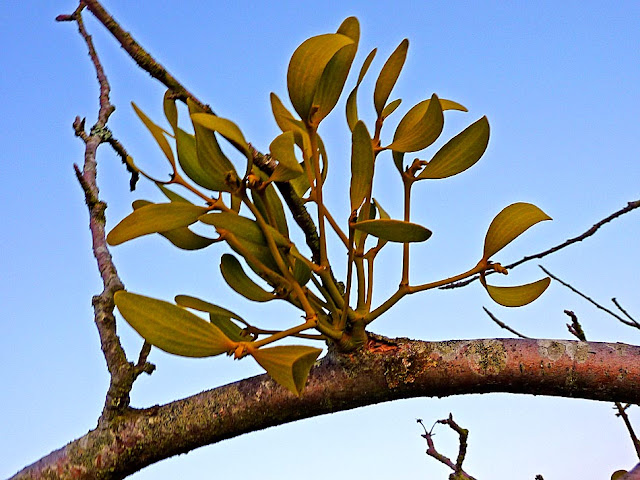 Mistletoe "taking root" on the branch of an apple tree

The oldest and biggest apple tree in our yard has three or four big clumps of mistletoe growing in it. Walt says he's going to try to cut them out this spring. Another smaller apple tree out by the back gate has a couple of big balls of mistletoe in it too. 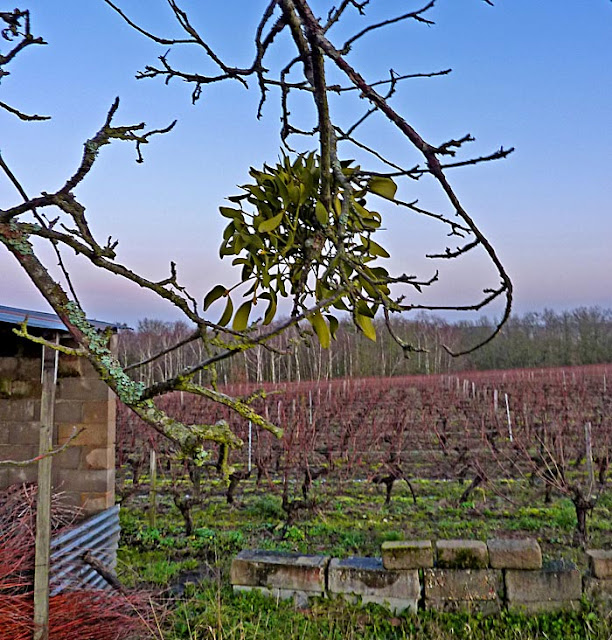 Same tree — the gui is starting to form its characteristic ball

One popular name for mistletoe in French is Vert de pommier — Apple Tree Greenery. Mistletoe stays green through the winter, and that's when it's most visible, up in bare tree branches. 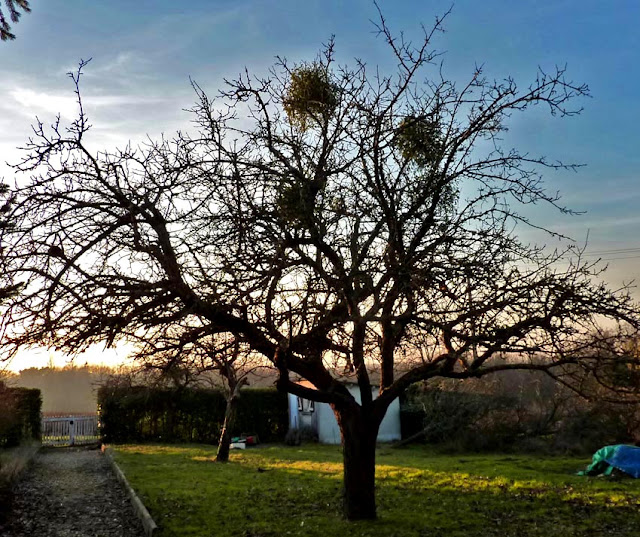 Clumps of mistletoe in our biggest apple tree

Yesterday I noticed that a spindly little apple tree out in the vineyard, next to the vine workers' shed, has been colonized by mistletoe too. It seems mistletoe is spread principally by birds called "mistle thrushes" that eat the white berries of the parasitic, epiphytic plant. Some of the berries pass through the thrush's gut without being digested. The seeds are in the bird's droppings, which land on tree limbs. 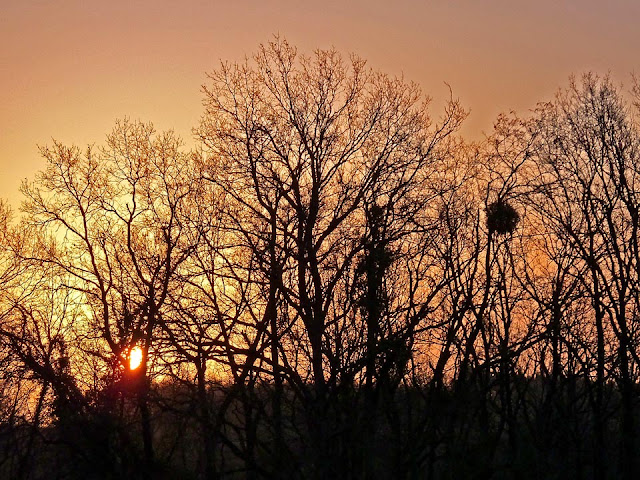 You can see a clump of mistletoe in this shot of yesterday's sunrise.

Mistletoe only rarely grows in oak trees. When ancient druid priests found oak mistletoe, it had special religious significance for them. So now it's an important symbol around the beginning of the new year. XOXO
Posted by Ken Broadhurst at 08:45