When we moved into this house in 2003, I found a big Schlumbergera growing in an old clay pot down in the garage. I wonder if it had been watered during the two+ years that the house had stood empty before we bought it. 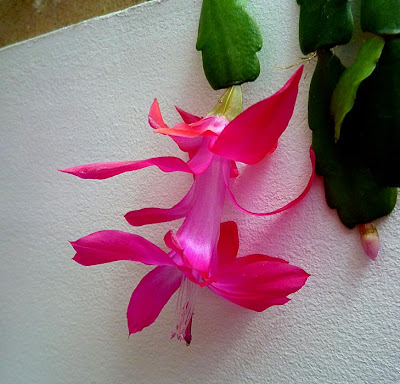 I moved it upstairs when we settled in that summer, and I started watering and feeding it regularly. I still have it, and it's going strong. It didn't flower much this year, probably because December was so gray and rainy, and it didn't get much sunlight. 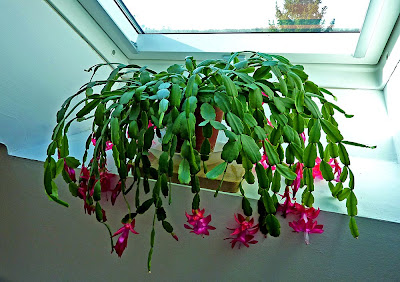 But over the years, I've broken off branches and started several new Christmas cactus plants. One of those sits on a window sill under one of the Velux roof windows we had put in year before last. It gets full western sun, such as it is during our gloomy winter. And it flowered quite a bit in December. It's nearly finished now. 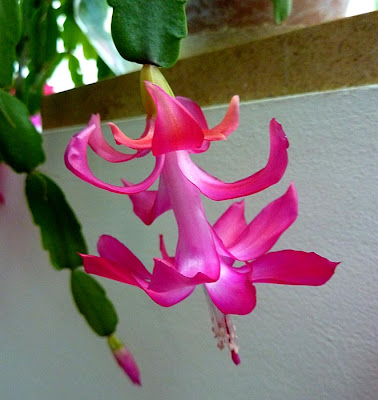 I never realized until reading about them this morning that the Schlumbergera plants are leafless. It's the branches that are green and perform photosynthesis. In they wild, they grow in a small part of Brazil and are epiphytic (they grow on tree limbs) or epilithic (on rocks). They are very easy to keep, requiring little water and not that much direct sun.