Earlier this week, after dropping Walt off at the gare for his quick trip to Paris, I went shopping at the Paris Store market in Blois. Paris Store is a chain of grocery stores that carry a wide rangle of products imported from Asia.

I bought a load of rice noodles, mung-bean noodles, bottles of Thai fish sauce and black rice vinegar, bags of corn meal, dried shitake mushrooms, and pinto beans, and two kilos of frozen shrimp, among other delicacies. When I thought I had finished shopping, I pushed my cart to the single check-out stand in the store. I was just going to just stand and wait as the customer ahead of me paid for and packed up her groceries. 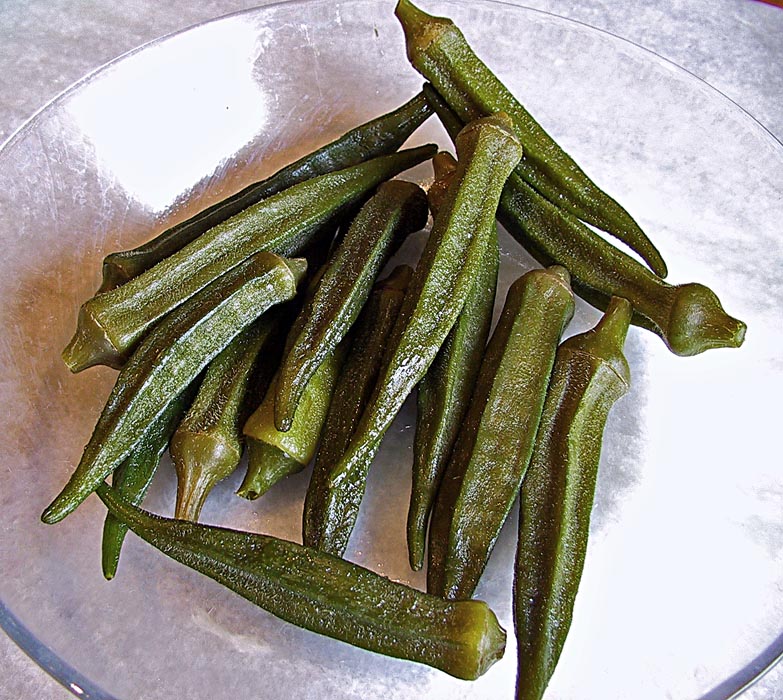 Gombos, or okra
But there was nobody in line behind me, so I thought I might as well take a quick look at the vegetables and spring rolls of all kinds in the freezer cases right behind me. That was when I discovered the okra. In French, okra are called gombos. These okra, imported from Thailand, are actually labeled « Gambo », but that's okay. They are okra. I picked up 2 kilos. 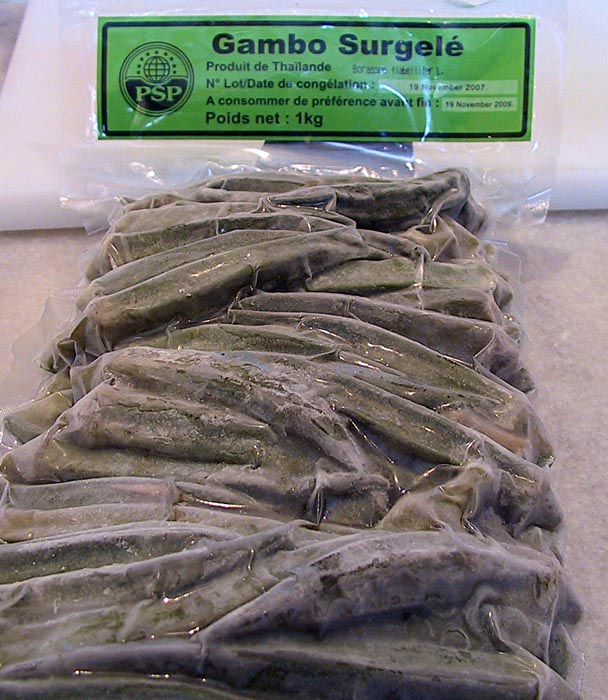 A slight labeling issue
When I was packing up my groceries, I told the clerk how happy I was to have found gombos. He looked at me and said, well, you asked me if I could get some, so I did. I thanked him.

Walt and I had made a Paris Store run back in January. That day, I asked the Paris Store employee whether he ever had okra available. He didn't seem to understand the word okra, so I said, you know, des gombos. He understood that. "I ordered some once, fresh okra, but it didn't sell," he told me. "I ended up having to throw it out. If you want some, I can get it for you, but you have to buy 10 kilos of it."

Ten kilos is 22 pounds. Now I wanted okra, but what would I do with 22 pounds of it? "You could blanch it and freeze it," the Paris Store guy said. I asked him whether he might be able to get frozen okra. He said he didn't know. 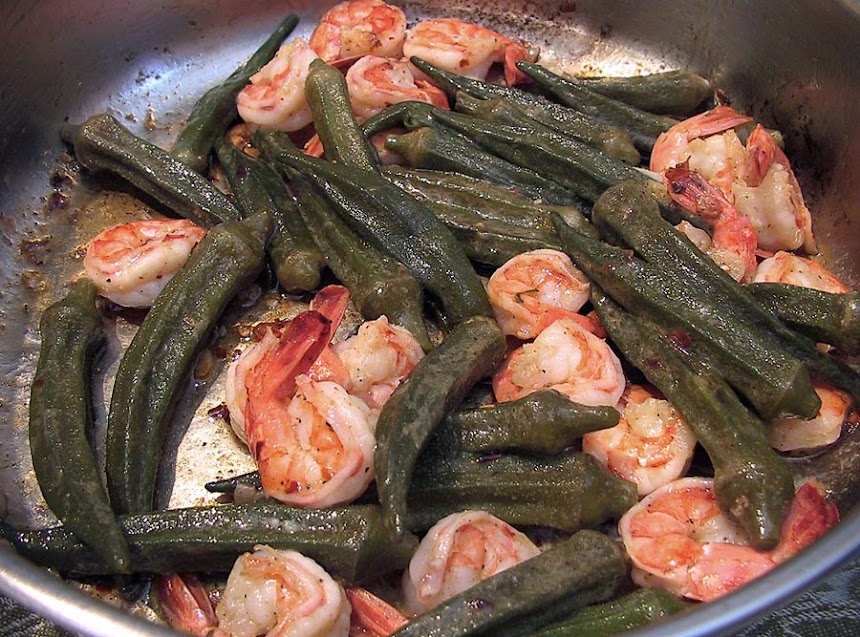 Shrimp and okra cooked in olive oil
with hot red pepper flakes and garlic
Well, he remembered and he did find frozen okra. I took 2 kilos of it off his hands. I think maybe you have to be a Southerner to appreciate what a find this was. Okra and tomatoes. Fried okra. And Louisiana gumbo!

Yesterday I made shrimp and okra with grits. It was something I had made when I was in North Carolina a couple of years ago, and I had been thinking about it ever since. Okay, I can hear some people already: Slime! Yuck! Actually, that is the essence of okra. I say: "Embrace the sliminess!" — but try not to get it all over your clothes. 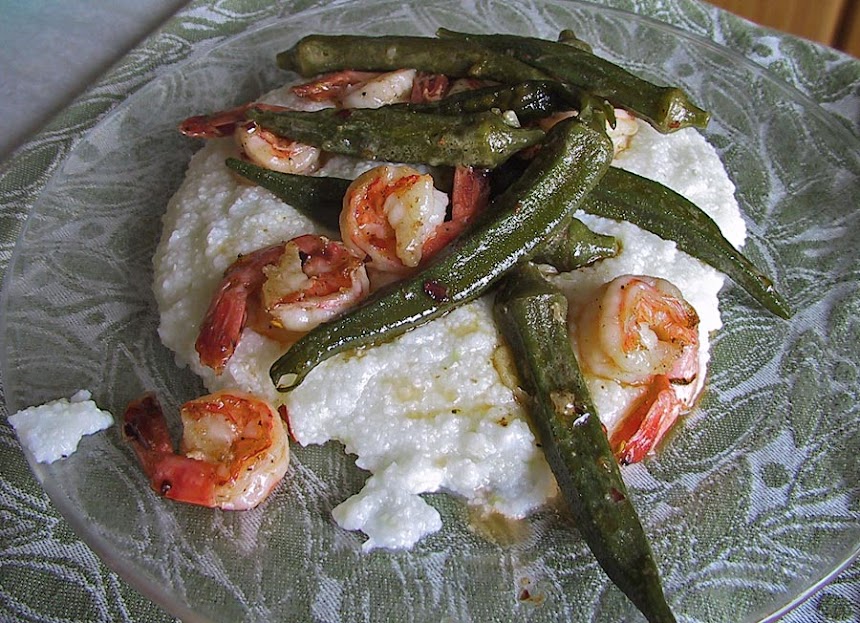 Grits, shrimp, and gombos
This okra I bought was imported from Thailand, so it's not exactly ecologically correct in terms of its carbon footprint. In 2006, I found some fresh okra at the Tang Frères supermarket in Paris and made a great Okra Pilâu from one of my Southern cookbooks (here's a link to my blog topic about that).

The recipe for shrimp and okra with grits is pretty simple. Cook some okra in boiling water for 10 minutes. Cook some grits or polenta in a separate pot of water. Peel, devein, and sauté some shrimp in vegetable oil with sliced garlic and hot red pepper flakes. Add the okra to the pan with some butter or olive oil for flavor, and turn down the heat. After a few minutes, serve the shrimp and okra over the grits.
Posted by Ken Broadhurst at 07:05