Now they are saying it's going to rain in Saint-Aignan today. And we could really use the moisture. The ground seems very dry, especially out in the vineyard. Maybe the vines are sucking up a lot of water right now. I see leaf buds on a lot of them these days. 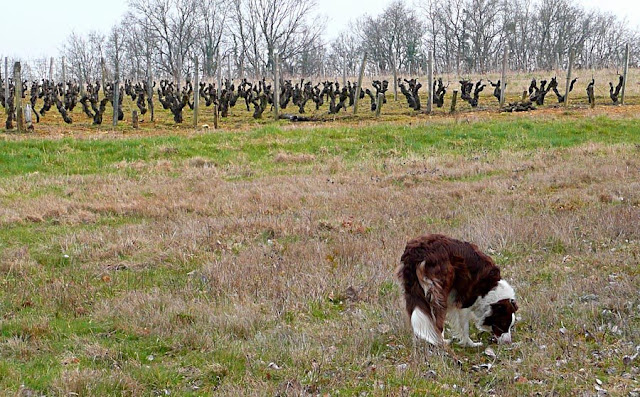 French dogs say « Ouah ! Ouah ! » when they want attention.
I say it seems dry, but yesterday I dug a hole to plant a sage bush in. I was moving it from one location to another. Just a few inches down the ground is still very wet. This clay soil we have really holds moisture, I guess. I have a second sage bush to transplant, but I probably won't get it done today, assuming it rains. 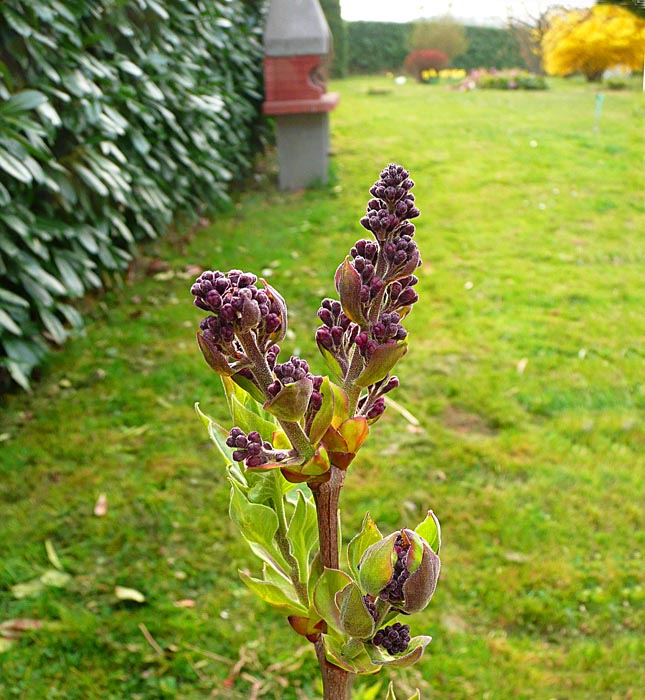 The little lilac bush we planted in 2007 is about to bloom.
I bet we get only clouds. That seems to happen a lot here in Saint-Aignan. Rain threatens, but doesn't actually materialize. Meanwhile, they've had 3 or 4 feet of snow in the Alps north of Nice, and rain on the Mediterranean coast for a few days now. 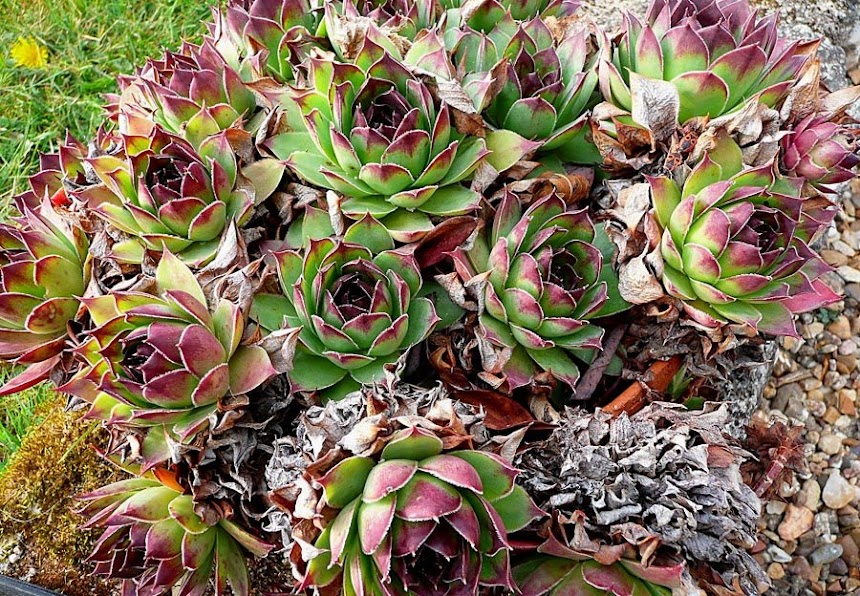 These Sempervivum plants are multiplying so fast
that I don't know what to do with them all.
The weather has been so warm that it is very tempting to start sowing seeds or setting out plants in the garden, but I know that would most likely be a mistake. So I'm satisfying myself with transplanting established specimens. A couple of days ago, I dug up a big old rose bush and moved it to a sunnier location. I also replanted a peony Walt had dug up so he could plant a lavender bush in its place. 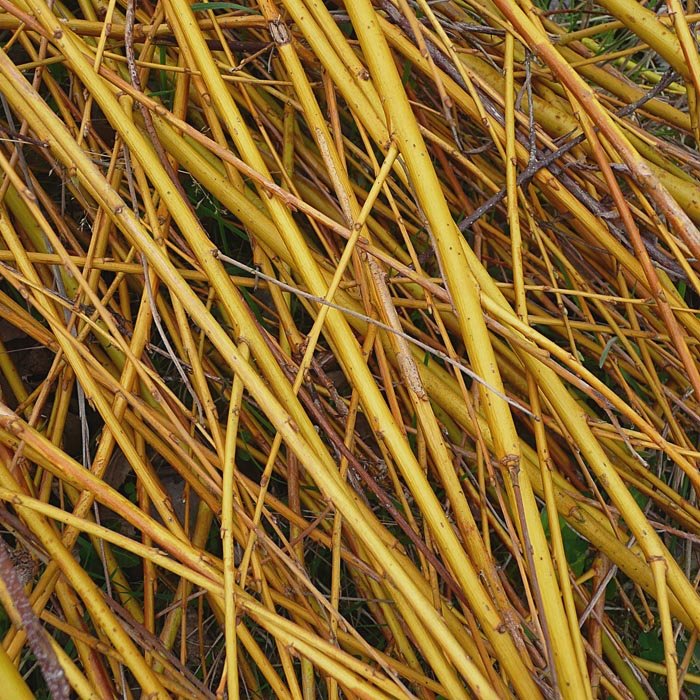 Willow canes that have been cut and stacked in the vineyard
I sat out in the sun for three or four hours yesterday, listening to the radio and occasionally throwing a stick for Callie to chase. I took a thermometer outside and it read 22ºC in the shade. That's a veritable heat wave in Saint-Aignan, especially in April. Don't get too excited — 22ºC is just barely above 70ºF. The sun was strong and hot, and there was no wind at all. Scene in a neighbor's yard
When I took the dog out for her walk at 6:00 p.m., our neighbor Madame le Maire and her husband were out working in their yard. Callie saw them and went running down a row of vines over to their place to greet them. She didn't stay long and came immediately when I called her. I waved at the neighbors. I could hear a lawn mower or rotary cultivator running, so I assume they were either cutting their grass or preparing the vegetable garden for the season. 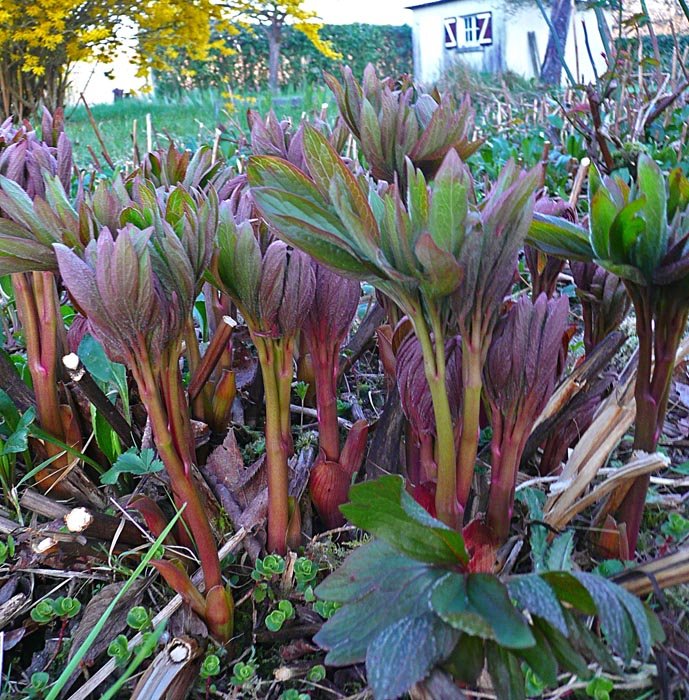 Peonies coming up out in the garden
Tomorrow is market day in Saint-Aignan. I'm going to go look for some local white asparagus. It's the beginning of the season. Asparagus and strawberries are two big spring crops locally — that is, in the Sologne region, which starts just across the river from us. They have sandy soil, not clay, over there, and that's perfect for asperges and fraises.
Posted by Ken Broadhurst at 06:39