A question of scale

The St. Louis Post Dispatch is without doubt a local newspaper, but it doesn't qualify for the category the initial comment and my last blog post were about, which was "small town newspapers."

I got curious about how St. Louis would compare to French cities. The population of St. Louis is about 350,000. Only four French cities — Paris, Marseilles, Lyons, and Toulouse — are bigger. 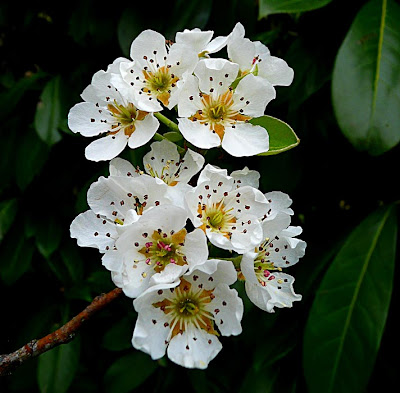 Who can tell what kind of flowers these are?
All four pictures show the same kind of flower.
The population of the St. Louis metropolitan area is 2.8 million. The only zone urbaine larger than that is Paris. The Lyons, Marseilles, and Lille metro areas are not much more than half as populous as the St. Louis metro area, and all the other metro areas in France are a lot smaller than those.

The Tours metro area has a population of 375,000. I guess it would qualify as a small town by many measures. Seen from Saint-Aignan, it is a big city. The population of our whole département is is less than 350,000, and it covers 2500 sq. mi. St. Louis, with easily as many people, covers 62 sq. mi. 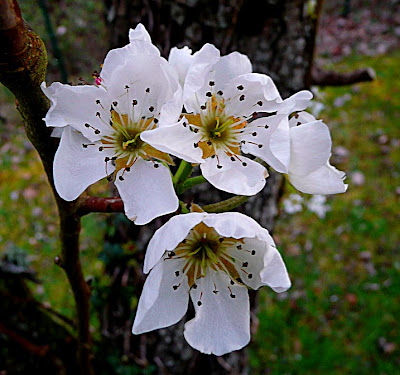 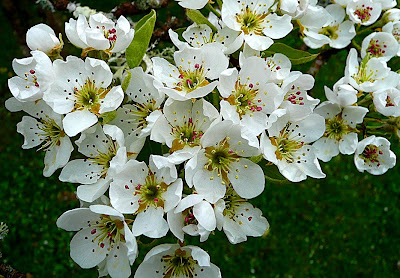 The population of Saint-Aignan is about 4,000. I imagine that the Saint-Aignan "metro area" — all the people who live within 10 km. of the center of town — might have a population 10,000, but I think nobody keeps those statistics. 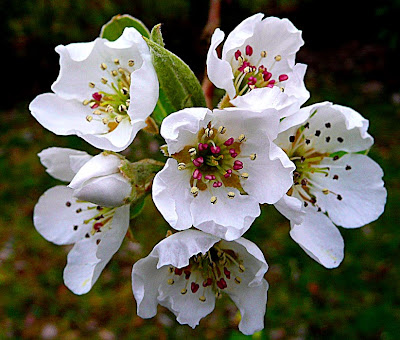 And they are just statistics, but the fact is the scale of life is really different in France. It's a country of small towns with just a few fairly compact urban zones. And people have started leaving the cities to move back to the country, now that good communications (telephones and DSL) and easy means of transportation (the TGV and the autoroutes) make rural life less isolated and lonely.
Posted by Ken Broadhurst at 07:30