Fried shrimp with all the trimmings

I've been thinking about starting a series of posts called something like "American Food Classics from Scratch." In fact, I've already started it, but without calling it anything — I've done posts about making veggie burgers and Southern fried chicken. Black-eyed peas. Have I done meat loaf? All these are things you don't ever get in France (except for the fried chicken at KFC — but why go there when you can make your own?). 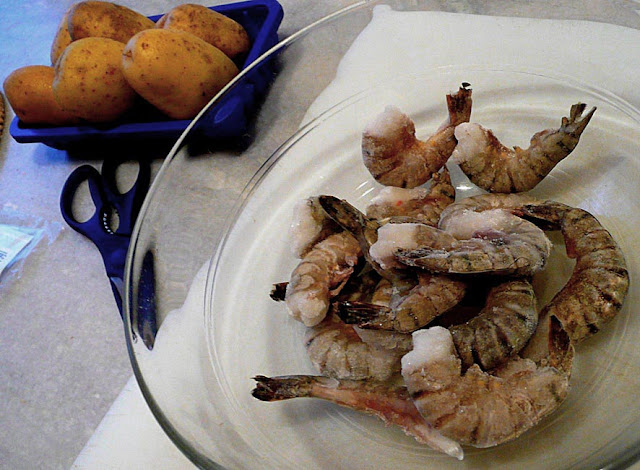 Headless frozen shrimp from an Asian grocery in Blois

This time it's fried seafood. Now you can't exactly call it a gourmet cooking or haute cuisine. Other preparations are more refined. But a man can't live on haute cuisine alone. When you grew up on fried seafood on the N.C. coast, you get an urge to eat some every now and then. In France, you have to make it yourself. 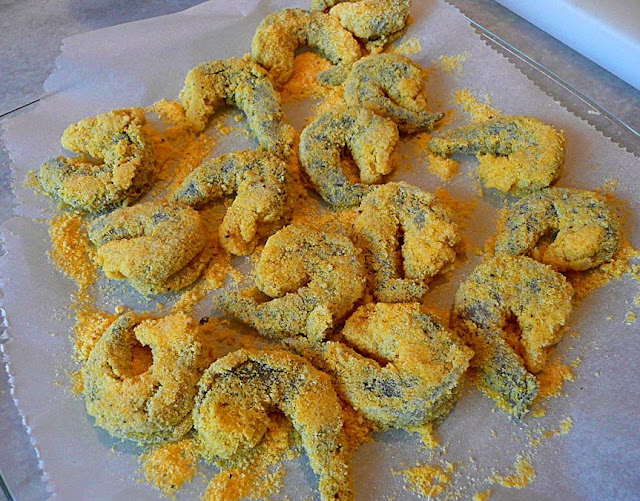 And we now have found uncooked shrimp that is affordable. We got a bag of them, frozen, at the Paris Store Asian grocery in Blois last weekend. They are sold headless, so you don't feel like you're paying for a lot of weight that you just have to throw out. And you can peel and devein the shrimp after you thaw them, which means you don't bite down on grit and sand every time you eat one.

The Paris Store in Blois is also our source for corn meal now, so we can make corn bread whenever we want to. Walt likes it as a dessert. You can put no sugar in it, or you can make it with an amount of sugar that gives you the sweetness you like. One of the best recipes we've found is our friend Harriett's Corn Pone recipe, which is eggless. 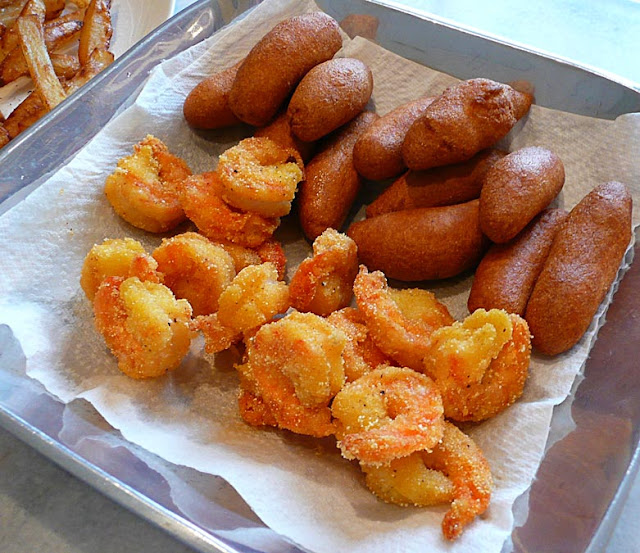 Or you can make hushpuppies. Fried cornbread. That's what we did. I'll post a recipe later. I know, it's a lot of fried food. But it's not every day. And it transports you back to the U.S. and your childhood for a few minutes when you are eating it.

One more accompaniment. Or two, actually. Three even. First, cole slaw. Grated cabbage and carrot, plus mayonnaise and vinegar. Make your own mayonnaise. It's really easy: put a whole raw egg, a big teaspoon of Dijon mustard, a teaspoon of cider vinegar, and a good cup of canola oil in a tall container. Plunge in the stick blender and mix the ingredients together until they emulsify. 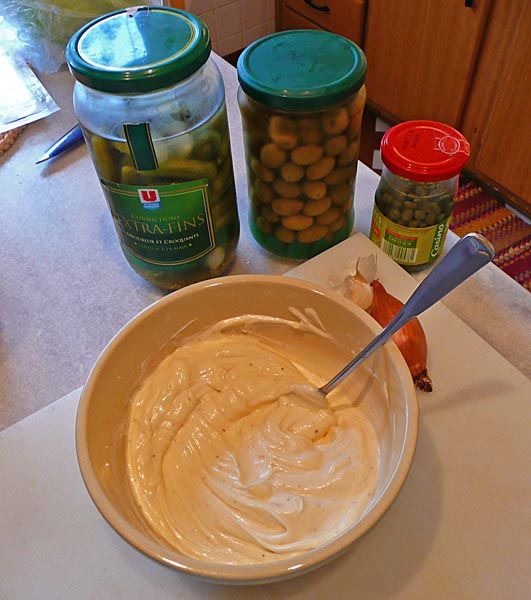 Home-made mayonnaise with the makings for sauce tartare

It won't take long and it will probably be too thick. (Canola oil, a.k.a. huile de colza, seems to work particularly well for mayonnaise.) Thin it down with more vinegar, or even with a little luke warm water, to get the consistency you want. 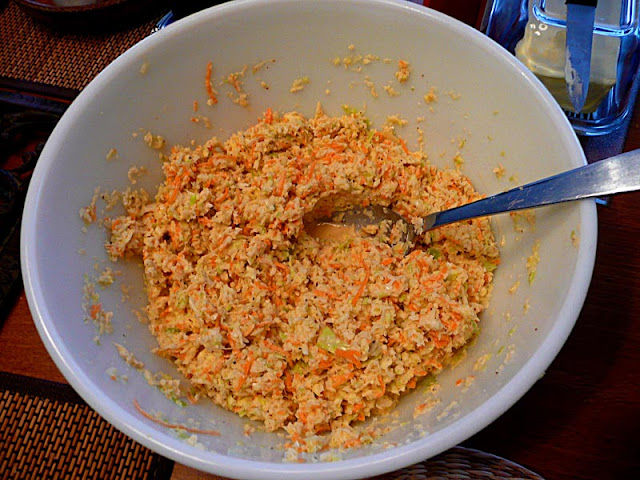 Mix enough of the mayonnaise into the grated vegetables until you like the consistency of the slaw. And then chop some green olives, pickles (in French, cornichons), capers, and a shallot — about a tablepoon of each — and mix all that with the rest of the mayonnaise to make sauce tartare. Tartar sauce will be good with the fried shrimp. 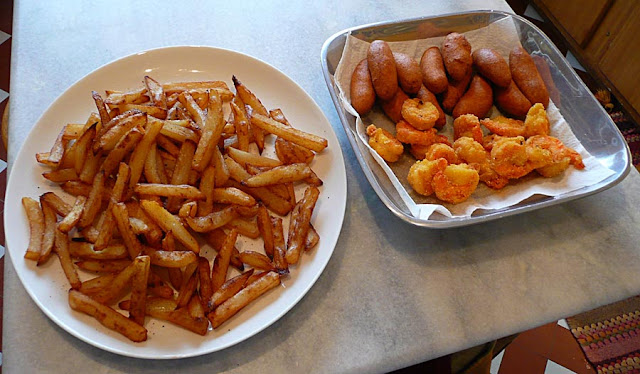 And finally, French fries. We are attempting again to make pommes frites from fresh potatoes nowadays, since I bought a five-kilo bag of Agata potatoes at the supermarket. They are the potatoes that are supposed to make good frites.The results are OK but they just aren't as crispy and crunch as the frozen French fries we get from Intermarché. We are still experimenting.
Posted by Ken Broadhurst at 08:48