I got busy making corn chowder with clams this morning and didn't have time to do a post. Here it is lunchtime already and the chowder looks great. Here are some of the ingredients.

Bacon, or what is called lard in French.
This is smoked pork belly from Chez Doudouille. 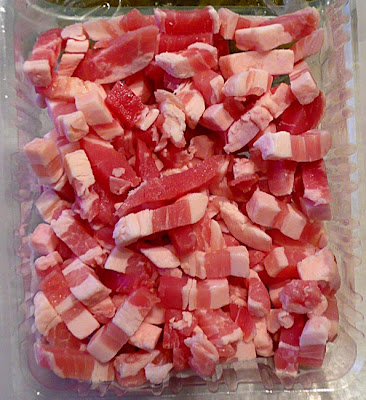 Actually, I decided to use lard salé, salt pork, from the supermarket
in this recipe. I'll save the smoked bacon for another recipe.

Pork belly (a.k.a. side meat) is a standard ingredient in French cooking. It's too bad it's so hard to get in most of the U.S. You can buy it in slabs, sliced, or dice. 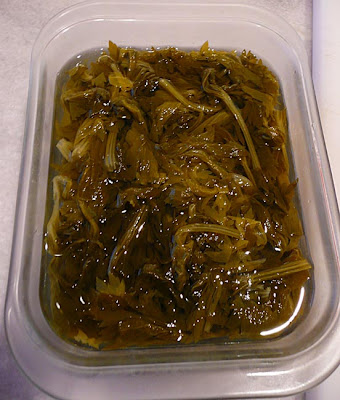 Celery leaves and tops—when you buy a big head of celery,
you can trim off the tops of the stalks and cook the leaves.
Freeze the leaves and broth to put in soups and stews later. 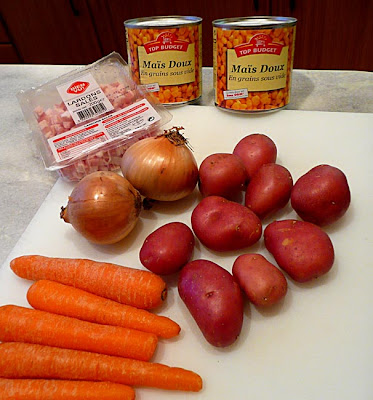 Other chowder ingredients: carrots, onions, corn, and potatoes.
The only way I can buy corn here is cans. No ears, no frozen corn...
More tomorrow about the corn and clam chowder.
Posted by Ken Broadhurst at 12:20