Just a few pictures I've taken over the past few days out in the vineyard. This beautiful weather we've been having is making the grapes develop really fast. 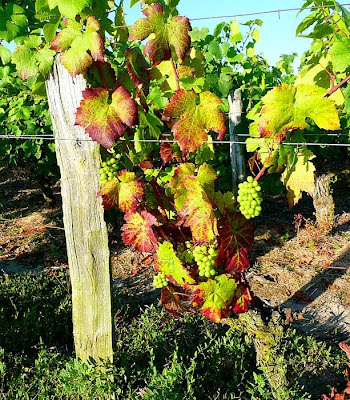 I haven't yet seen any that are turning red, however. There are both red and white varieties in the Renaudière vineyard. The reds are Gamay, Cabernet Franc, and Malbec (called Côt here). 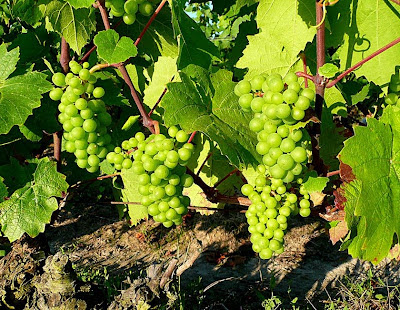 The shot below is the vineyard looking more or less east toward our house. It really is a sea of green vines surrounded by little islands of woods. And this is only a small part of the vineyards on this side of the river, west of Saint-Aignan. 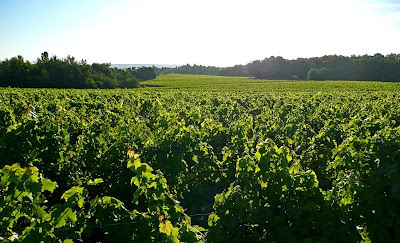 Anything hotter would be too hot. Houses here aren't air-conditioned, because you would rarely need AC even if you had it. The big old stone farmhouses stay cool all summer. Newer house like ours, built of concrete block, do heat up when there's a long heat wave, but that almost never happens. The summer of 2003 was the exception, and I know people who bought air-conditioners after that. They've never used them since. 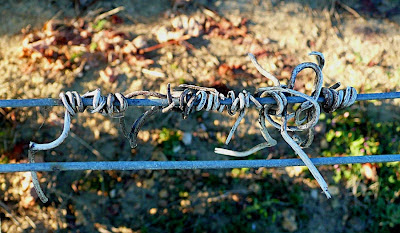 Our vegetable garden is really coming along at this point too. We have some green tomatoes, some little eggplants, and of course some zucchinis on the way. We are determined to pick the zucchinis while they are small this year. Like most years, we'll probably still end up with some monsters. We will also be busy picking a lot of haricots verts over the next few weeks. One whole garden plot is given over to beans this summer.
Posted by Ken Broadhurst at 07:18