I've been reading a book called Les Vins de Loire, written by various authors and published in 1979 by Editions Montalba. I think it's a book I bought in San Francisco at the European Booksellers store on Lark Street around the time we decided to move to the Loire Valley.

The Loir Valley from Vendôme to Château-du-Loir
Click the image to see it at full size
To understand the area, you have to know that there are two rivers in this part of France that have the same name, except that one has a final E and is feminine — that would be La Loire, which is the longest river in France. The other river, without the final E and in the masculine, is Le Loir, which runs parallel the the bigger Loire for many miles, and 25 or 30 miles north of it. The whole area is called the Loire Valley or the Val de Loire and includes the Loir and Cher Valleys as well. 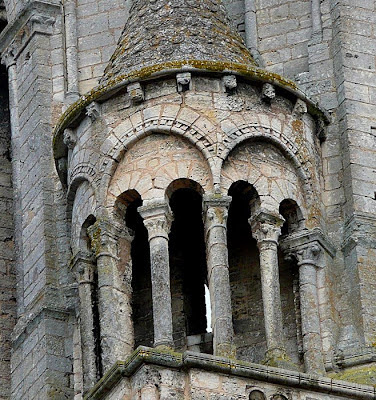 Detail of the tower at Trinity Abbey in Vendôme
Vendôme is on Le Loir, 25 or 30 miles north of Blois and Amboise, which are on La Loire. Le Loir is also a grape-growing area. Here's how it is presented in the book I've recently been reading:

Is there a vineyard in France that is as little known as the one planted in the valley of the Loir River? Few wine-lovers could name its three main growing areas — those being, from east to west, Coteaux du Vendômois, Jasnières, and Coteaux du Loir. 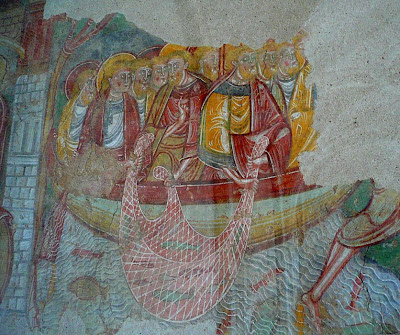 A fresco in the abbey church at Vendôme

A similar lack of awareness seems to have rubbed off on historians too, because on the subject their texts are absolutely silent. Their attitude would be understandable if we were talking about wines "that used to be" or frankly poor vintages, but such is not the case — there are gourmets who rank Jasnières among the great French white wines.

That reputation will have to serve as the starting point for this discussion, since the historians and wine critics say so little. We ought to be able to follow the history of the Loir wines the way we can follow the course of the riverbed. 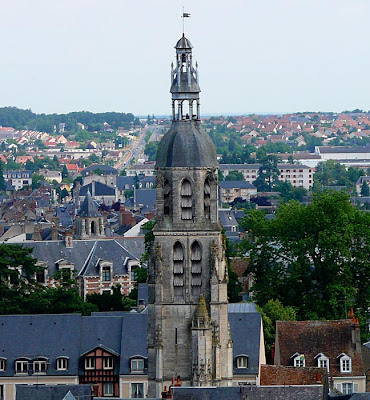 To begin with, all you have to do is believe your eyes. Between the towns of Vendôme and Château du Loir [a distance of some 60 km or 35 mi. — KB], at several points the valley comes to resemble a narrow canyon. For shepherds of the Bronze age it no doubt served as a fording point, allowing trade between the Paris region and Brittany. For those seeking the good life, cave dwellings in the Trôo region, just west of Vendôme, were just what the doctor ordered. Grottoes carved into the limestone hillsides caught the first early-morning rays of sunlight, because they face south. 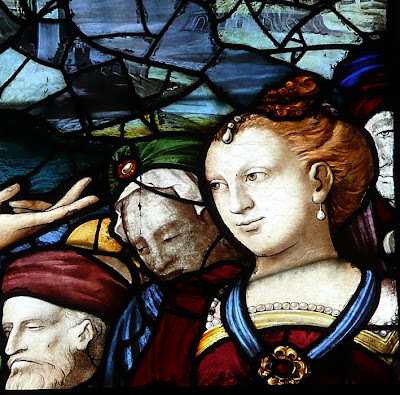 Those prehistoric shepherding families were probably struck by the same impression the traveler gets today when, emerging southward from rainy old Normandy, they discover a Provence-like valley... It seems likely that people here planted vineyards very early, and the vines attracted the attention of the Romans centuries later. The surrounding countryside remained sparsely populated for many generations, with the attractive Loir River valley being the exception...

Joan of Arc catching a ray of sunlight
in Trinity Abbey in Vendôme
The smaller Loir Valley is a beautiful green area. In many ways it is similar to the Cher Valley, where Saint-Aignan is located. We are 25 miles or so south of the big Loire River, while it is the same distance north. Both are viticultural areas.

I don't think you can compare either valley to Provence, however. Author's hyperbole, I guess.
Posted by Ken Broadhurst at 08:22