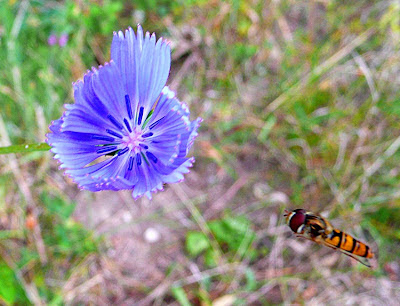 Wild chicory flowers are really not easy to photograph. When the sun is shining on them, the color is washed out — at least the color that the digital camera sees. The pictures in this post show them in various shades of blue and violet, but in reality they are very blue. 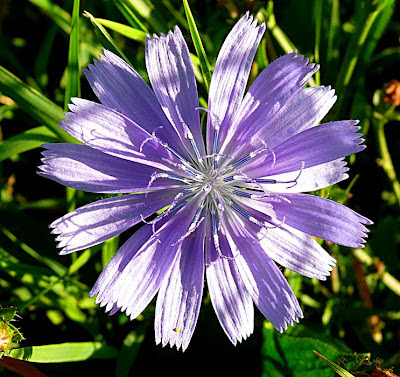 Wild chicory is growing all around the edges of the vineyard, in uncultivated patches between the individual parcels of land planted in grapes, and all up and down the gravel road that runs for a mile out back. 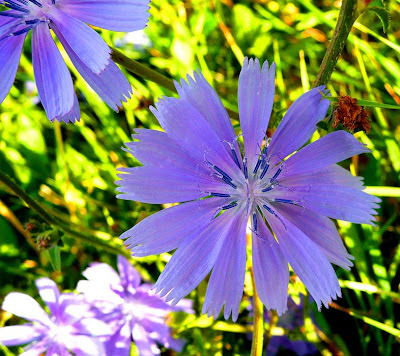 When the flowers (which are sometimes called cornflowers) are not in full sun — for example, early in the morning or late in the afternoon — the flowers close up. All in all, it's really hard to get a true-color photo of a fully open flower. 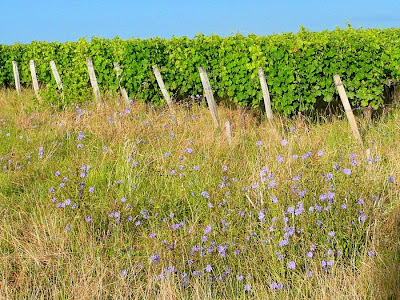 If you try to take a picture of a 'stand' of chicory flowers from a distance, you don't see much. You have to get up close to them to really appreciate them. The human eye appreciates them more than the camera lens does. 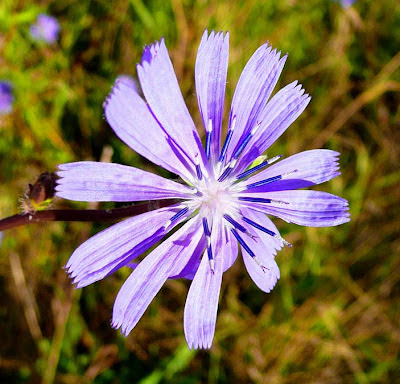 The wild chicory plant is native to Europe and the British Isles, but it has been widely naturalized in North America. Chicory roots can be baked, ground, and used as a coffee substitute or additive. 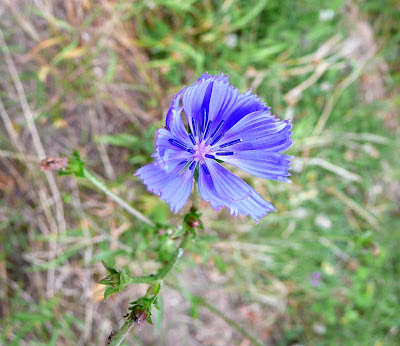 Even though the term cornflower is sometimes applied to wild chicory, there's another flower called a cornflower or batchelor's button that's an annual. I thought at first that that's what we had growing in the vineyard, but it turns out to be wild chicory. 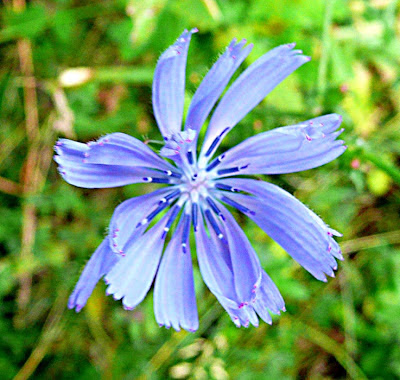 I'm thinking of trying to gather some seeds from these flowers this summer and then planting them out back next spring, just outside our fence, where I have cleared out a blackberry bramble. Or maybe I can just dig some up, since chicory is a perennial. The flowers would make a bright blue patch that would be nice to look at.
Posted by Ken Broadhurst at 08:43