Health news and other trivia

Walt and I went to the doctor's yesterday. It was time for the twice-yearly check-up and the renewal of prescriptions. Can you imagine this? It costs 22 euros for a doctor's visit here. The price is fixed by the Sécurité Sociale administration. And most of that cost is reimbursed by the national health insurance. 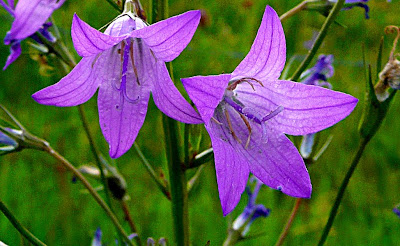 (Some recent flower close-ups to dress up this topic)
Our doctor has his office in a little medical building where there is a receptionist who works for him and four or five other doctors. When you get there, you just walk into a waiting room shared by two doctors. The waiting room furniture is vinyl patio chairs. There are magazines to read. At the appointed time, the doctor comes into the waiting room and greets you, inviting you into his office. 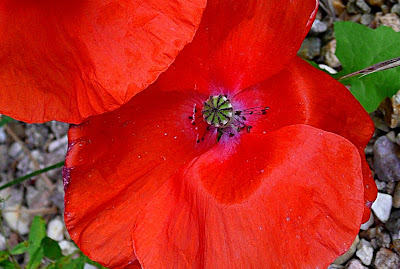 You sit in a chair and talk for a few minutes after presenting your health insurance card. The doctor looks up your files on his computer. Then, after asking how you feel, he tells you to undress. So you do, just in the middle of the office. I don't mean you strip naked, but you get down to your underwear. There's no screen or separate examining room. Then he checks your blood pressure and listens to your heart and lungs with his stethoscope.

At the end of the check-up, you give the doctor his 22 euros in cash or by check. He puts your insurance card into a little reader that sends data to the insurance administration and a few days or weeks later some money (14 euros, I think) shows up on your bank account. 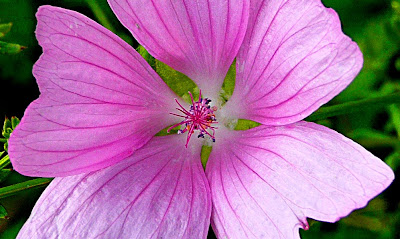 This time, the good news for me was that I have lost seven kilograms since July 2007. I knew I had lost a little weight, but I didn't think it was that much — 15 lbs. Callie the Collie is to thank for that. Those long daily walks in the vineyard are good for her and for me. Walt has lost more than 20 lbs. over the past year or so. Obviously, eating good French food doesn't necessarily make you gain weight. 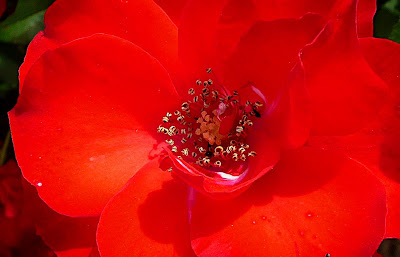 The bad new was that even though this was a scheduled, routine check-up, I had been feeling lousy ever since I got back from Paris a week ago. I have some kind of throat-mouth-sinus infection that is very unpleasant. My mouth is raw inside and my lips are chapped. My head aches. The doctor doesn't know exactly what it is but he gave me a prescription for some kind of mouthwash that I have to use once a day for a week. 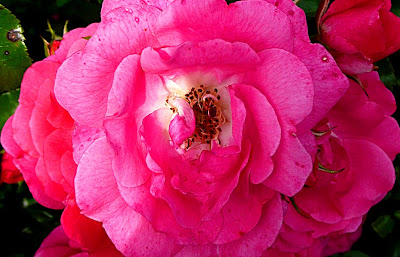 At the pharmacy, Madame Smith (a French woman whose husband is Scottish) went over the instructions for using the mouthwash with me. She said I needed to take it a spoonful of it once a day and hold the liquid in my mouth for 10 minutes. Okay, I said, if I can be quiet for that long. Then she said I was supposed to swallow it.

"Swallow it? I thought it was like wine tasting and I should spit it out," I told her. She smiled at me and said no, swallow it. Doctor's orders. A good Sancerre it is not, but I took some yesterday and at least it doesn't taste too bad. 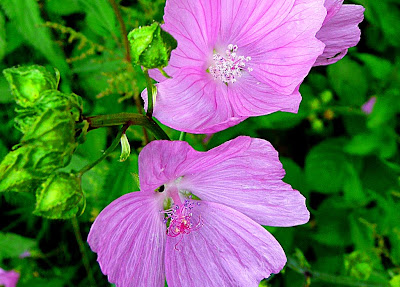 I'm not so sick that I can't go out or be active, however. Yesterday I spent a couple of hours washing the car to remove accumulated green algae that had grown in all its cracks and seams over the course of the long wet winter we had. And today we are going to drive over to Romorantin, 20 miles or so east, to go shopping in the new Carrefour "hypermarket" over there. Exciting, no?

It's supposed to be in the high 80s F today — 31ºC. That's hot for Saint-Aignan. But tomorrow a rain front is going to move in from off the Atlantic Ocean and temperatures are going to plunge. Oh well.