If you are sick of hearing about windows, you can skip this posting.

Nearly everybody who has commented on the window replacement choices thinks we need to have a divided-lights window put in the kitchen. You know who you are. I for one am still thinking about it. I believe that deep down, Walt agrees with you all. I think I'm still leaning toward the clean, modern look myself. The $400 price difference between a more expensive divided window and a less expensive plain window is also a factor. After all, we are living on what is euphemistically called "a fixed income," and the dollar shows no signs of gaining strength against the euro.

One reaction to my Photoshop mock-ups of the window with divided vs. undivided panes was that the picture of the divided window actually exaggerated that style and look. That might be true. Maybe subconsciously I was trying to make a point.

The problem is, I really like the views out of the windows on the back side of our house, which feature undivided glass. Instead of focusing on the window itself, I think your eye focuses much more on scenery outside. 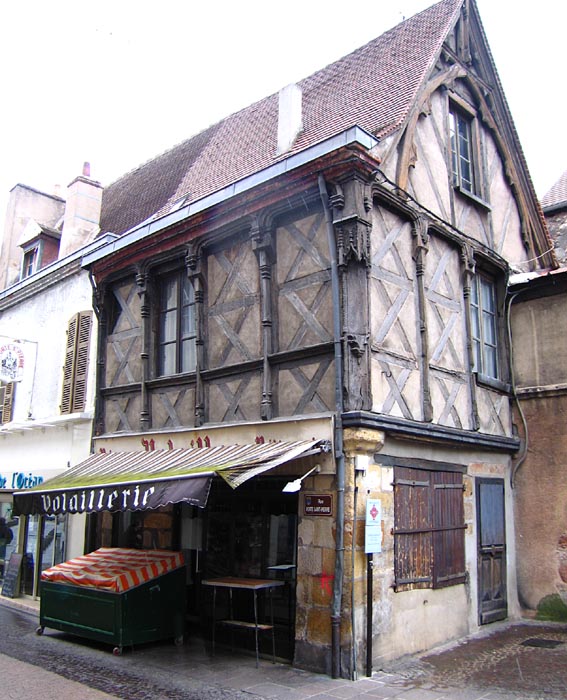 This picture I took in Montluçon is just
window-dressing, as it were.

The fact is, one of the window contractors who bid on the job (and whose bid was definitely on the high side) said we'd be surprised how much more light comes in through undivided window glass as compared to divided lights. I had never thought that would be the case. Nevertheless, he recommended divided lights for our kitchen window.

I asked him if he recommended that look for the sake of consistency, since the big French doors that are also on the front side of the house have window panes in them. He surprised me by saying he would recommend not keeping the divided glass in those doors when we replace them, because it's nicer to have clear glass doors that emphasize the impression of spaciousness and minimize the separation between the outdoors and the indoors. Go figure.

That took care of consistency, if there had ever been any. Did I mention that the windows in the house overall never have been of a consistent style? In the back, upstairs, the two bedroom windows used to have small, separate panes, but the two bathroom windows did not. The window and door downstairs in the back have always had undivided glass. With the windows we had put in three years ago, all the glass in the back of the house is now undivided. 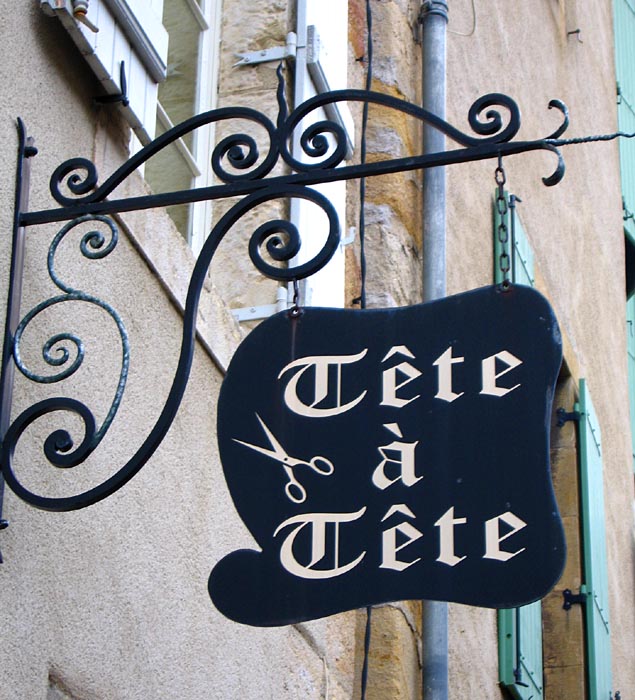 Montluçon: Get your hair cut here.

Could we be seen as Americanizing our house? No, I don't think so, since I see many houses with windows of the style and look we have been putting in. In fact, the Americanization, if there is any, is probably in our preference for sliders instead of French windows.

Let's be Cartesian about it. The sliders really make sense in this house; they are more logical. The rooms, with the exception of the living-dining room, are fairly small. The windows are big. French windows aren't practical, because when you open them they sweep across a huge section of room.

Even the man who installed the sliding windows for us didn't think we would be happy with them. He probably thought we were kind of crazy. A year after he put them in, we asked him back to give us an estimate on another job. I told we had called him again because we were pleased with the work he had already done. "Do you like the sliding windows?" he asked. When I said yes, they were great, he looked surprised. He was probably thinking, « ils sont fous, ces Américains... » 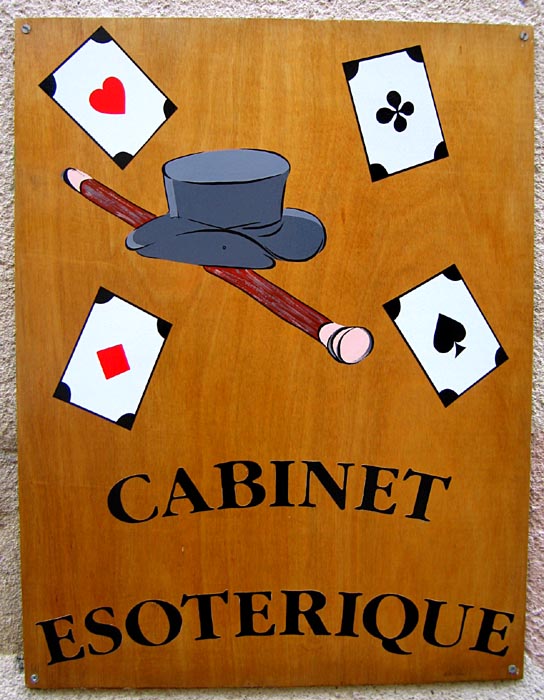 Some British people I know have remodeled their house and put their toilet, shower, bathtub, and sink all in the same room, Anglo-American-style, rather than having a separate room for the "water closet" or "loo." Having separate rooms for the toilet and the bath is the rule in France (though my impression is that that configuration it is slowly being abandoned, just as having a bidet in the bathroom is becoming a thing of the past).

I've heard people object to the combined bathroom style that seems to be favored by us Anglo-Americans, however. When it comes time to sell the house, French people won't be as eager to buy it because it is configured in a way that they aren't used to and that they don't think of as the standard. I imagine the same thing is true of our windows. Some potential French buyers might consider sliding windows a weird thing to have in a house, and that might lower the selling price.

Then again, we have no plans to sell the house any time soon.
Posted by Ken Broadhurst at 08:48