Accommodations on the Mont Saint-Michel

We arrived at Mont Saint-Michel just in time for lunch. Everyone had told us that there aren't any great restaurants on the Mont itself, so we didn't have high expectations. But we had to eat!

I guess the first thing I should say about our experience at Mont Saint-Michel this time is that it wasn't crowded. We were there last June and it was a mob scene. That's why we wanted to go back in winter — to enjoy the atmosphere without having to push our way through crowds. There were about a quarter as many cars and people at the Mont this time compared to last June. As you can see there were some tour buses but not that many. A lot of the people we saw were Japanese. 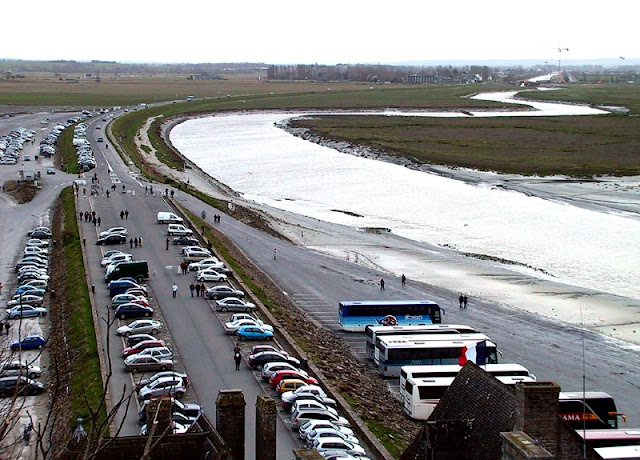 We had reserved a room at a place called La Vieille Auberge — The Old Inn — so we decided we might as well have lunch there too. We had eaten there last June and it was fine. We walked in, got a table, and told the people in charge that we would be staying the night. Lunch was a 21-euro menu.

I had moules à la marinière, or steamed mussels, as my starter course, and Walt had une assiette d'amandes farcies, or stuffed baked clams. Amandes means "almonds," and Walt said they were only OK. He had the same dish in Dieppe last summer and he said those were a lot better. My mussels were good. 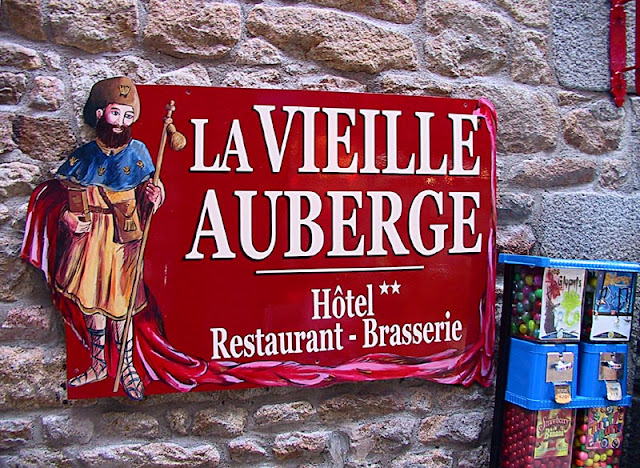 We had lunch and spent the night at La Vieille Auberge on the Mont.

As a main course, we both decided to have salmon with a sauce dieppoise, which is a cream sauce that has some mussels, small shrimp, and mushrooms in it. It was served with rice and broccoli. Aside from the fact that the salmon was overcooked, it was pretty good. We drank a bottle of Muscadet, a white wine from the area at the mouth of the Loire River, with the meal. For dessert, I had a slice of far breton (see Walt's blog topic on the word far) and Walt had a crème caramel. 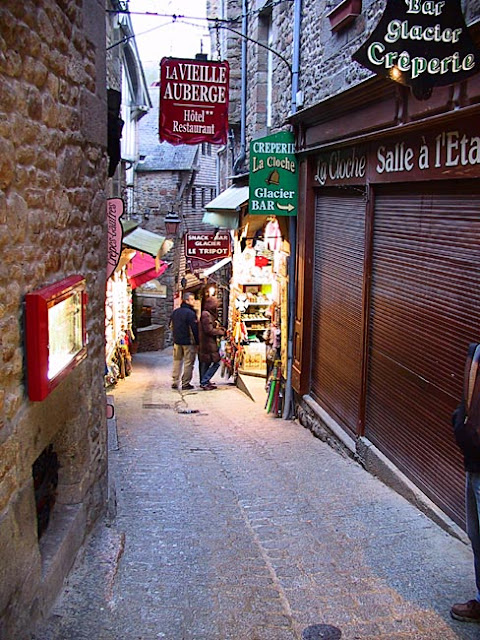 After lunch we went to see our room, and were please to find that it had just been renovated. The bathroom was entirely new. It was small, but perfectly clean and functional. The bed was pretty comfortable. Later, after spending the afternoon climbing around the little streets and the ramparts of the Mont, we slept like babies. 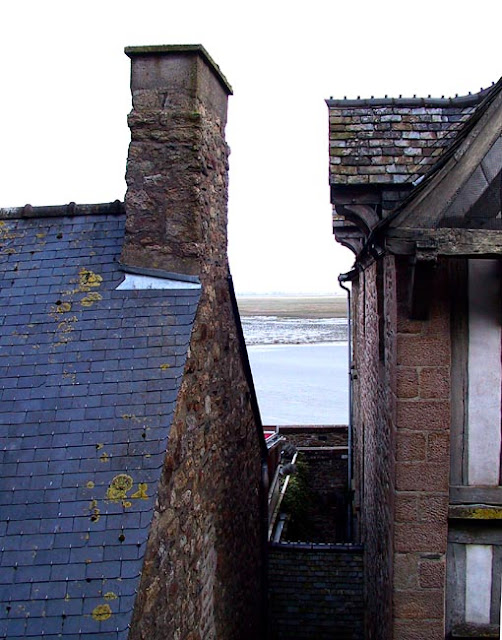 "View" (such as it was) from our hotel room —
we could see the tide come in, at least

Now we are not really big spenders when it comes to hotels or restaurants, especially in these times when the U.S. dollar is at record lows against the euro. The room we booked was a wintertime promotional offer, and we paid just 50 euros for the night's accommodation. Along with the brand new bathroom, we had telephone and TV in the room. It was quiet. For us, it was comfortable from every point of view, and because it was on the Mont itself we didn't have to drive anywhere between arrival and departure. 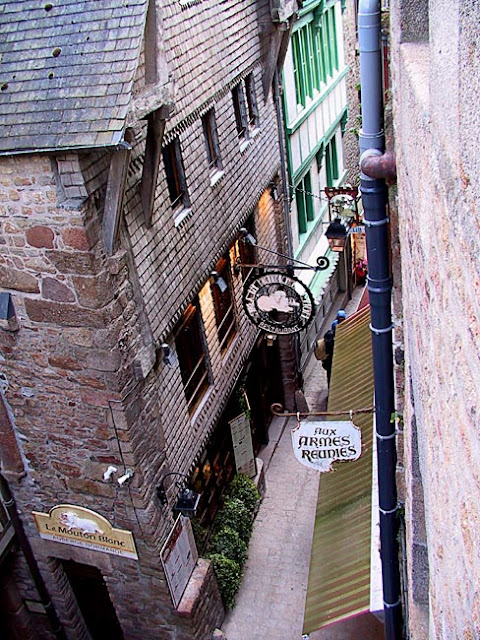 Looking down to the street below from our hotel room window

Here's a sample of the menu at the best-known restaurant on the Mont Saint-Michel, which is La Mère Poulard. Its speciality is omelets, made by a secret method and different, evidently, from omelets you get anywhere else in France. We didn't try them because we wanted to eat seafood and fish on this trip. 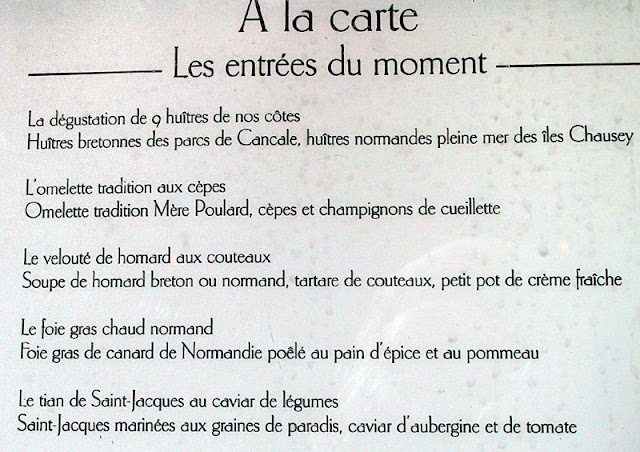