The Renaissance château at Saint-Aignan-sur-Cher

The Renaissance-style château at Saint-Aignan was built in the middle of the 16th century (1540-1550 or so) by the Beauvilliers family, who had come into possession of the town's the château at the end of the 15th century. The Beauvilliers were from Chartres, and they were to become close allies of king Louis XIV in the 17th century. While the north face of the château looks more like a village perché than a château — it was built on top of medieval fortifications — the south-facing Renaissance château is more unified and ornate. The owner of the château still lives there, and it is not open to the public. 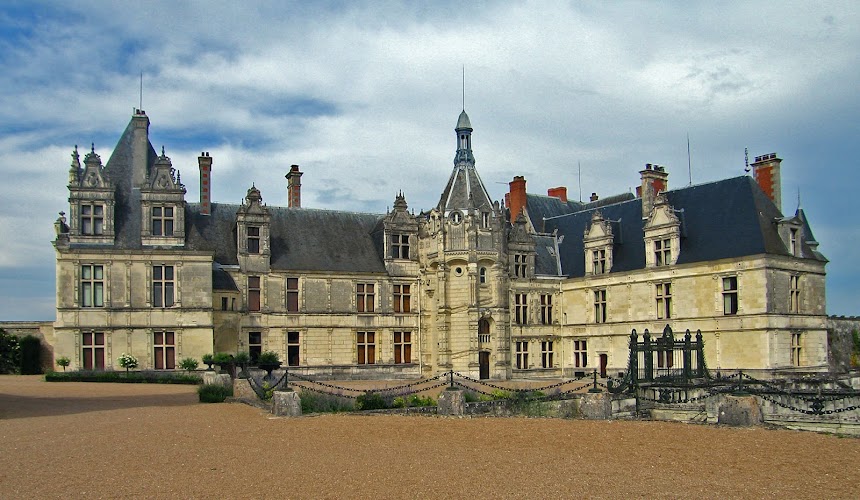 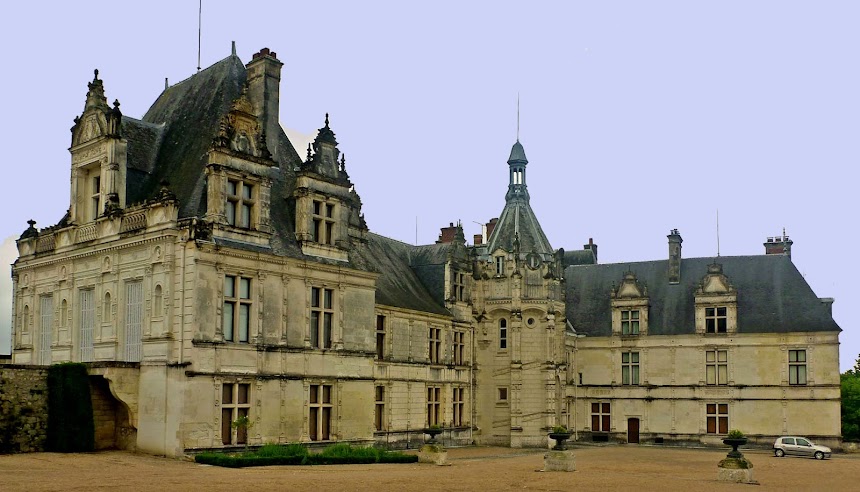 The car in the photo above will give you a sense of scale.

If you want to read more about the history of Saint-Aignan and its château, here are links to three French web sites: Châteaux de France, Monumentum, and Histoire-27. You can also have a look at this recent post of mine about the site.