Yesterday's lunch: mussels (moules), French fries (frites), and green beans (haricots verts). Walt had bought a kilogram (2.2 lbs.) of mussels from the fishmonger at the Saturday morning open-air market in Saint-Aignan. I dumped them into a container of fresh, cold water, and then threw out the ones that floated. They were dead and unfit for consumption. Then I put the ones that didn't float in the sink and cleaned them one by one by pulling their "beards" off and scraping off any barnacles I found on the shells. I also threw out any that had broken shells.
1 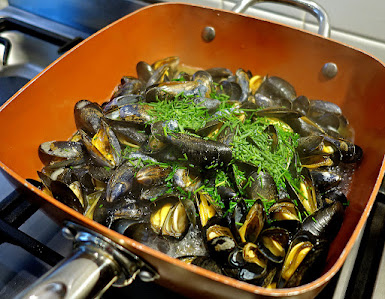 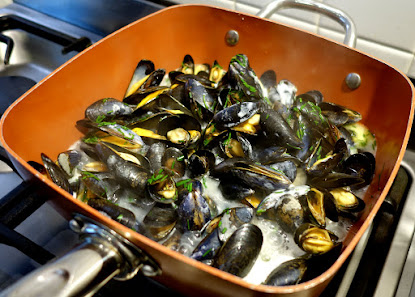 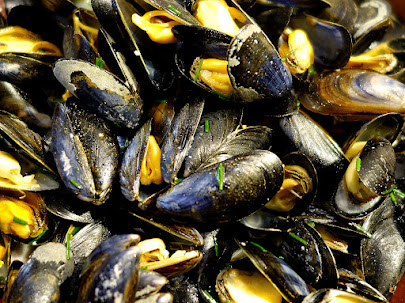 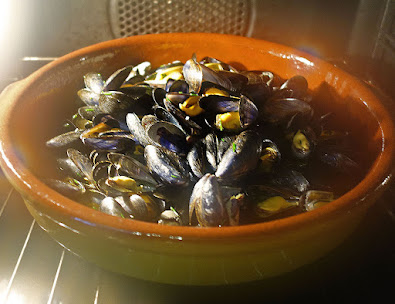 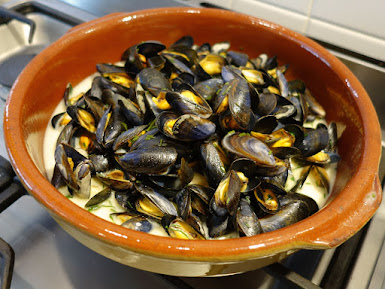 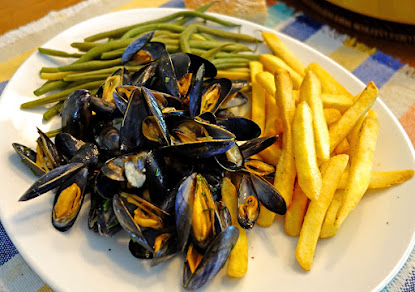 We seasoned the mussels with fresh chives and black pepper and then cooked them in about a third of a bottle of dry white wine and three tablespoons of cream (crème fraîche). The cream is optional. There was no need to add salt; the moules are salty enough. They cooked in a pot with a tight-fitting lid for maybe 10 minutes. As soon as the shells open, they're done. Then I put them in a dish in a warm oven to wait while I boiled the creamy cooking liquid down to concentrate it a little. And while Walt cooked some French fries. We had already cooked the green beans. Both the frites and the beans, as well as the moules, were delicious with the creamy sauce. Don't forget the bread.
Posted by Ken Broadhurst at 06:00