Driving to Burgundy in October

In 2014 we decided to take a road trip to Burgundy. We found a gîte that would let us bring our dog (Callie) along and that was well located in the center of the area we wanted to see on day trips. It was not far from towns like Chablis, Auxerre, and Tonnerre to the north, and Avallon, Montbard, and Semur-en-Auxois to the south. It was very close to the picturesque village called Noyers-sur-Serein. We scheduled the trip for October, even though we knew we couldn't count on good weather at that time of year. It was to be only a four-day trip.
We drove on little roads pretty much straight east across the forested Sologne region to Sancerre and Pouilly-sur-Loire, two famous wine towns, and then crossed the Loire river, which flows south to north along the western edge of Burgundy. It was only a four-hour drive from Saint-Aignan to Môlay by that route, so we didn't have to be in a hurry. We couldn't check into the gîte until 4:00 p.m., so we planned to stop along the way to have lunch and maybe take some pictures... and buy some wine. Here are a few photos I took along the way.
1 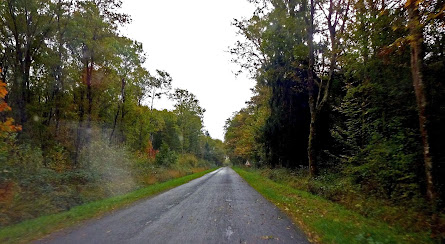 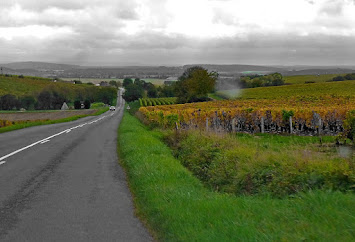 2
The Sologne area is very flat and very forested, as you can see in picture #1. The Sancerre area is hilly, and in October the vines are taking on what we call "fall colors," as you can see in several of the photos. By car, Sancerre is less than two hours from Saint-Aignan.
3 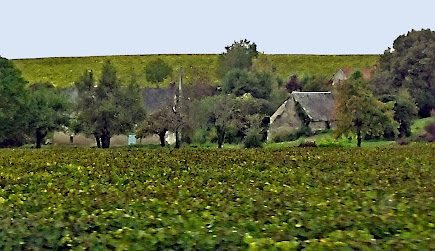 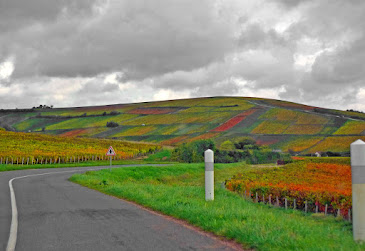 4
There were fields of flowers as well. The town in the last picture, Ménétréol-sous-Sancerre, is just south of Sancerre and across the Loire river from Pouilly-sur-Loire, where we wanted to have lunch. Neither of us had ever been to Pouilly before.
5 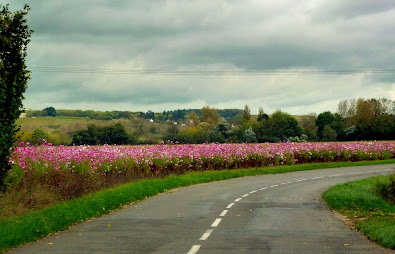 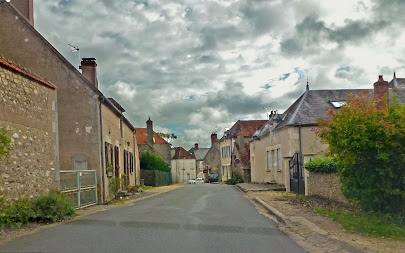