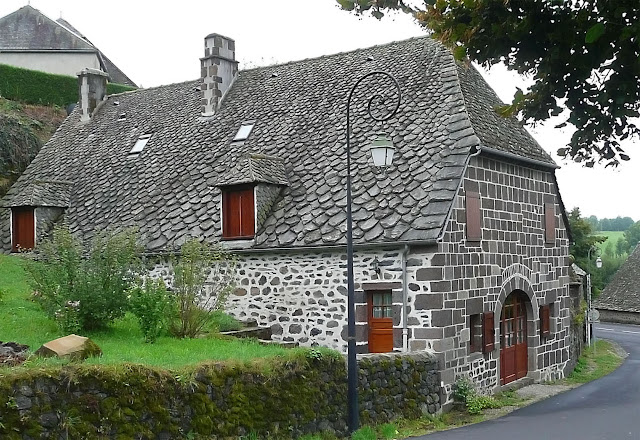 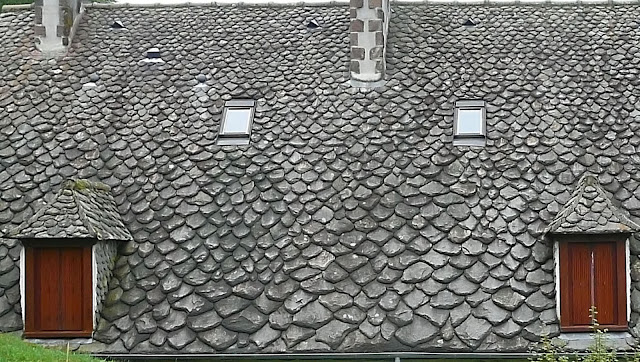 This is a different view of the same roof. From what I've read, it seems that lauzes are flat pieces of either sandstone (grès) or limestone (calcaire) in this region (le Cantal en Auvergne). They can be granite or other rock in other regions (Bourgogne, Franche-Comté). 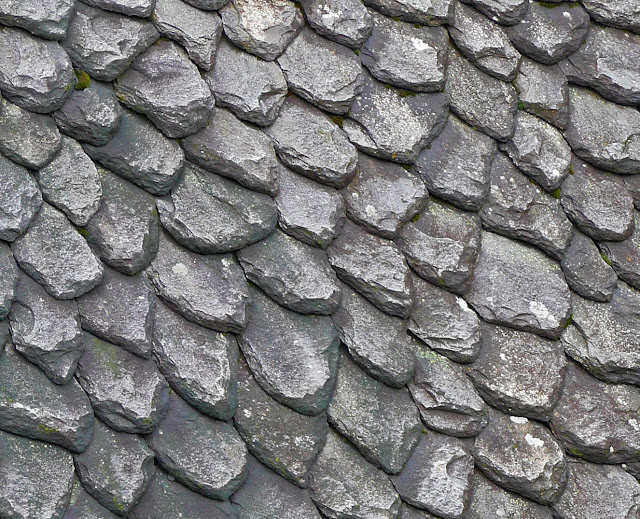 And here's a close-up shot of the lauzes. They are the most common roofing material used in Cantal and other parts of the Auvergne region. Farther south in France, most of the roofs are red terra cotta tiles. In Brittany, the most common roofing material is slate. In between, as in Saint-Aignan, some are roofs are slate and others are terra cotta (terre cuite in French). You can see that these lauzes are pretty thick. They must be heavy. 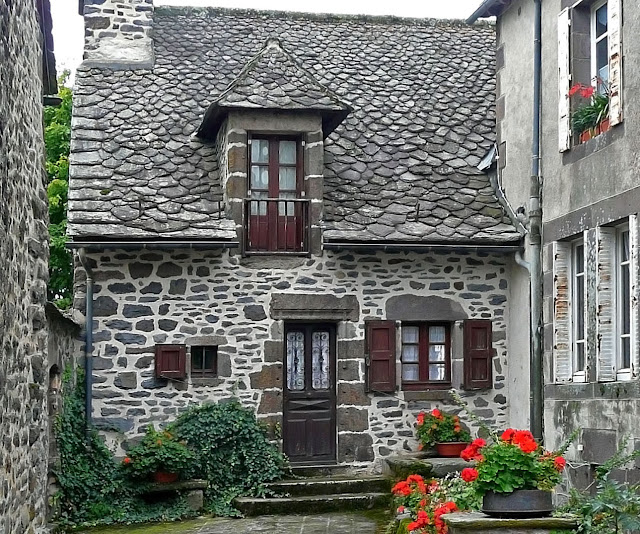 Here's a typical house in Salers that built of the local black volcanic rock and has lauzes as its roofing material. 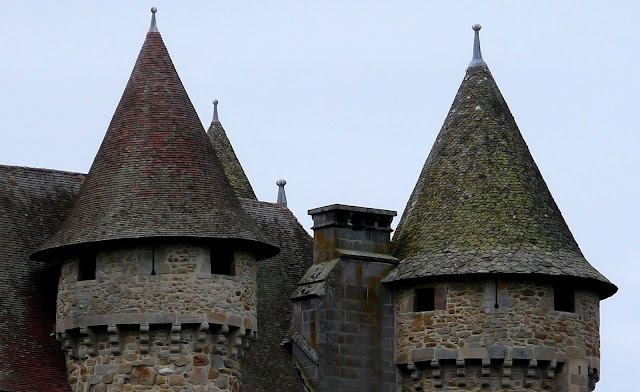 At the Château de Val, a few miles north of Salers, some of the "pepper-pot" towers are have lauze roofs and others are made of tiles. 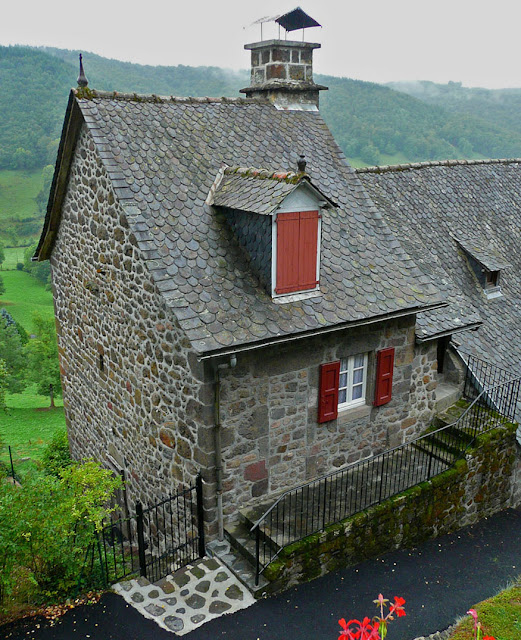 Here's another typical cottage, this one in Tournemire, a few miles south of Saint-Chamant. 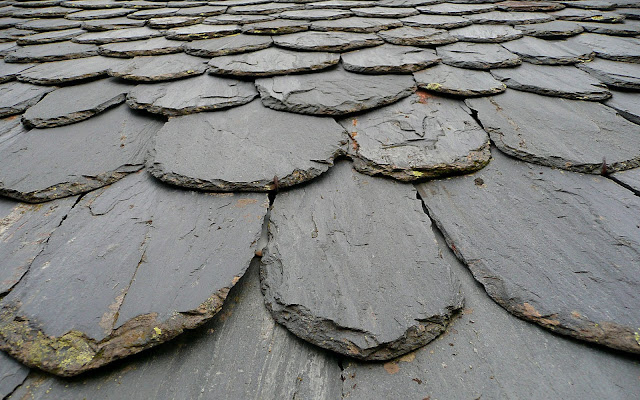 These lauzes are thinner than some I saw. I don't know what stone they made of. They almost look like they've been painted gray... 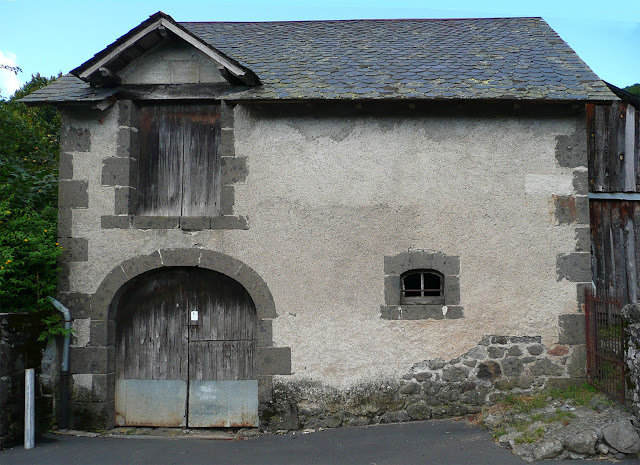 Finally, there's something pleasing about the plain and simple look of this old barn in Saint-Chamant, just south of Salers.


I found this YouTube video in French that shows how the lauze roofs in the Cantal are constructed, maintained, and repaired. The town featured is about 10 miles east of Aurillac. 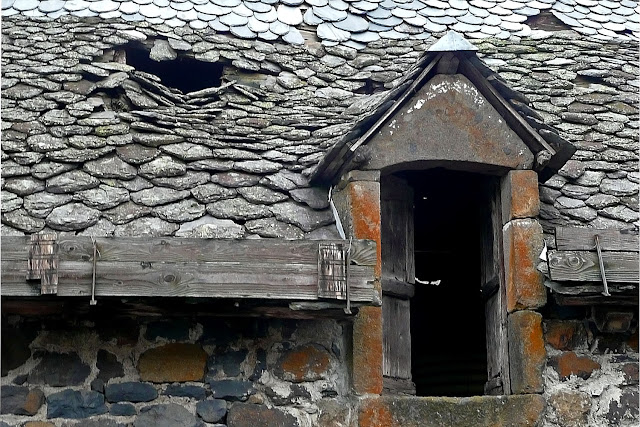 Look what happens when a lauze roof is not well maintained.
Posted by Ken Broadhurst at 06:00