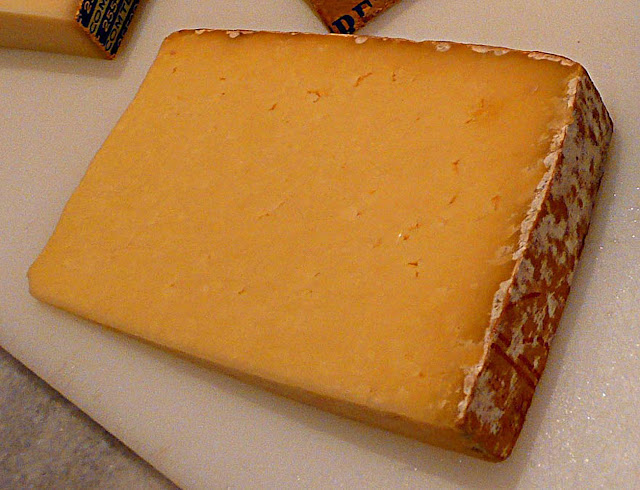 This is what a wedge of Cantal cheese looks like. Cantal is one of two AOC cheeses made in the Cantal département, which is the southern part of the historical Auvergne province in France. This is a photo I took in 2008, so it's Cantal cheese that I bought in Saint-Aignan, not in Auvergne. The other cheese made in the Cantal is called Salers, after the name of the town of Salers and the breed of cattle raised in the area for both meat and milk. Cantal and Salers are basically the same cheese, but with a couple of important differences. Cantal can be made year-round, including in winter when the cows are kept in barns and fed hay. 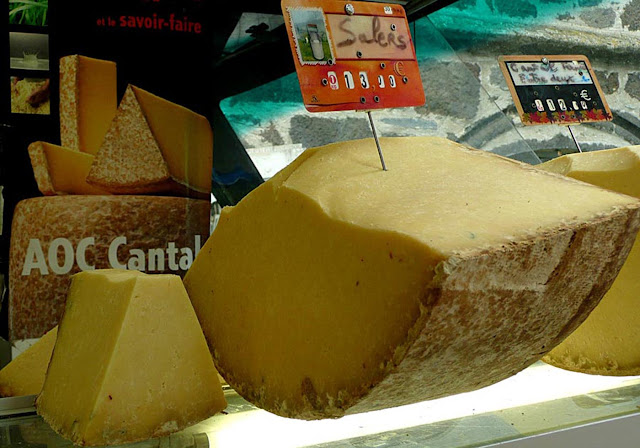 Salers can only be made in summer, when the cows are grazing out in the pastures on fresh grasses and other plants. Also, Cantal cheese can be made in commercial dairies (which use milk collected from different farms in the region) as well as on dairy farms, but Salers cheese is made only on farms, with the milk of the cows that are raised on a single farm and that have grazed there on pastureland.

Thanks to my friend Evelyn for this photo, which she took when we visited the open-air market in the town of Salers in September 2009. 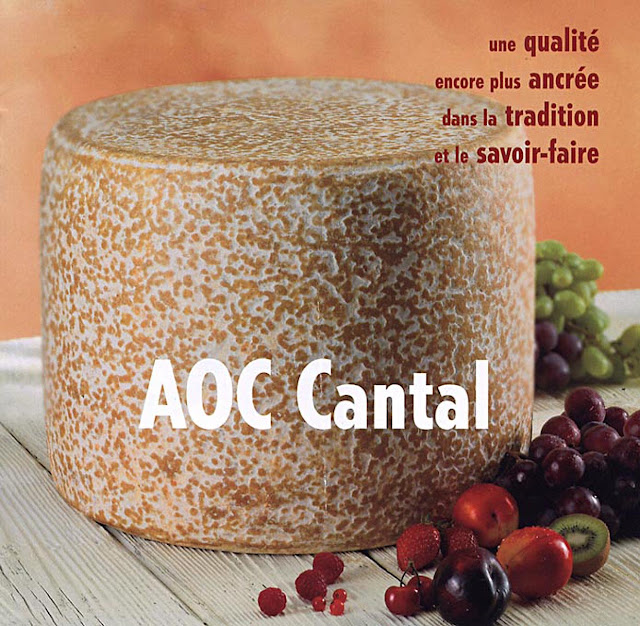 It would be interesting to do a side-by-side tasting of Cantal and Salers cheeses made on the same dairy farm and similarly aged, to see if the differences are obvious. Actually, there are three "grades" or qualities of Cantal cheese: jeune (young), entre-deux (meaning "between the two" others — aged but only until semi-ripe), and vieux (ripe, mature cheese). (These terms are similar to American terms for Cheddar cheeses, which can be sold as mild, semi-sharp, or sharp, depending on how long they've been aged.) 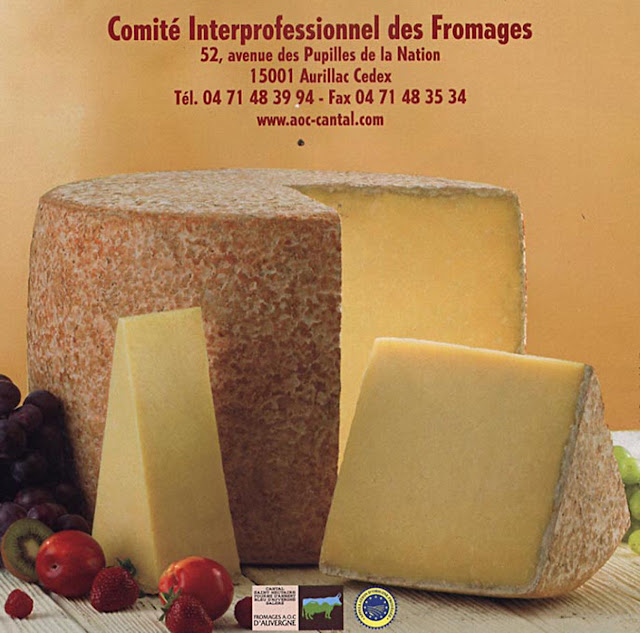 I'm not sure if cheeses that qualify for the Salers label are sold at different levels of maturation the way Cantal cheeses are. However, there are at least two grades of Salers cheese. The Salers area is known for its particular breed of cattle, also called Salers, but not all the cheese made in the area is made from Salers cows' milk. The milk of other breeds of cows can go into the cheese, and the cheese can still be called either Cantal or Salers — depending on the season and whether the cows have grazed outdoors or have been fed only hay (dried grasses and plants) before being milked. 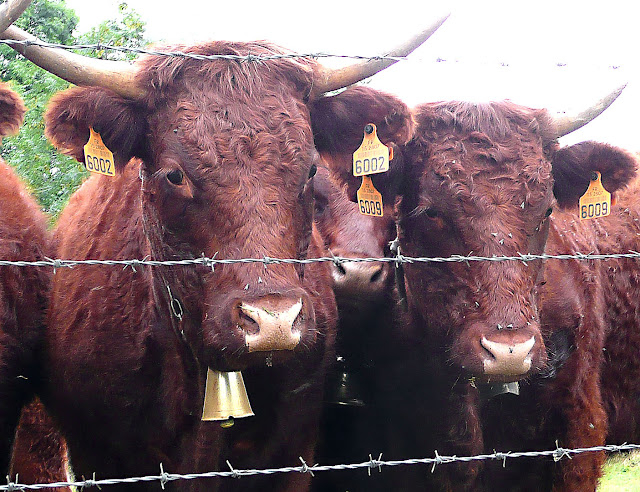 However, cheese made exclusively from the milk of cows of the Salers breed and no others can be labeled as Salers-Salers. I think the name might be sort of like the name given to the sparkling wine from Champagne that is made exclusively from Chardonnay grapes and called blanc de blancs — white wine made from the juice of white grapes. 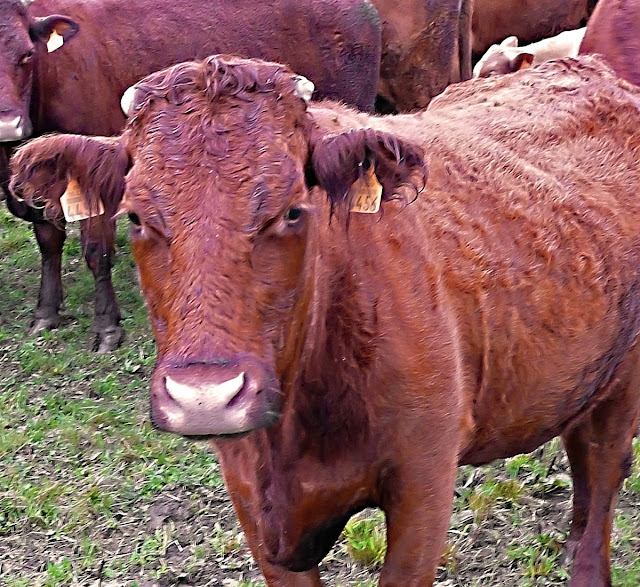 This is what the Salers cows look like. They are prized not only for their milk, but also for their meat. As for the cheese, when we went to a dairy farm near Saint-Chamant, south of Salers, to see the cheese being made, I asked at what point the cheese cultures were added to the milk. The answer was that no cultures need to be added — the cultures occur naturally in the area and are in the air and in the chestnut-wood vats in which the cheese is left to curdle.

There is historical evidence that the Romans, when they invaded Gaul 2,000 years ago, found people in the Auvergne region making cheese like modern-day Cantal — it might be France's oldest cheese. It could well be that the Romans took knowledge of those cheese-making methods to the British Isles, shared them with the local people, and that that's how our not-so-different Cheddar cheeses came to be made in England


In September 2009, I wrote and published a series of five posts, with photos, about our visit to a dairy farm near Salers and Saint-Chamant (Cantal) and about the cheeses called Salers and Cantal. Here's a link to the first post in that series. Each post contains links at the top and bottom to all the other posts in the series so you can navigate to them easily.
Posted by Ken Broadhurst at 07:00