Ten years ago this week, I was up in Picardy, north of Paris, with CHM. He wanted to take some things from his apartment in Paris to the museum in Péronne, the town his grandfather, a 19th century painter, came from. Charles-Henri Michel was born in 1817 and died in 1905. I'm going to post some photos from that trip over the next week or two. 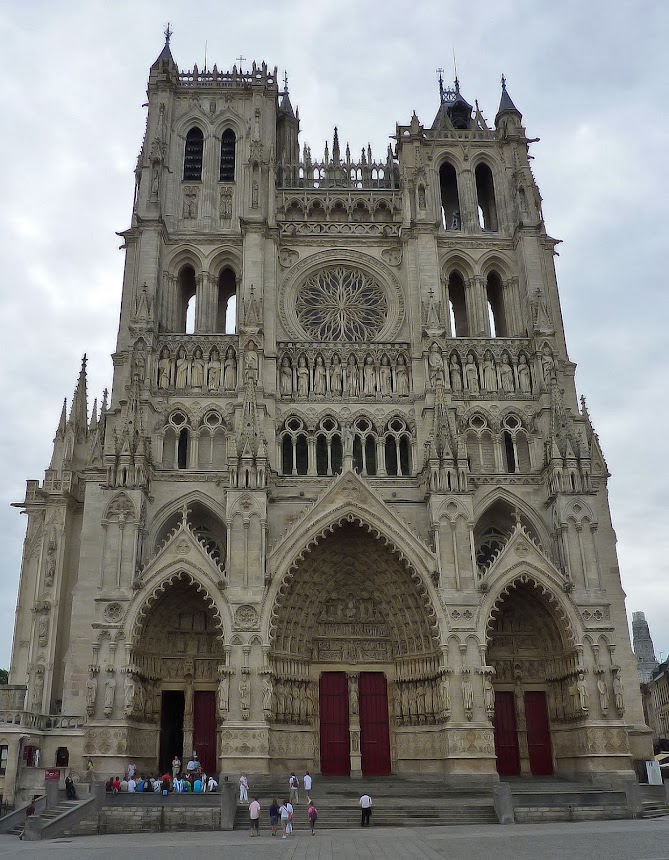 One of the most memorable places we visited in July 2010 was the city of Amiens, which is about 70 miles north of Paris and 35 miles from the France's northern coast on the English Channel. Amiens is especially well known for its cathedral, which is one of the biggest and most beautiful in France. It was built over a period of about 70 years starting in the year 1220. The north tower, on the left, stands nearly 70 meters (about 225 feet) tall — the same height as the towers of Notre-Dame cathedral in Paris. As usual, you can click on the photos, or "unpinch" them on a tablet, to see them in more detail. 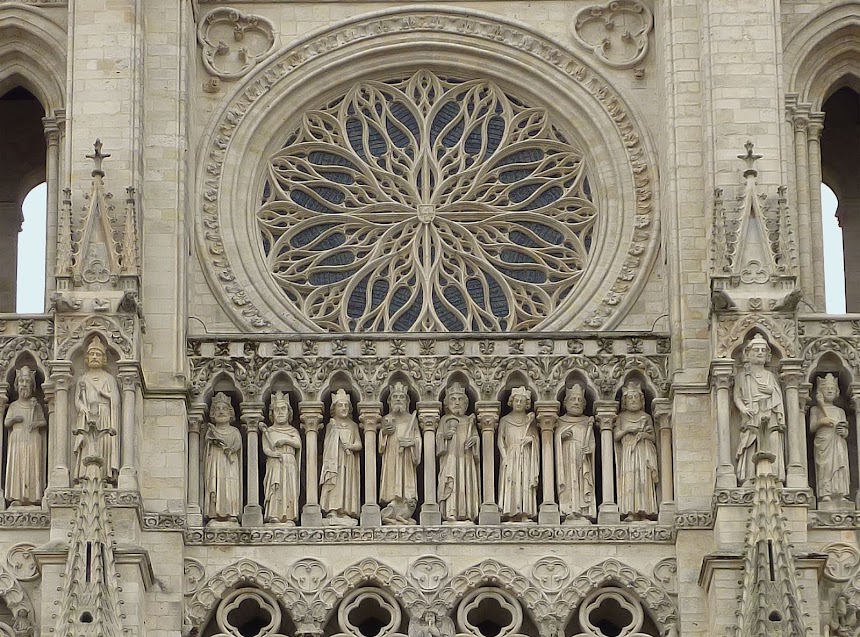 I took a lot of photos inside and from outside the cathedral. Here's one detail shot. I've got more... Walt and I were scheduled to take a trip to Amiens and the nearby Baie de Somme region this past April, but the coronavirus pandemic and French lockdown forced us to cancel. It will be a trip for another day, I hope.
Posted by Ken Broadhurst at 07:00