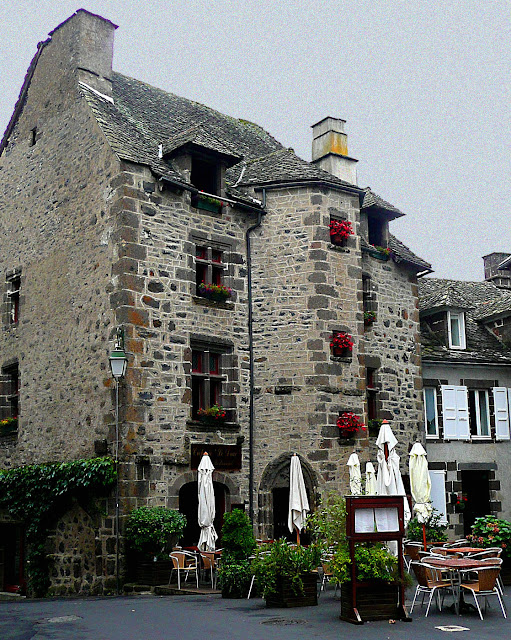 A building in Salers, with a restaurant operating out of the ground floor... I assume that tower houses a staircase. I wish I had gone inside to verify that. 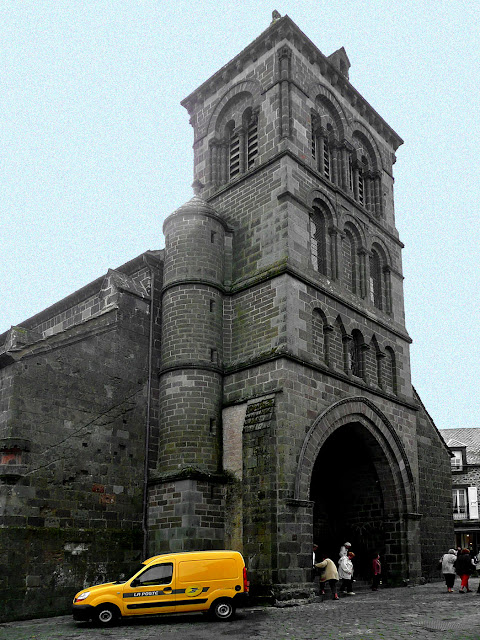 The church in Salers, dedicated to saint Mathieu (St. Matthew). I wish I had gone inside. 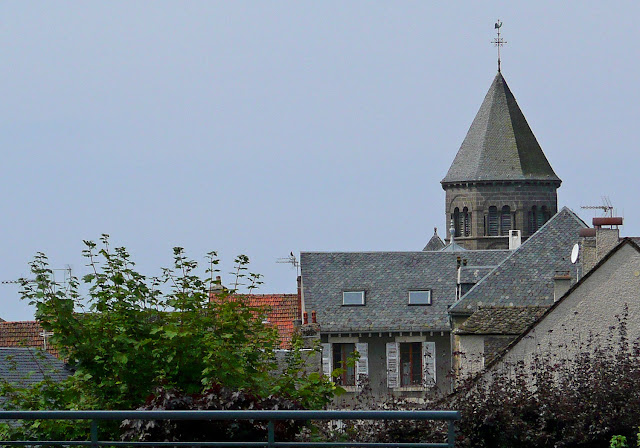 The church in the town of Mauriac, just north of Salers. The church is called the Basilique de Notre-Dame-des-Miracles and was built in the 12th century on the site of an older chapel. I wish I had seen it from closer up than this. 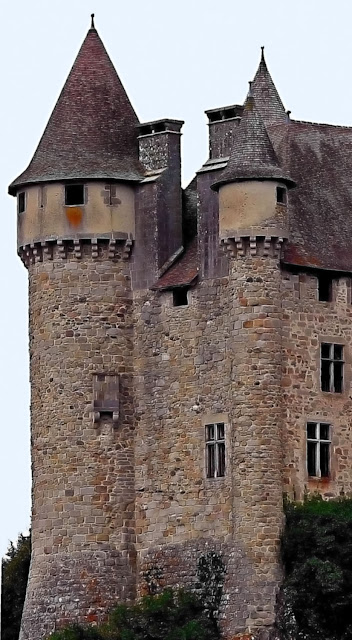 The towers of the Château de Val, north of Mauriac and near the town called Bort-les-Orgues. I wish I had gone inside the château when we were there. 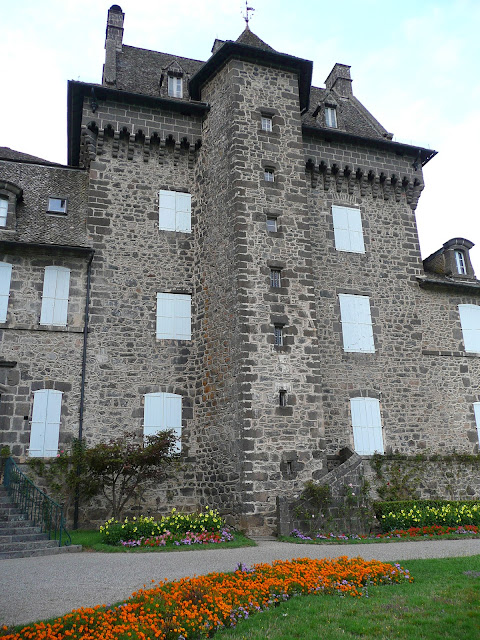 The Château de Saint-Chamant. We walked around the grounds, but the building itself was closed up tight. I wish I had been able to go inside. It's only open from July 1 to August 31. Is this another staircase tower? 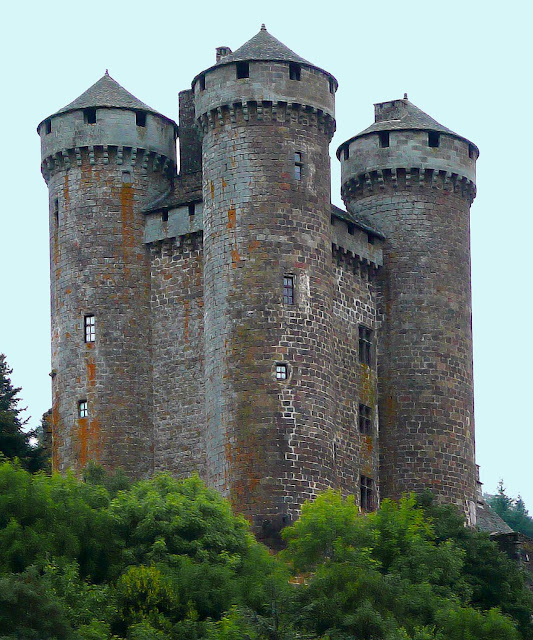 The towers of the Château d'Anjony in Tournemire, south of Saint-Chamant. I repeat: I wish I had gone inside. It was closed the day we went there, because it was lunchtime. So we went and had lunch in a restaurant.
Posted by Ken Broadhurst at 06:25