Cherubs and the baby Jesus 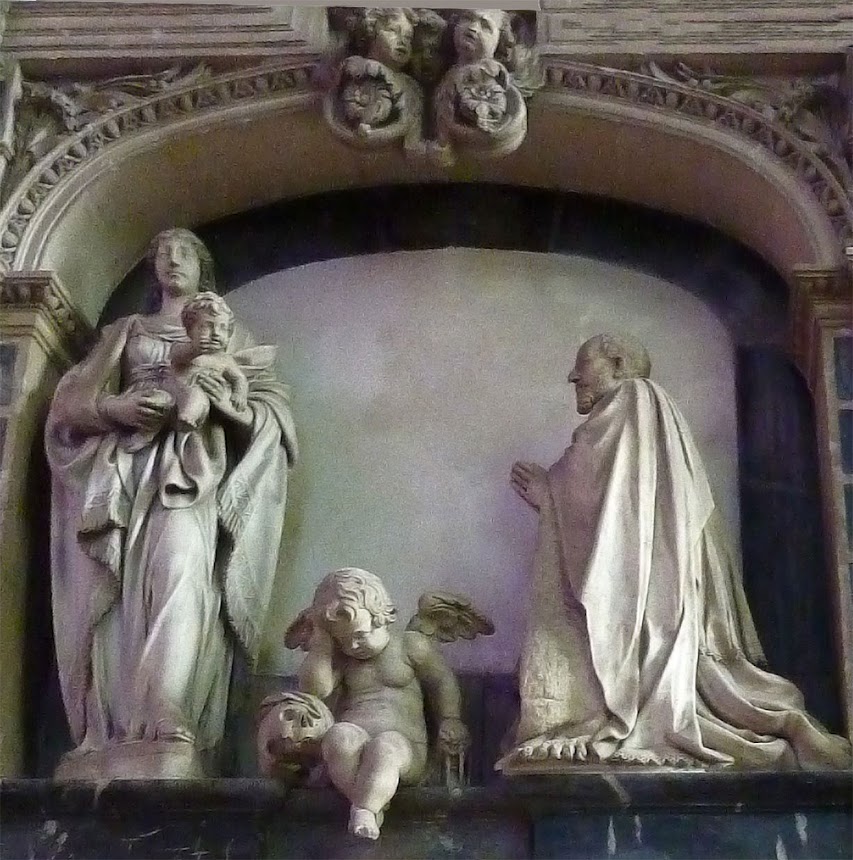 L'ange pleureur, the weeping angel, is one of the most famous works of art in the cathédrale Notre-Dame d'Amiens. During World War I, postcards bearing its image were sent far and wide by Allied soldiers who had come to defend Amiens and the Somme from German forces. 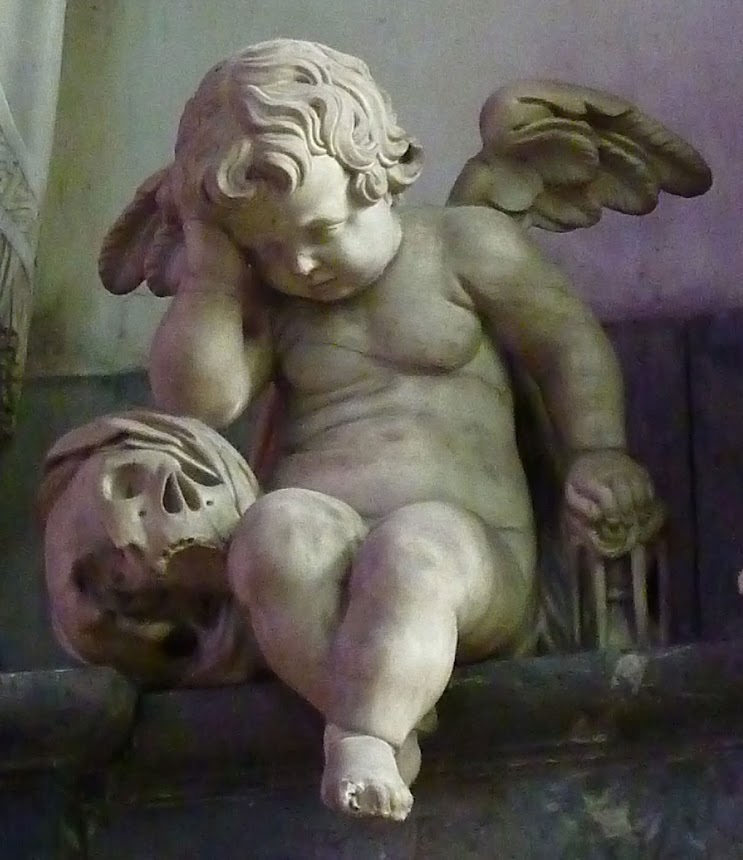 The weeping angel was sculpted by Amiens artist Nicolas Basset in 1628. 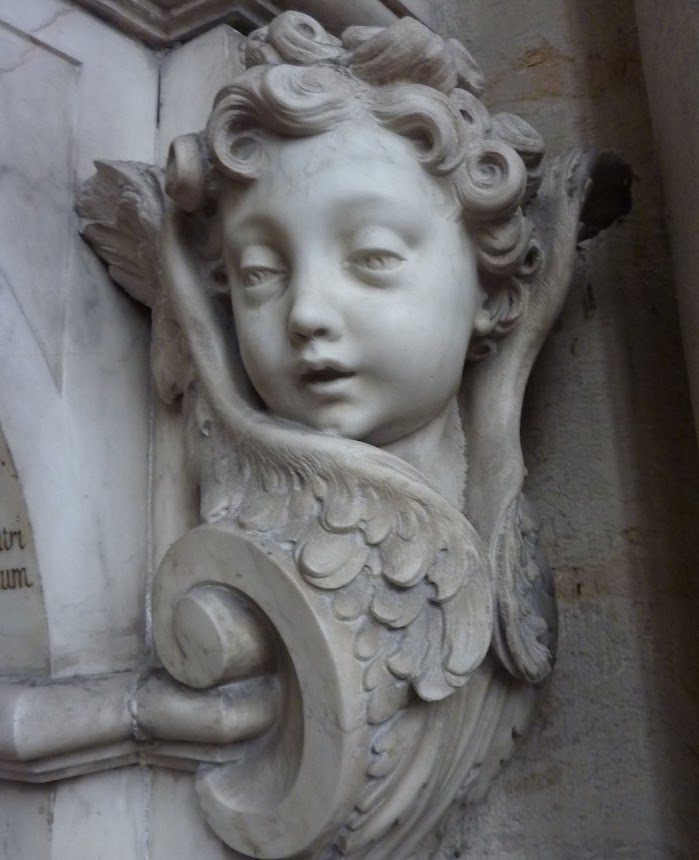 The sculptures above and below adorn the tomb of a man named Charles de Vitry and were put in place in the early 18th century. 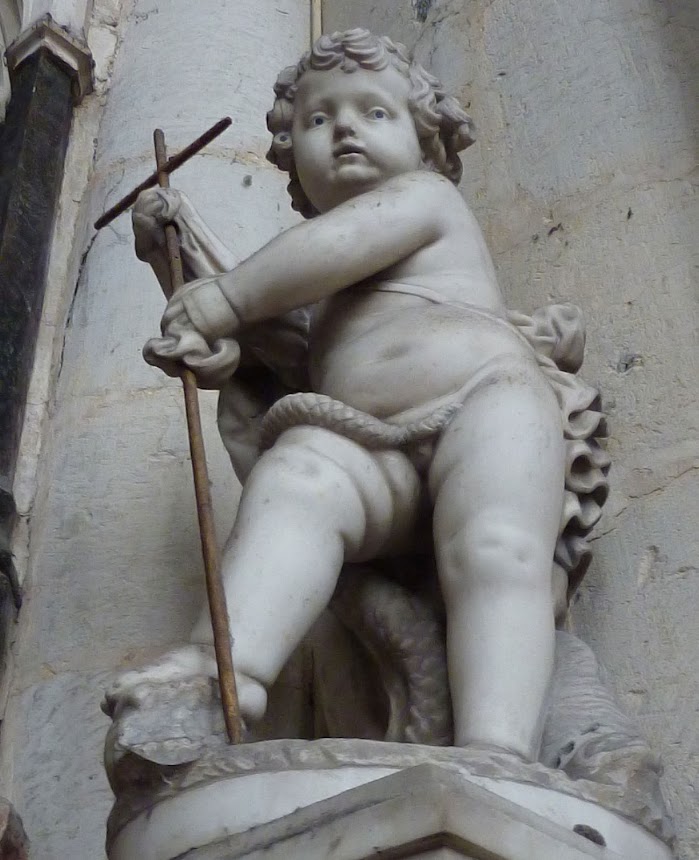 Above is the Christ child carrying an iron cross and trampling the Serpent. I think all these statues might be the work of Nicolas Basset, who one article I saw described as un étonnant sculpteur baroque...
Posted by Ken Broadhurst at 07:00