Our “summer” so far

We had a fairly hot day yesterday, and we had some back in May too. But here's the reality about our weather here in Saint-Aignan. We seem to be having one of those co-called "Loire Valley summers."
We also had about four inches of rain in June, according to Accuweather's statistics. To be balanced, I should point out that we did have 6 days in June when the high was above 80, and on 2 of those it was above 90. All this is according to Accuweather data. 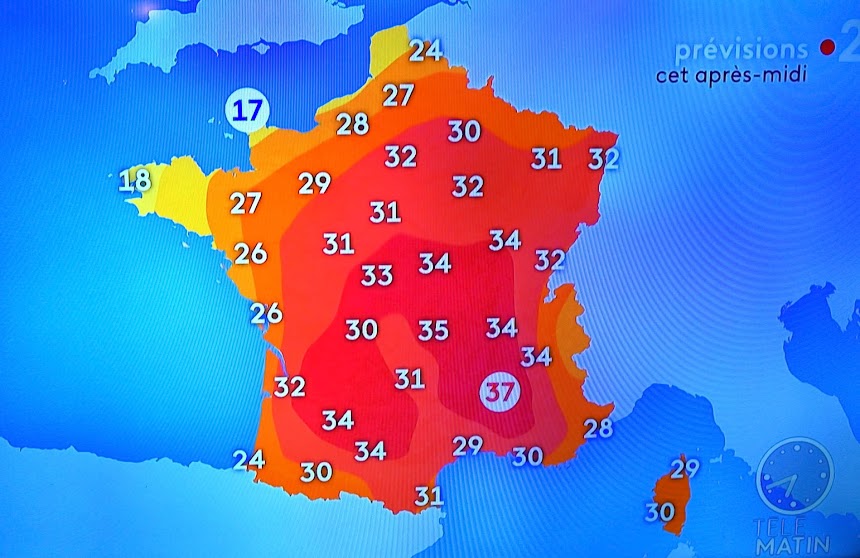 Temperatures on French maps are in centigrade. See the chart on the sidebar for F equivalents.
Predictions for Saint-Aignan today are temperatures in in the upper 80s. But tomorrow's high is predicted to be around 75º, with showers. We've had very few days so far when the weather has discouraged us from baking things like bread or gratins (casseroles) in a hot oven.
Posted by Ken Broadhurst at 06:35