Inside the cathedral at Amiens 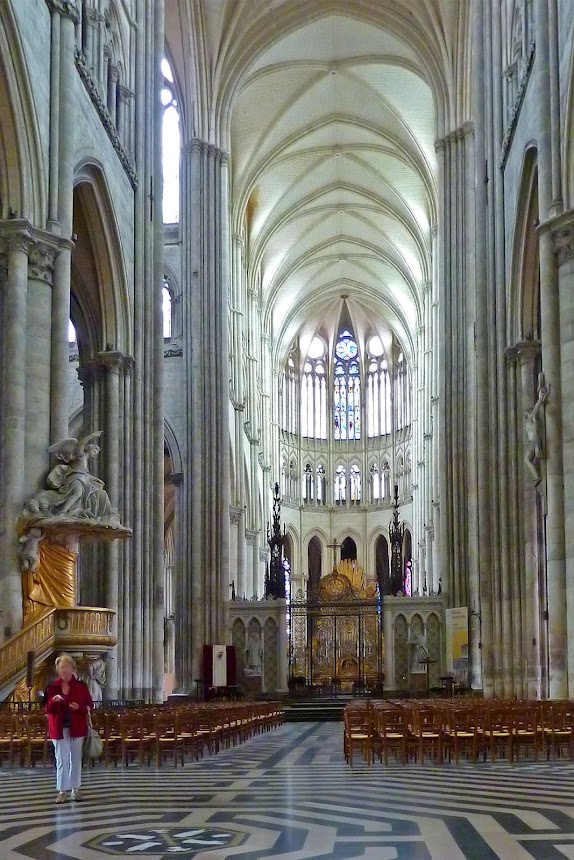 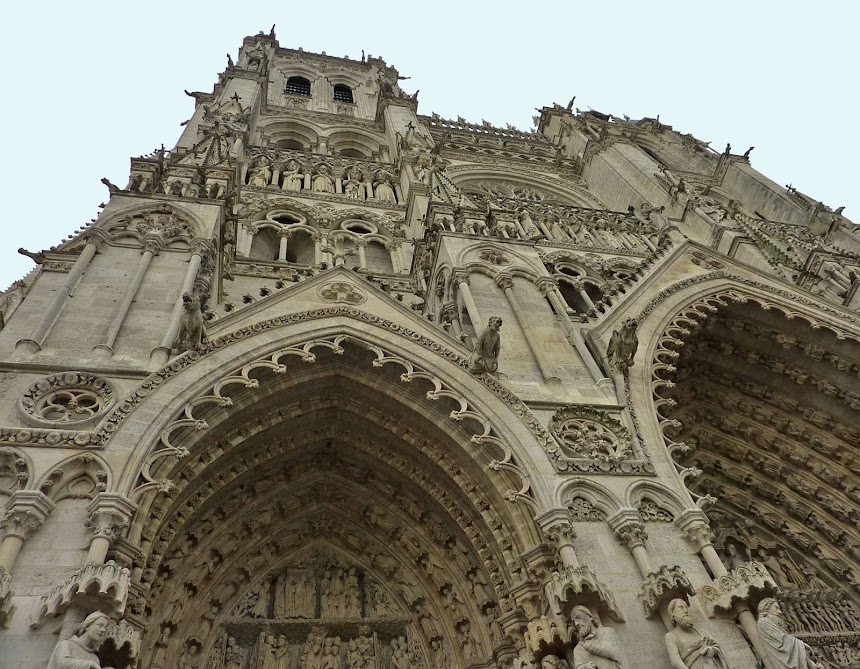 Notre-Dame d'Amiens suffered significant damage during the First World War. The German army bombarded the town and the cathedral with mortar shells. The people of Amiens sandbagged the front of the church to try to prevent damage to all the sculpture. After the war, the stained-glass windows were dismantled and taken to Paris for restoration work. Unfortunately, an accidental fire in the Paris facility where the work was under way destroyed most of them. The cathedral made it through the Second World War unscathed. 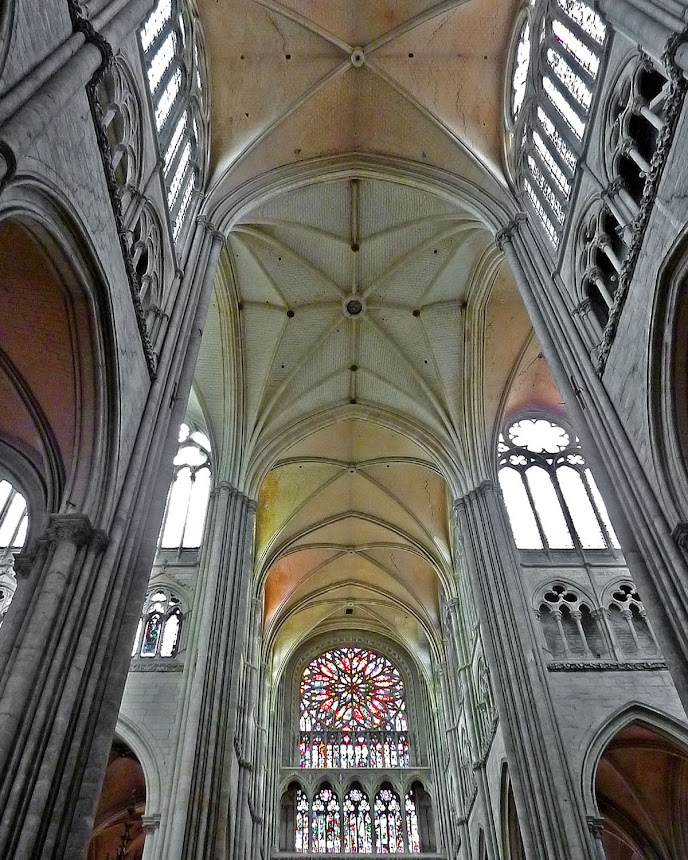 I wish my photos gave a better idea of and feeling for how enormous the Amiens cathedral really is. In fact, it's almost twice as big as Notre-Dame de Paris. I remember the feelings I had when CHM and I were inside the cathedral ten years ago today — dizziness and exhilaration. Over the next few days, I'll be posting some more detailed photos I took there.
Posted by Ken Broadhurst at 07:00