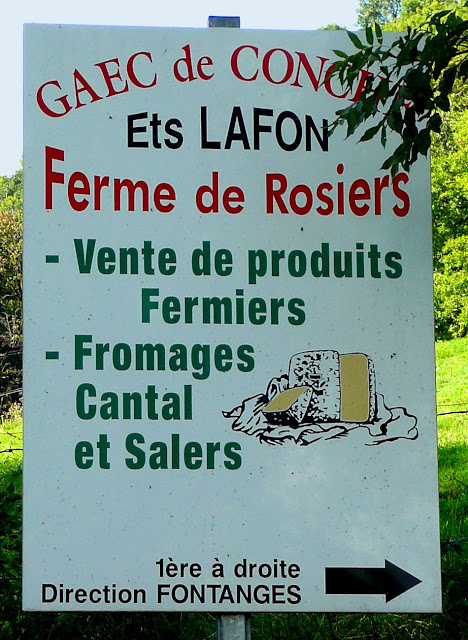 After going out into the pastures to see the milking of herd of Saler cows, with their calves, we headed back to Saint-Chamant (Cantal) to go to a dairy farm and watch the afternoon cheese-making session there. Here's the sign that pointed the way. 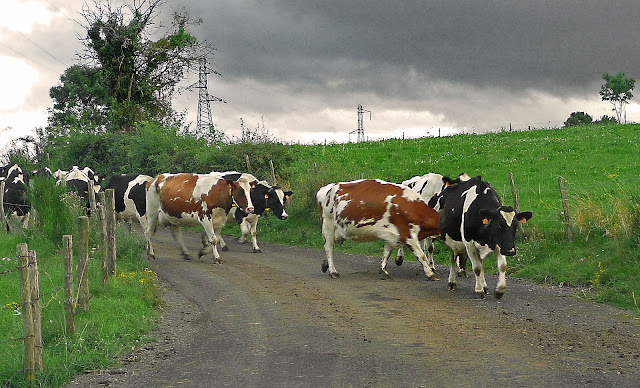 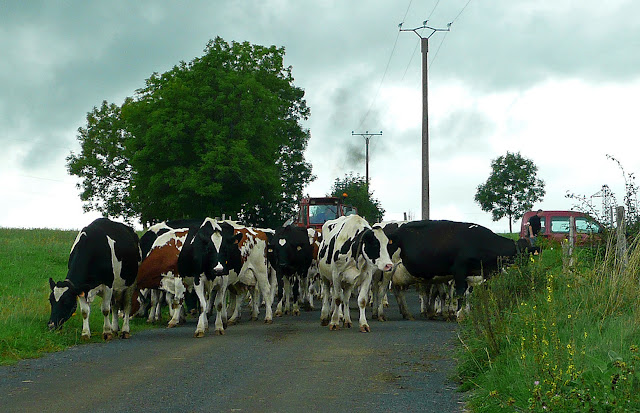 The Montbéliardes give good milk that resembles Salter cows' milk. Montbéliardes don't need their calves to be present to get the milk to start flowing, so they are easier to work with. 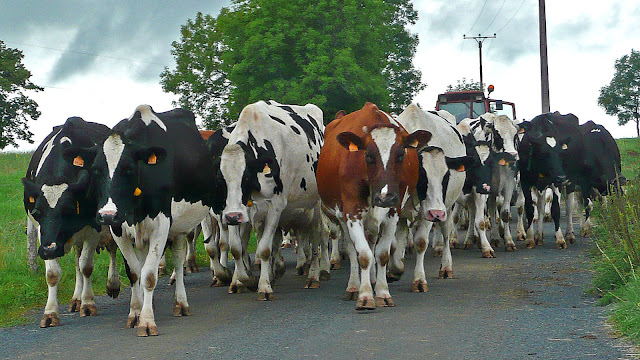 As we drove toward the farm from Saint-Chamant on this narrow country lane, we came nose-to-nose with a small herd of cows that were headed, I think, back to the pasture after being milked. 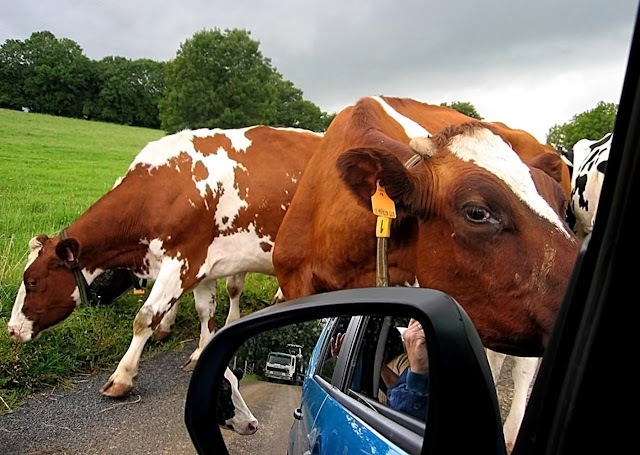 The cows surrounded the car. They were curious but not aggressive. Thanks to my friend Evelyn for this photo from that evening in September 2009.
Posted by Ken Broadhurst at 06:15