On the south-facing façade of the transept of the cathédrale Notre-Dame d'Amiens there's a portail, a portal, that seems to go by two names. It's called either the portail Saint-Honoré or the portail de la Vierge dorée ("the golden Virgin").
Here are three views of it, going from farther out to closer in. 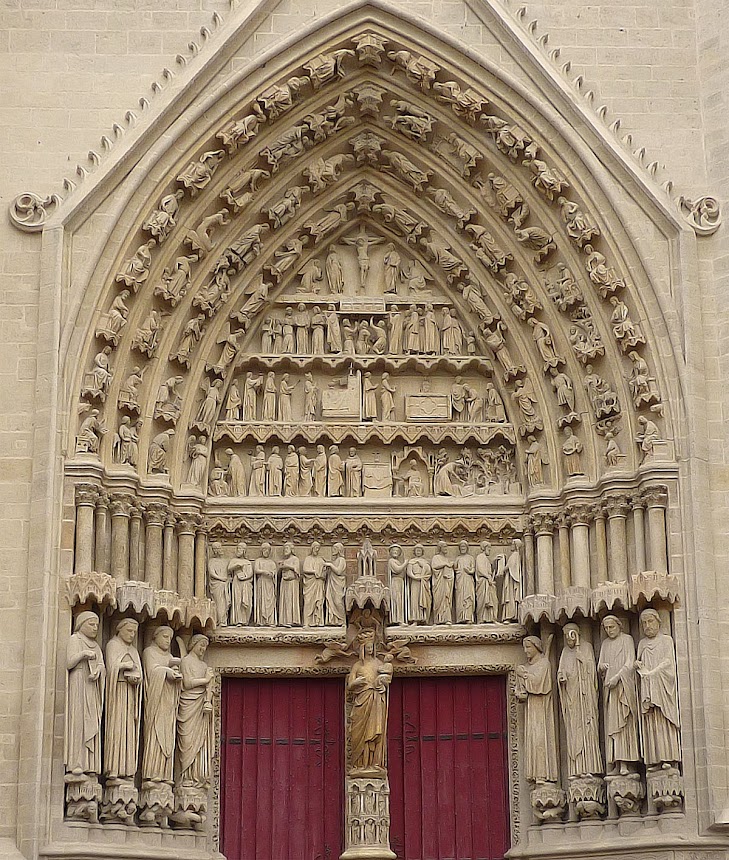 The figures above the Virgin Mary are the twelve Apostles.
Saint Honoré, who died in about the year 400, was the seventh bishop of the city of Amiens.
He is also the patron saint of bread bakers (boulangers). 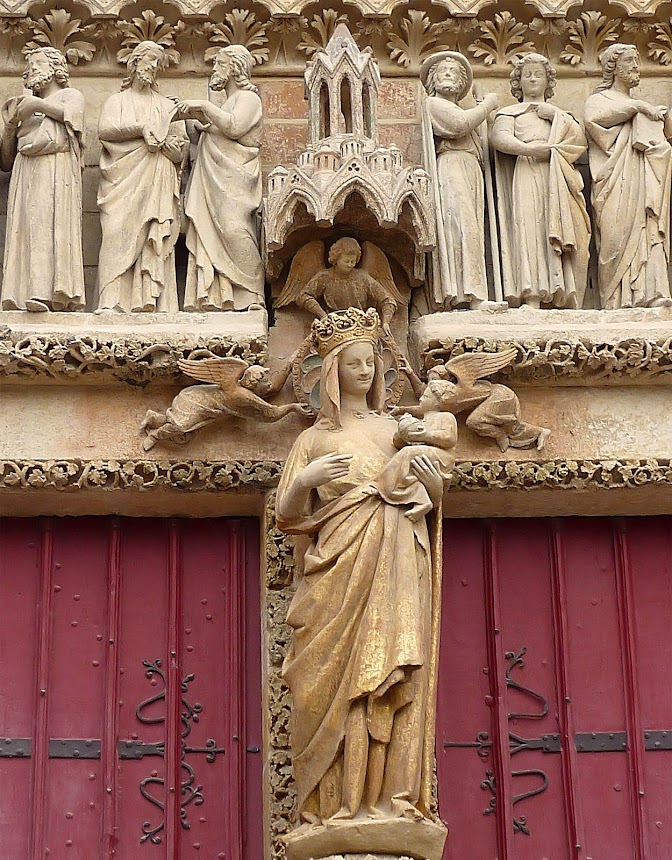 This statue of the Virgin and Child is actually a copy of the 13th-century original (photos here),
which was moved to the interior of the church in 1980. 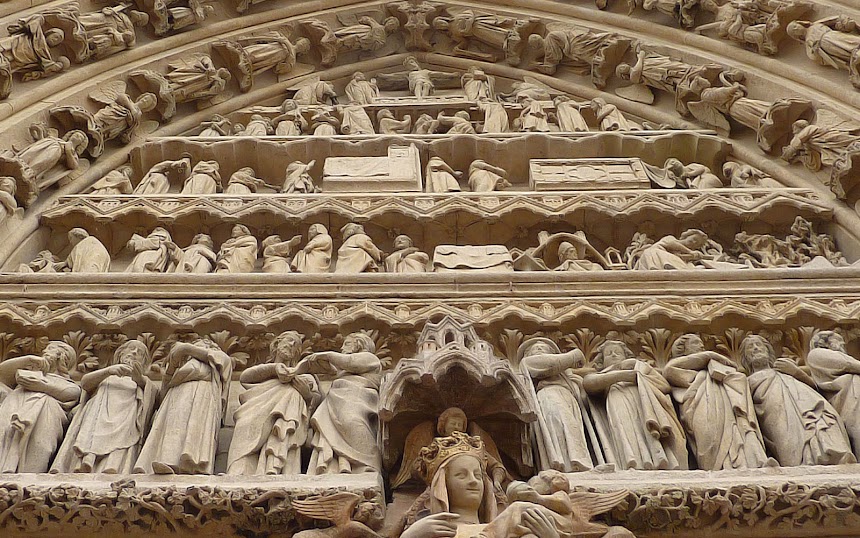 It's this kind of statuary that was saved by sand-bagging the façades of the cathedral during the bombardments of the 1914-1918 war. These are 10-year-old photos that I took with a Panasonic Lumix DMC-ZS1 digital camera.
Posted by Ken Broadhurst at 07:20