In my mind, I'm still in the Auvergne

And I want to go back there. Today I'll post just a few photos of houses in the Cantal département in the Auvergne, which is in the mountainous center of France, three or four hours south of Saint-Aignan. 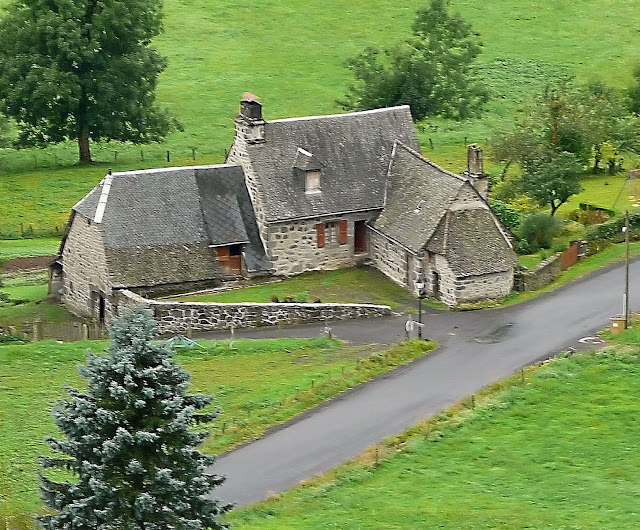 In fact, my big news today is that I went to the super-market yesterday, and I went inside. It was the first time I'd done that since last March 14 — almost 16 weeks go. 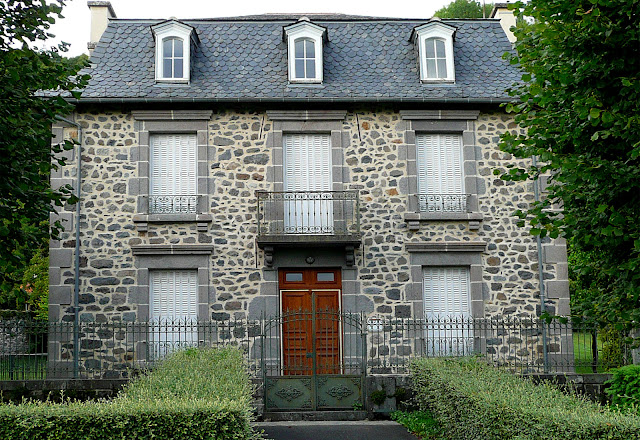 I drove into the Super U at about 8:40 a.m. The store opens at 8:30. Sometimes there are people waiting to get in at that hour, and I wanted to give them 10 minutes to get inside before I followed them, rather than mixing with the crowd. 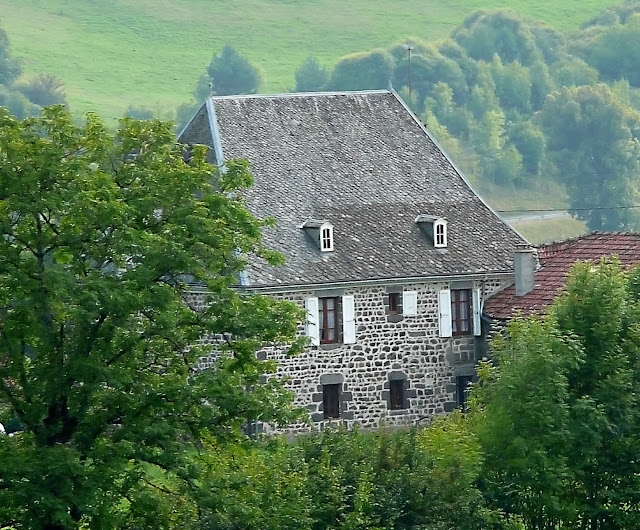 Actually, if the parking lot had been crowded with cars or people, I wouldn't have entered the store. But it wasn't, so in I went. I was wearing my "face covering" of course. I had my hand disinfectant liquid in the car. 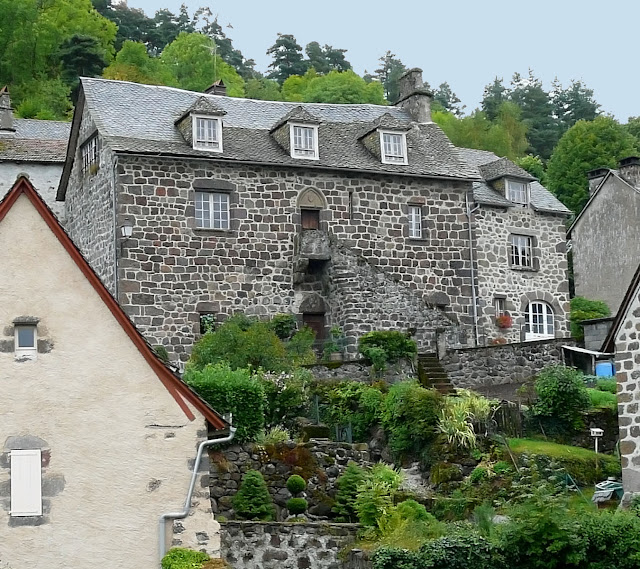 My plan was to go in, go directly to pick up the things I wanted, and then to get out of the store as quickly as possible. But once I was inside, and I saw there was no crowd, I actually picked up a few things that I hadn't really thought about buying. There were no long lines at the caisses, so that went smoothly. 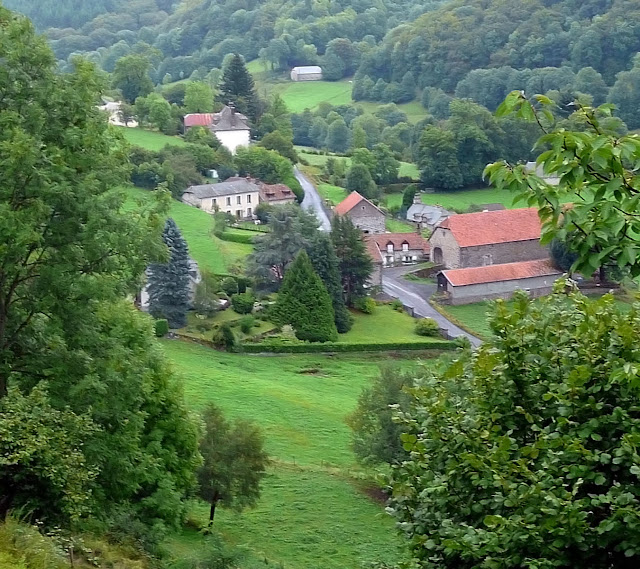 Some of the houses in today's photos are in Saint-Chamant and some of them are in Tournemire. I took the photos on a cloudy day in September 2009 with a Panasonic Lumix TZ-3 digital camera.