I don't seem to be able to find any photos from storm-damaged Morehead City (my home town in North Carolina) that aren't several days old. I assume that's because the people there are too busy cleaning up and maybe don't have electricity back yet. I still don't have news from many people that I'm concerned about. I feel cut off from N.C. and the U.S. now the way I used to feel so cut off from France before I came to live here. 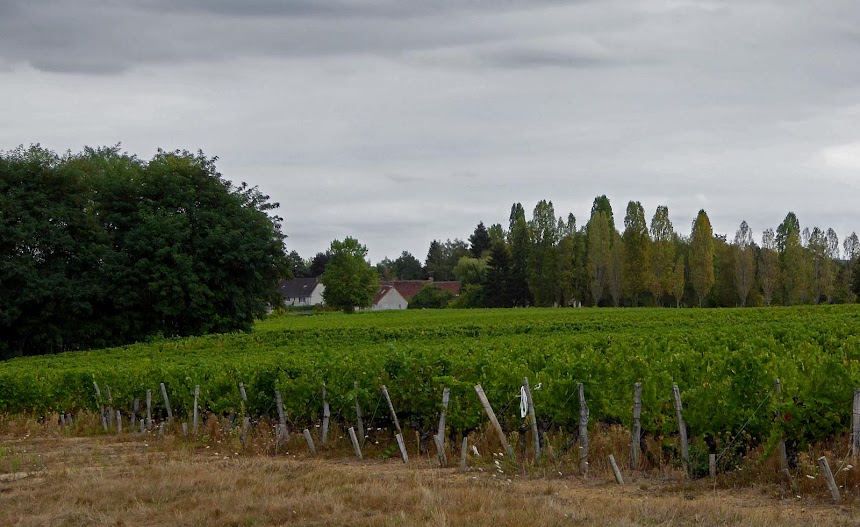 Here in Saint-Aignan, on the last day of astronomical summer, it's just dry dry dry. It's a parallel universe in some ways, given how wet it has been in Morehead City and the rest of eastern North Carolina. Forecasts say we might get a sprinkle of rain tomorrow. 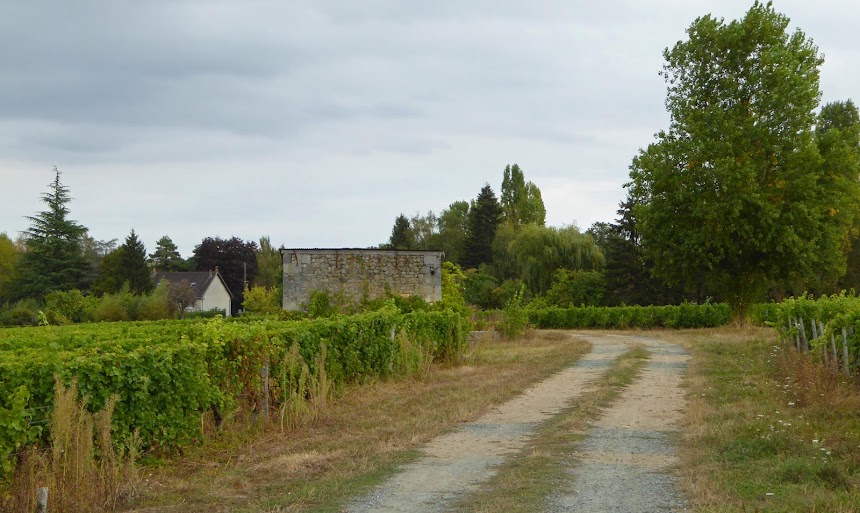 Here are some local Saint-Aignan scenes from a few days ago, when I was coming back home from a vineyard walk with Natasha the Shetland sheep dog. Good news: we've started up our daily walks again. Shorter walks than before, but walks quand même. 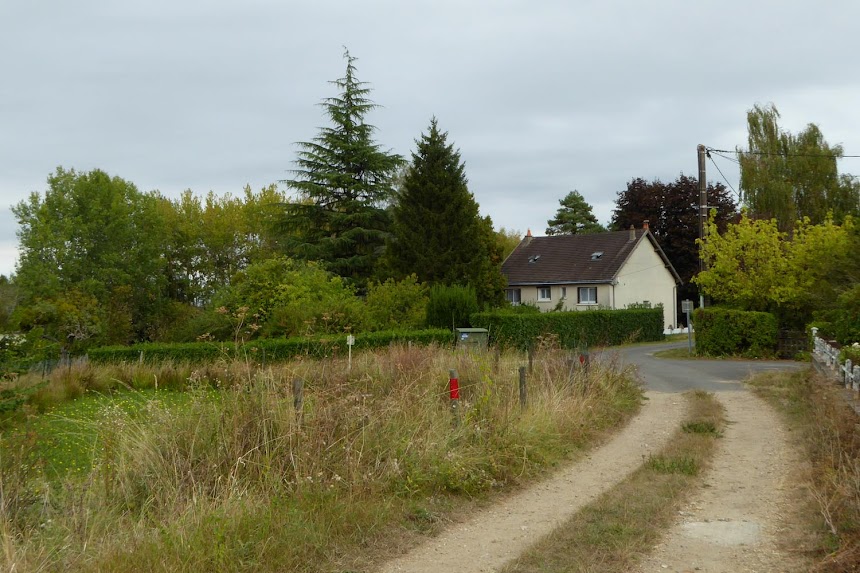 I'll be going out with the dog in a few minutes, once the sun comes up. Other good news: our new dishwasher is supposed to be delivered and installed later today. Because we do so much cooking and processing of food for storage, it turns out that a dishwasher isn't exactly a luxury for us.

P.S. I just found out that the newspaper based in Morehead City, the Carteret County News-Times, was able to publish yesterday. The newspaper's on-line edition is not available in the European Union unless you have a VPN set up on your internet connection. I just recently set up a VPN (Virtual Private Network) so I was happy to get some information from home (but not enough).
Posted by Ken Broadhurst at 07:00