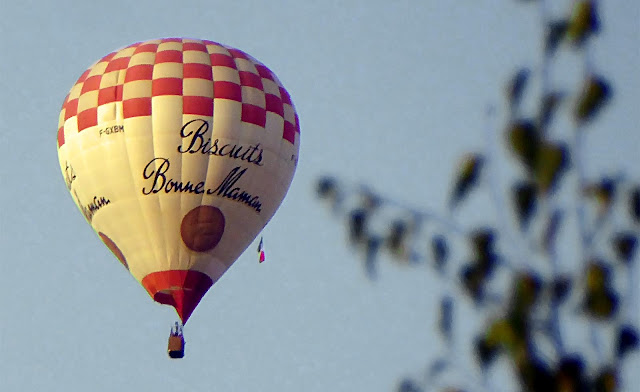 After a beautiful, sunny, not-too-windy summer during which we saw hardly any hot-air balloons (montgolfières) at all, we've now seen this one three times in just a week. It's a balloon we were used to seeing float by for the last four or five years. Walt noticed it yesterday morning when he was out walking with Tasha, and then I was able to get this long-zoom photo of it from a window. 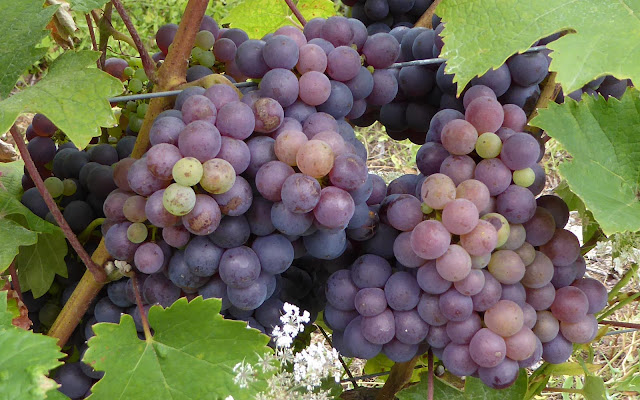 There was no sign of vendanges (the grape harvest) starting up yesterday. The weather was beautiful, and the grapes look ripe, but I haven't seen any news about a decision as to when harvesting can begin. The autorités départementales up in Blois decide that by publishing a decree giving the vignerons the go-ahead. 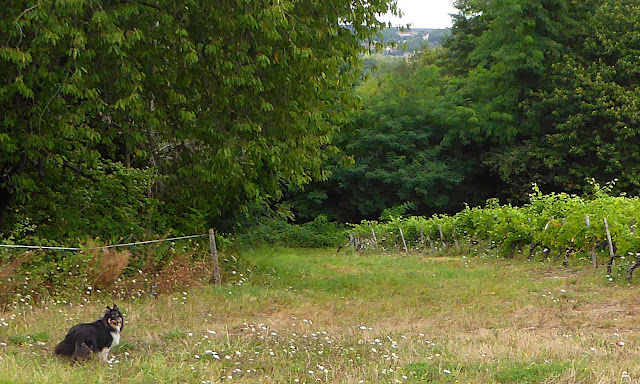 This is the northeast corner of the Renaudière vineyard, just a few steps from our house. It's on a steep slope and bordered by woods. Tasha and I walk down there several times a week, and we see chevreuils (roe deer) there fairly often. This year I've seen a strikingly deep-rust-red-colored chevreuil three or four times, but never when I had my camera with me. Walt says he's seen a pair of chevreuils, a buck and a doe, several times this summer, but again, no camera in hand on those occasions.