Yesterday afternoon I had my camera with me when I came back from the walk with Tasha. Bert the black cat was lying on the the greenhouse floor, basking in the warm sunshine. He followed us into the utility room and sat down in the sunshine while I was changing out of my walking shoes. Bert is 12 years old, and he's lived with us for more than 8 years now. 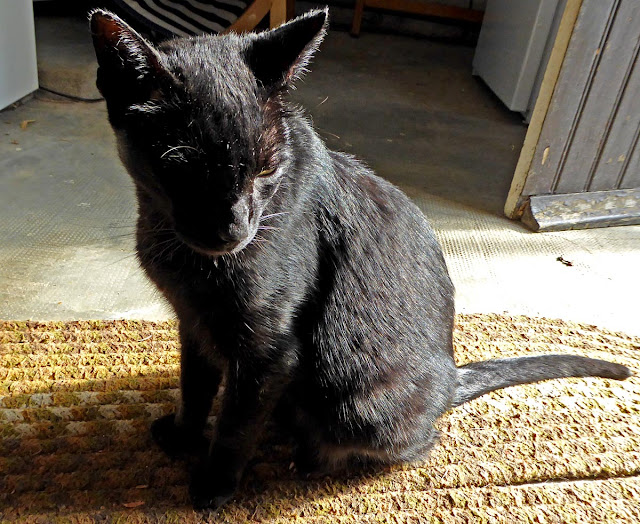 It's really hard to take photos of a cat, and it's even harder to take photos of a black cat. Cats aren't good at posing. If they do pose, it's often in a place that's too dark for a good picture, or they're in bright sunlight, and the photos come out too contrasty. Bert (he was named by the British couple who left him with us when they moved from Saint-Aignan back to the U.K.) is an outdoor cat who's a good hunter. He used to fight with other cats in the hamlet, but those days seem to be over. He retains scars from his battling days. Both the upper fang and lower fang are missing from one side of his jaw, for example. 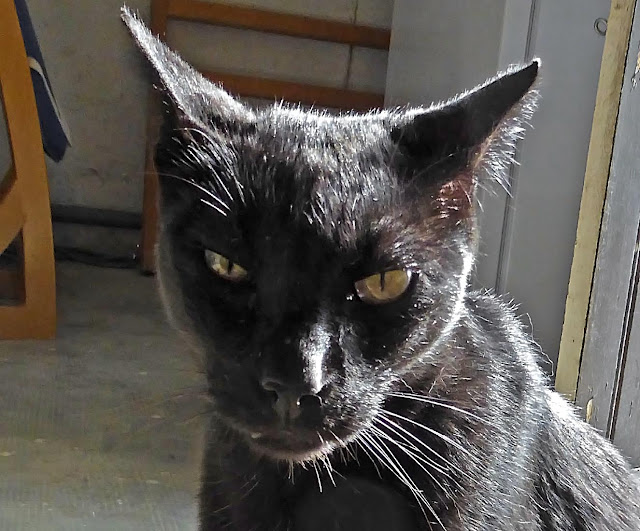 We told our neighbor, whose daughter has been visiting from Bordeaux, that we had scheduled a week-long trip for the end of October, and we hoped she could take care of Bertie for us during that time. The daughter chimed in, saying that wouldn't be any problem because her mother is already taking care of Bert, who's been spending a lot of the day in her house recently. The neighbor, C, feeds Bertie, so of course he feels welcome over there. 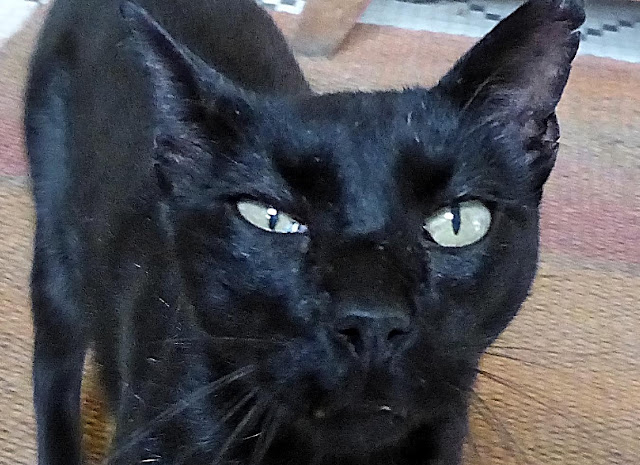 Walt saw this last photo on my screen yesterday and said he thought it made Bert look pretty mean. We know that he's not mean or aggressive, at least not with us. But when you point the camera at him for a closeup, he lifts up his head and comes toward the lens. I think he's just curious about it. And that's why he looks like this.