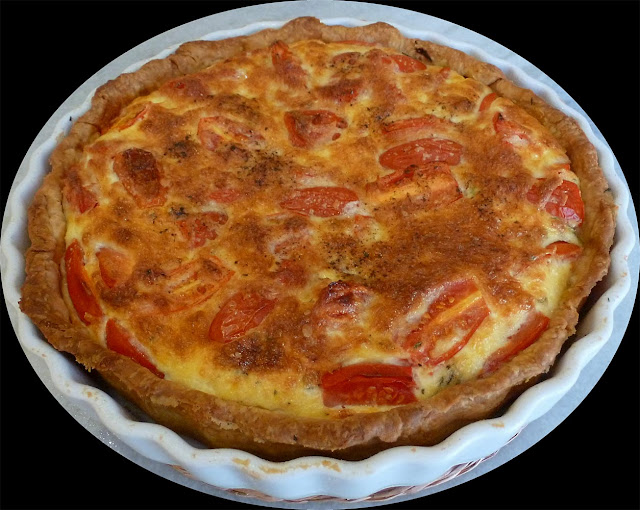 It had been a while since we'd made a quiche. I had just bought eggs, so we had plenty. And we had cream and cheese. So we were set. We also had a lot of little fleshy, not-too-juicy tomatoes. Here's the result. 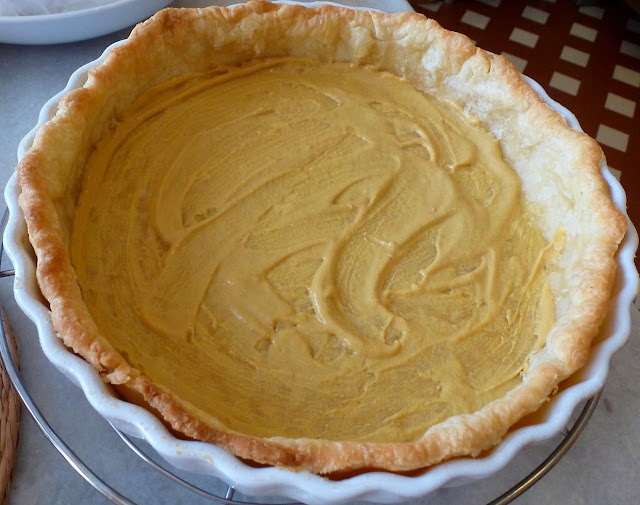 It's surprising how good Dijon mustard is when cooked with tomatoes. It's not that you really taste the mustard when you eat it this way, brushed on the pie crust before you fill it with the other quiche ingredients. But it perks the whole thing up. For more taste, sprinkle some herbs on top of the mustard. We used dried thyme and oregano —plus fresh rosemary, which was especially good. 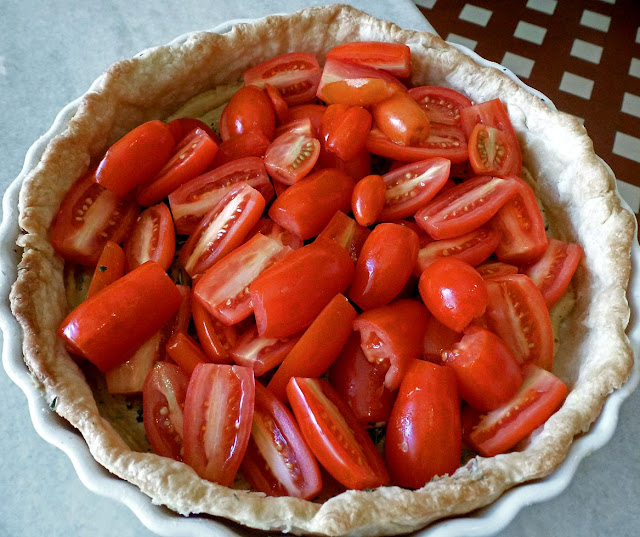 After brushing mustard over the bottom of a blind-baked (pre-cooked) pie crust, fill up the pie shell with tomatoes. If the tomatoes are very juicy, it might be better to remove the seeds and pulp, keeping just the firm parts of the fruit. I just had to cut these little tomatoes in half, trimming off the stem and blossom ends. 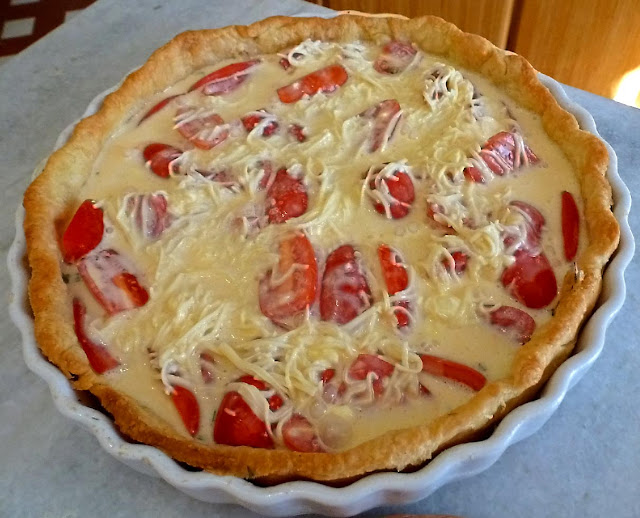 The quiche appareil ("apparatus" or custard mixture) is three or four eggs beaten with about 20 milliliters (six or seven fluid ounces, so less than a U.S. cup) of heavy cream and flavored with a handful of grated cheese (as much as you like). The amounts you need depend on the size and depth of the pie shell you're using. Season the tomatoes with salt and pepper, and season the custard mixture with salt, pepper, and just a pinch of grated nutmeg. 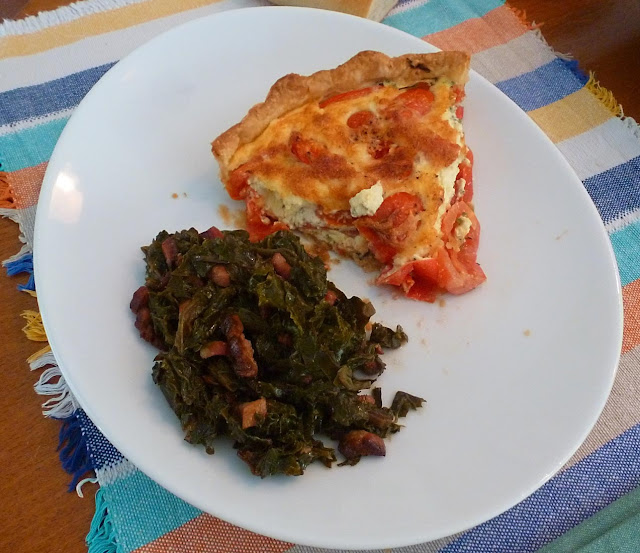 Alongside the mustard-flavored tomato quiche, we had some braised kale (Red Russian) from the garden. The recipe for the quiche is below — sorry the amounts are sort of vague — along with a photo of the little tomatoes we harvested this summer from a plant that was a volunteer from the 2017 garden. We've saved some seeds from them to plant next year, because they're so good. 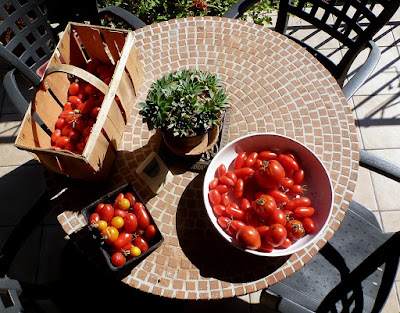 Blind-bake the pie crust. Take it out of the oven and let it cool slightly. Then spread mustard over the bottom of the pie shell. Sprinkle some dried fresh herbs (thyme, oregano, rosemary) on top of the mustard.

Cut up enough tomatoes, seeds removed if they seem too watery, to loosely fill the pie shell and add them. Season with a sprinkle of salt and pepper.