Okra are called gombos in French. It's an African word. That's where we get the term "gumbo" as in the Louisiana specialty dish. Okra is an ingredient — a green vegetable — that also acts as a thickener in the chicken, sausage, or seafood stew that is gumbo, as well as adding good taste. 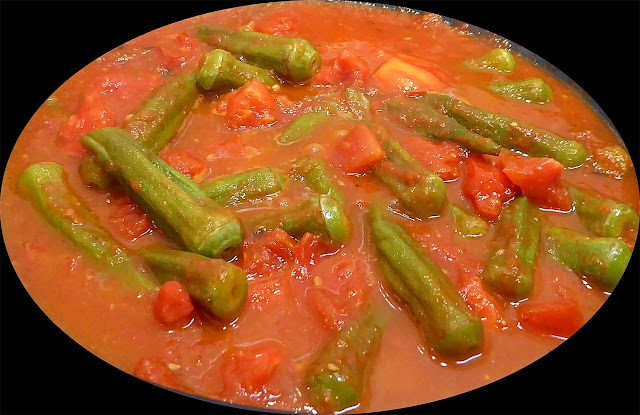 In other places in the U.S. South, people like okra just cooked with tomatoes. The flavors of these two vegetables complement each other, and while the okra helps thicken the stewed tomatoes, the acidic nature of the tomato juice improves the texture of the okra. Add onions, garlic, herbs, and maybe some bacon, and you have a great vegetable dish. It's good served with grains like rice, couscous, polenta, or millet. 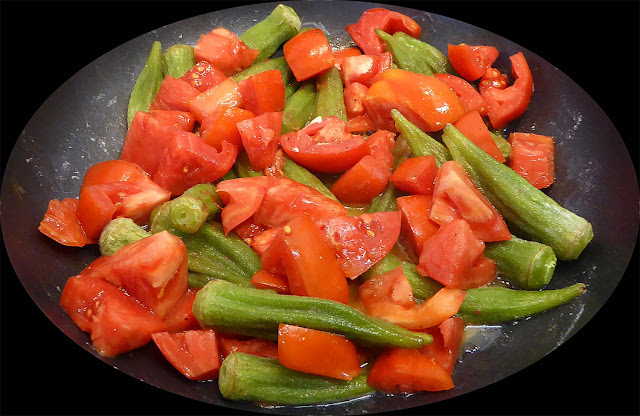 I can't find, or never have found, fresh or frozen okra in the supermarkets or open-air markets in Saint-Aignan. But there are two stores up in Blois, which has a significant population of fairly recent immigrants from places including Africa and India, that normally have some in their produce departments. Once I even found frozen okra, which is almost always available in supermarkets in the U.S. South. I was surprised the one time I found frozen okra in France, in an Asian supermarket. 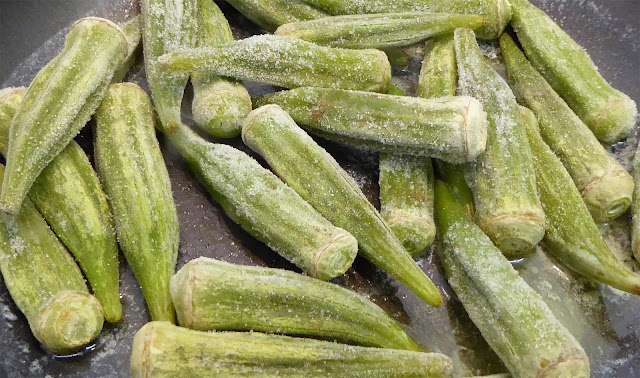 When I can buy fresh okra, several times a year, I usually freeze a good supply of it for future meals. First you have to blanch it in boiling water, as you do with nearly all vegetables you want to store in the freezer. You can trim up the okra pods and then cut them into bite-size pieces before putting them in the freezer if you want to. The ones pictured on the left are some I blanched and froze this summer. 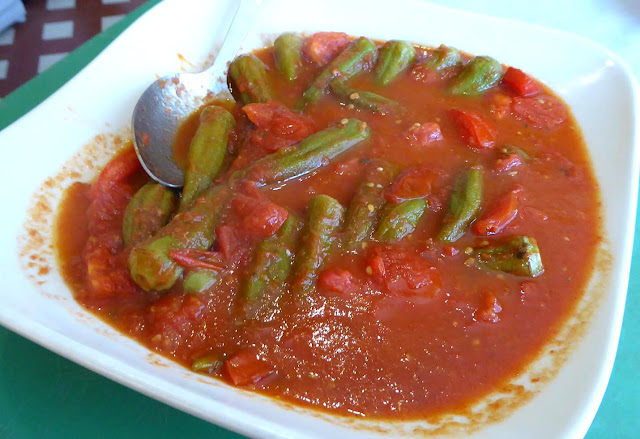 I prefer to leave the pods whole, though. I just cut off the top of the stem end of each pod, and then freeze them on trays so that they are separate and remain that way after freezing. The you can pack them in plastic bags and take out just the quantity you need or want when you decide to cook some, without having to thaw a large quantity. 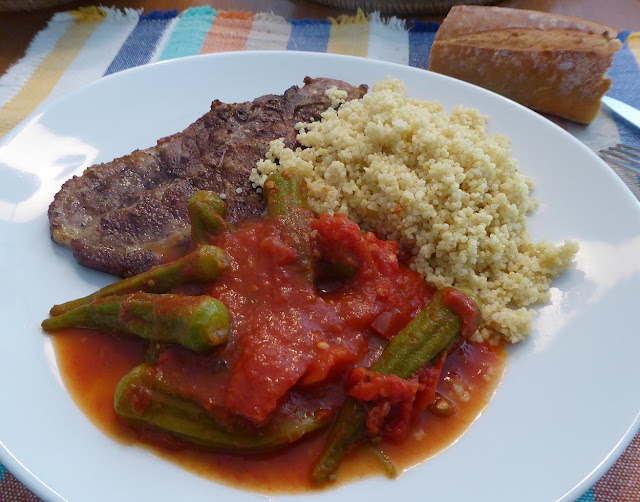 That's what I did the other day. I took a dozen or so okra pods out of the freezer. I sauteed a few cut-up tomatoes from the garden and sauteed them with some onion in olive oil. Then I added some fresh tomato sauce and the frozen okra pods, which were basically cooked before freezing, and let all that simmer on the stove for a few minutes. Meanwhile, we cooked up a batch of millet (also available in the stores in Blois) and grilled a couple of pork chops for lunch. If I can do it, you can do it.
Posted by Ken Broadhurst at 06:00