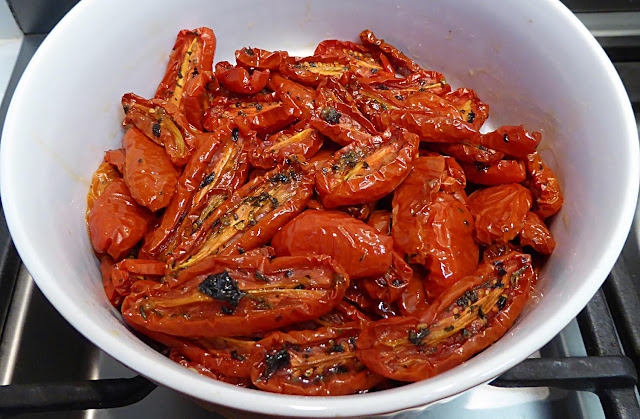 Here's this year's version of a favorite recipe. It's called tomates confites in French, and there really isn't a good English translation of that term. The closest equivalent would be "slow-roasted tomatoes," I think. This is a recipe for cooking tomatoes that you eat soon after they're done. It's not a method of preserving tomatoes for wintertime enjoyment. 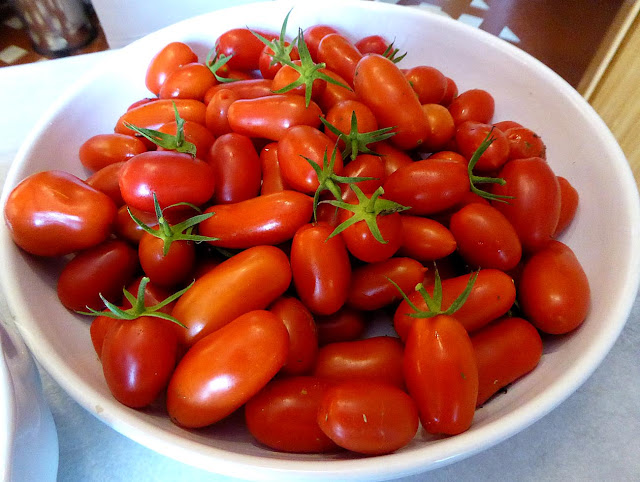 Some of the best producers in our 2018 vegetable garden have been been tomato plants that give us little oblong fruits that are fleshy with not too many seeds. They're a lot bigger than cherry tomatoes and not so juicy. We think they are called "Juliettes" and this year they are exclusively volunteers. Walt didn't plant any Juliettes in the spring — they just came up on their own from seeds that were either left in the ground or in compost that we spread on the garden plot before tilling. 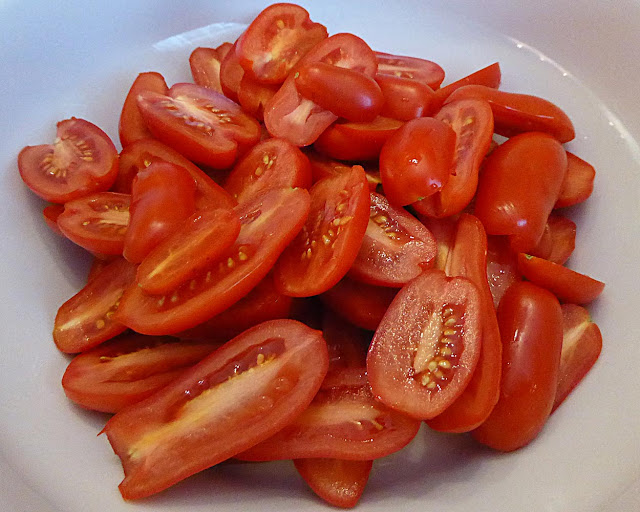 To make tomatoes confites the first thing you do is to cut small tomatoes in half or, if you have larger tomatoes, into quarters or wedges. De-seed them if you want to. These tomatoes were small enough to just be cut in half. I cut the hard cores out of some of them, but on some I didn't need to bother. 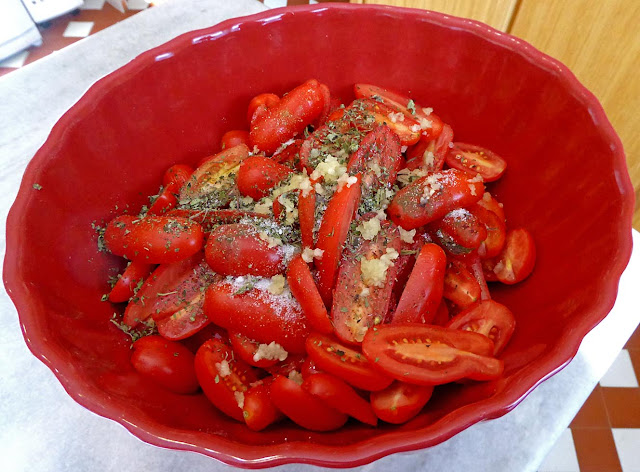 Once the tomatoes are cut up, sprinkle them with salt, pepper, garlic, and herbs like thyme, oregano, or basil. Optionally, add a good pinch of sugar. I used dried thyme and dried oregano leaves to flavor these. Then pour on some olive or other vegetable oil and toss the tomato pieces well. Let them marinate for an hour or two, or even longer. 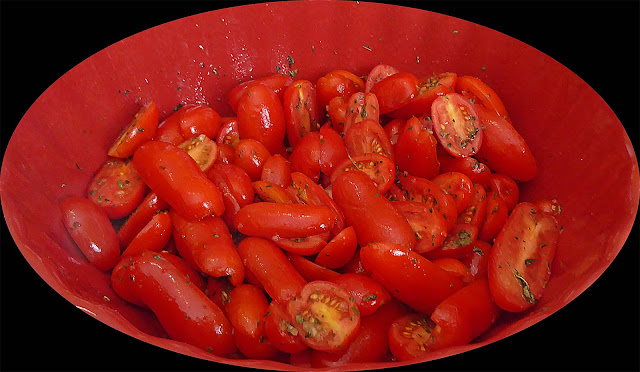 Next, arrange the marinated tomatoes on baking sheets lined with silicone baking pads or parchment paper (papier de cuisson). Put them in a slow oven (about 95ºC — that's 200ºF) and let them cook for about three hours. The tomatoes will wrinkle and dry out just a little bit, but stay tender and moist. 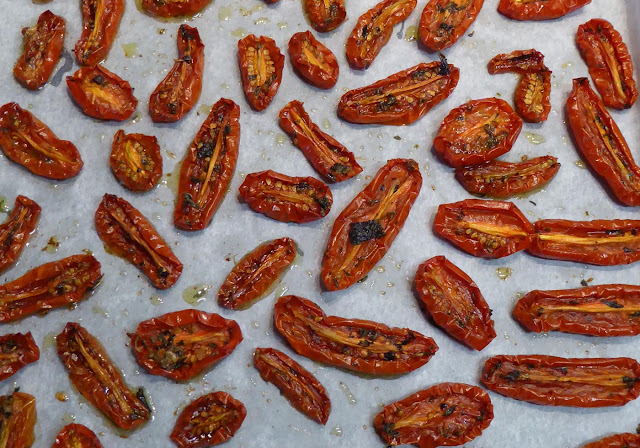 Slow-roasted tomatoes are good in salads, of course, or cooked further in soups or stews the way you might use dehydrated or sun-dried tomatoes. The process of making tomates confites is a lot like preparing and drying tomatoes in the oven or a dehydrator, except that the roasted tomatoes are seasoned and marinated in oil before cooking. They're almost like candy but really only slightly sweet.
Posted by Ken Broadhurst at 06:30