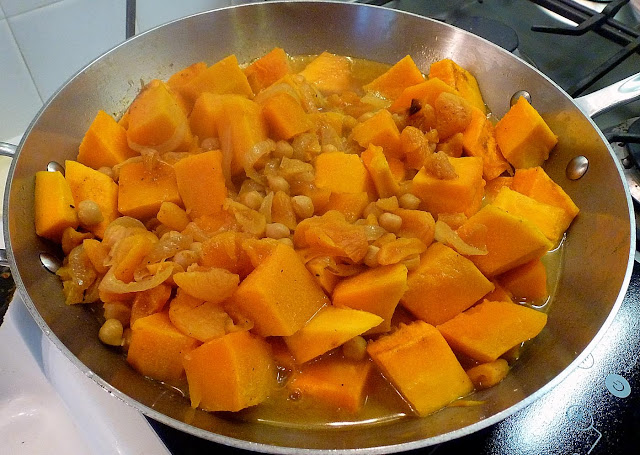 A tajine is a Moroccan stew and also the name of the dish it is cooked in — the same way that the French word terrine means both the dish and the food cooked in it. There can be meat and vegetables in a tajine or just vegetables. And fruit (raisins, prunes, dried apricots, almonds) which goes well with the spice blend typically used in Morocco: it's called ras-el-hanout (meaning "the chef's special blend" I think). It can contain cumin, turmeric, ginger, nutmeg, coriander seeds, cardamom, pepper, sweet or spicy paprika, fennel, fenugreek... as many as two dozen spices. 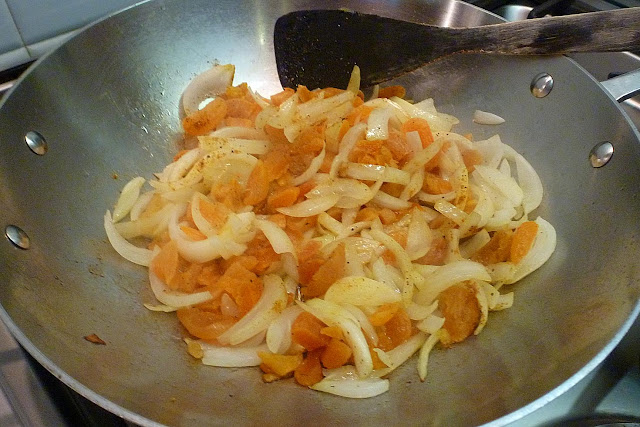 So you can blend together whatever spices you want, really, within those guidelines. Personalize your cooking. But don't go wild. Pumpkin, or whatever winter squash, is really good in tajines because it cooks quickly, has sweetness, and is complemented by the Moroccan spices. Think pumpkin pie spices, but with some heat and less sugar. Even so, tajines are often sucré-salé-épicé dishes. 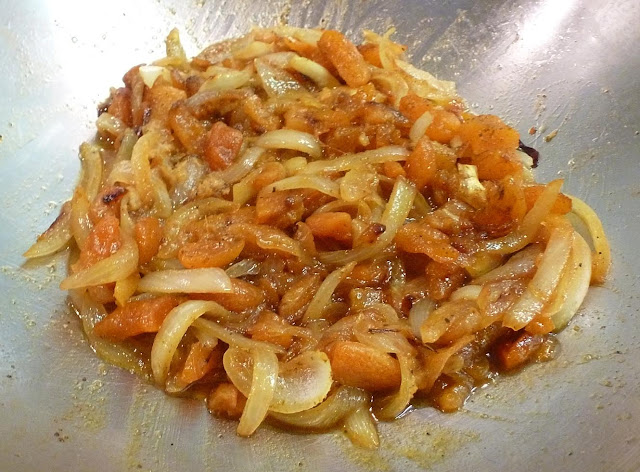 The first step in making this pumpkin or—why not? — sweet potato tajine is to sauté some onion (and garlic if you want) in a pan in olive oil. Add salt and pepper. And as the onions cook, add a drizzle — one or two tablespoons, to taste — of honey to the mix Let the onions "sweat" or cook on low heat for 10 or 15 minutes until they are lightly caramelized by the honey. Oh, the other ingredient here is dried apricots, which have been soaked briefly and then get slow-cooked with the onions and honey. (You could put in raisins instead.) 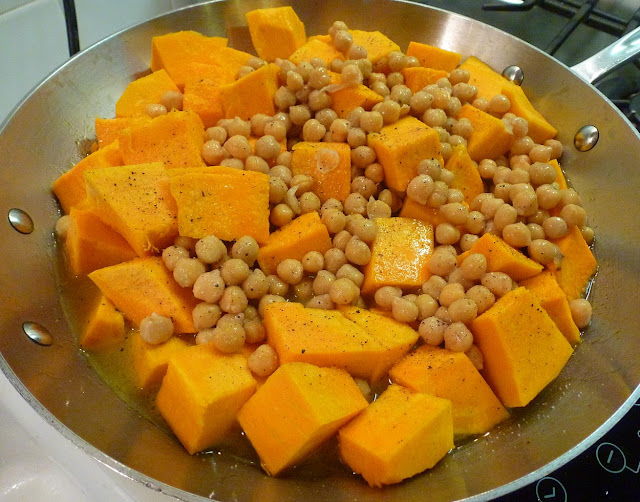 The other thing I like to add to a pumpkin or sweet potato tajine, for flavor and texture, is some chickpeas. I buy them in cans (tins), and they're very good. Chickpeas (garbanzo beans) and other beans are vegetables that are not really altered by the canning process. Add the spice blend you like and the quantity you like, and then let the canned chickpeas and the pumpkin cook together for 30 minutes or so, until both vegetables are just tender. One recipe I've found uses dried ginger and turmeric as the only spices. 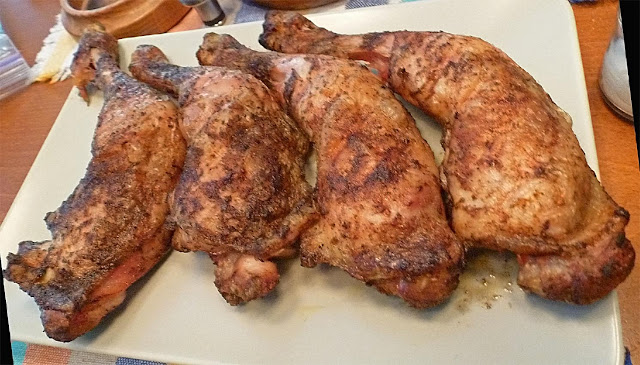 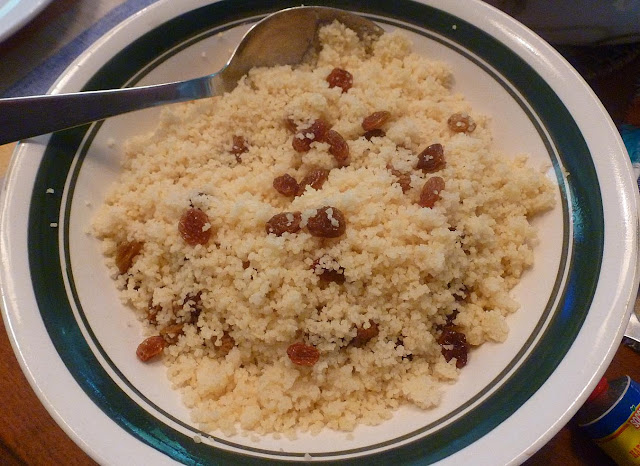 Walt makes couscous "grain" (semoule in French) with raisins to have with tajines like this one. The raisins are soaked briefly, and then the semoule gets soaked briefly in boiling water with a little bit of vegetable oil. That's enough to cook it, and he finishes it with a knob of butter that melts into the blend. It tastes really good. 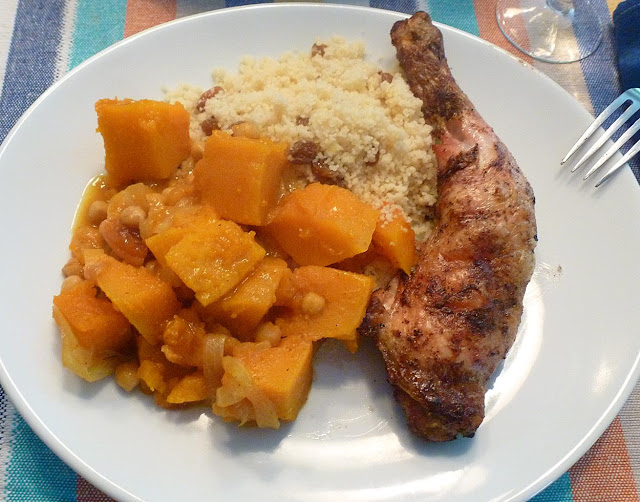 So there it is. Tajine de potimarron et pois chiches avec oignons, miel, et abricots secs; couscous aux raisins; et cuisses de poulet cuites au barbecue. We have some eight or ten potimarrons (small pumpkins) out in the vegetable garden so we'll be making dishes like this through the end of the year, I'm sure. Along with pumpkin cakes and pumpkin pies. The holidays are coming.
Posted by Ken Broadhurst at 06:30