Yesterday was rip-out-the-tomato-plants day. They were looking pretty scraggly. They were still covered with a lot of tomatoes, but nearly all of them were rotting on the vine. Sun damage was probably the main cause. Alors, quand les tomates sont cuites, on passe à autre chose.
And the fact is, we harvested so many tomatoes over the past six or eight weeks that we were feeling overwhelmed. The freezer is full of sauce, the cellar is full of jars of dried tomatoes and tomato paste. It's time to call it a season. 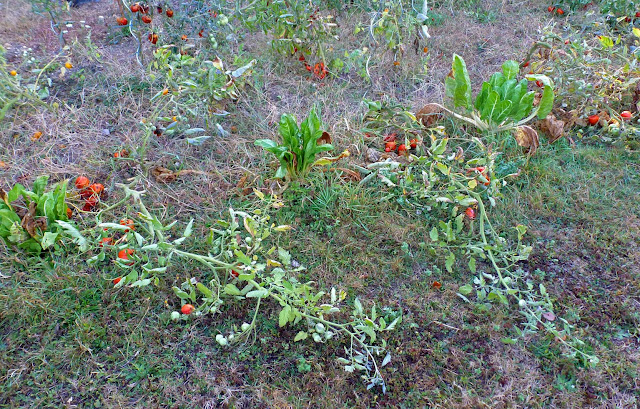 The first step was to untie all the tomato plants and free up the squiggly metal stakes that supported them. Then we pulled all the stakes out and let the plants fall to the ground. Then we collected as many healthy tomatoes as we could find. 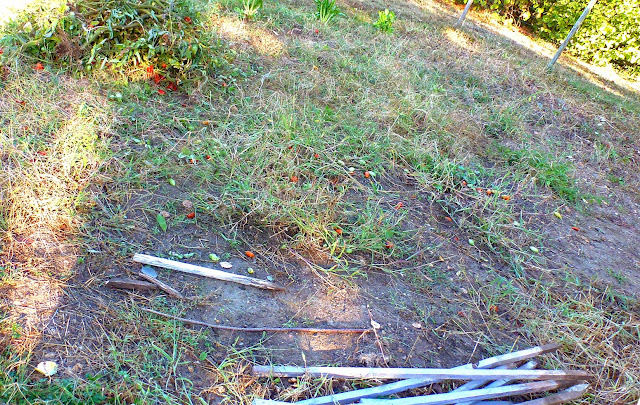 The tomato plants were surprisingly easy to pull out of the ground. Here's what we ended up with. Weeds, mostly crabgrass, had set tenacious roots in the rock hard clay soil. It's been so dry in August and September — we've had about a third of our average rainfall for the period, and very hot weather. 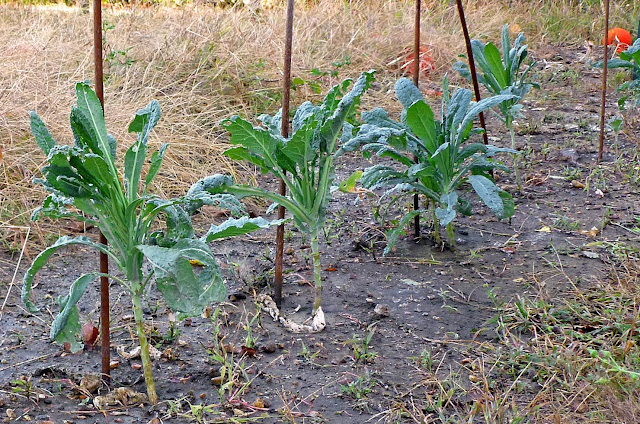 So what's left in the garden? Greens. Tuscan "dinosaur" kale, for example. The plants have really suffered through the drought and the high heat. But they're already starting to look better now that it's not so hot outside. I watered them thoroughly yesterday, and I'm hoping for some rain soon. 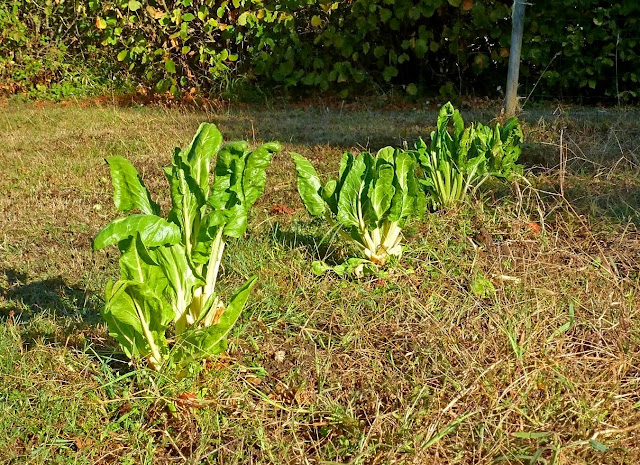 The kale is planted along the eastern edge of the garden plot, and along the western edge is a line of Swiss chard plants. Those also have suffered sun and heat damage, but they are hardy. I trimmed them up, weeded around them a little bit, and watered them well. Even if rain doesn't start falling soon, we have a small number of plants to worry about now. They'll be easy to keep watered. 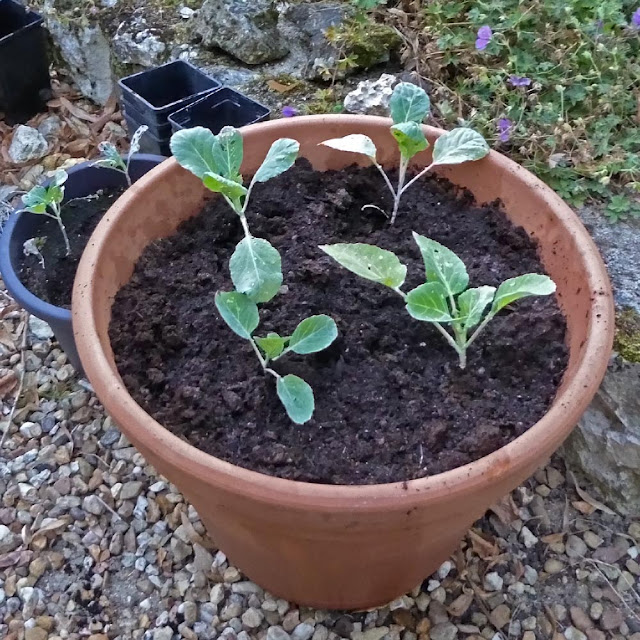 In this climate, leafy greens like kale and chard should continue producing until Christmas, and even into January and February. So I've also planted some collard seedlings in a big clay pot. I hope they will thrive, and at some point I might plant them out in the ground. After I've tilled the garden plot, that is. Luckily, Walt and I are both big fans of these kinds of greens.
Posted by Ken Broadhurst at 06:30