I'm somebody who keeps plants growing for years and years. Maybe a lot of us are. I've shown photos here of my little South African elephant bush plant (Portulacaria afra). It traveled with me from the arid Southern California desert to rainy, chilly San Francisco in about 1998, and lived there for several years. When Walt and I left SF in 2003, we took the plant back to CHM, who had a house in the desert down there and who had given the plant to me in the first place. Then he brought a few little cuttings from it to Saint-Aignan in 2004, and I've kept it going here ever since.


I have other plants that I've kept going for 33 years now. They originally belonged to my grandmother, who died in 1977. A cousin of mine kept the plants (small Sansevierias) for a few years, and then brought me some of them when Walt and lived in Washington DC in about 1983. They made their way to California in the late 1980s, and then to France thanks to CHM and to my mother, in 2004 and 2005. They are still doing just fine. All these plants bring good memories to mind when I look at them. 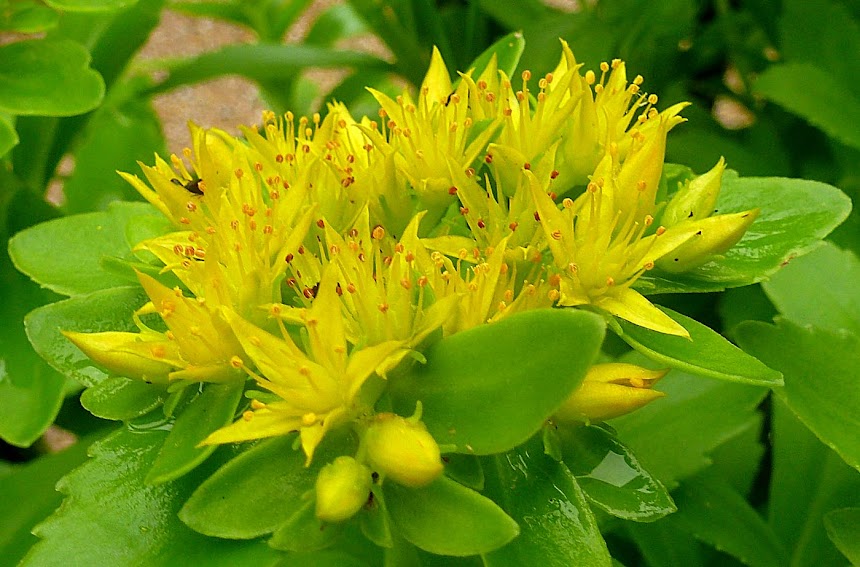 Another plant I've kept going for a while now is a Sedum kamtschaticum, known as Russian stonecrop. It's in a pot on the terrace now, but hasn't always been in that location. 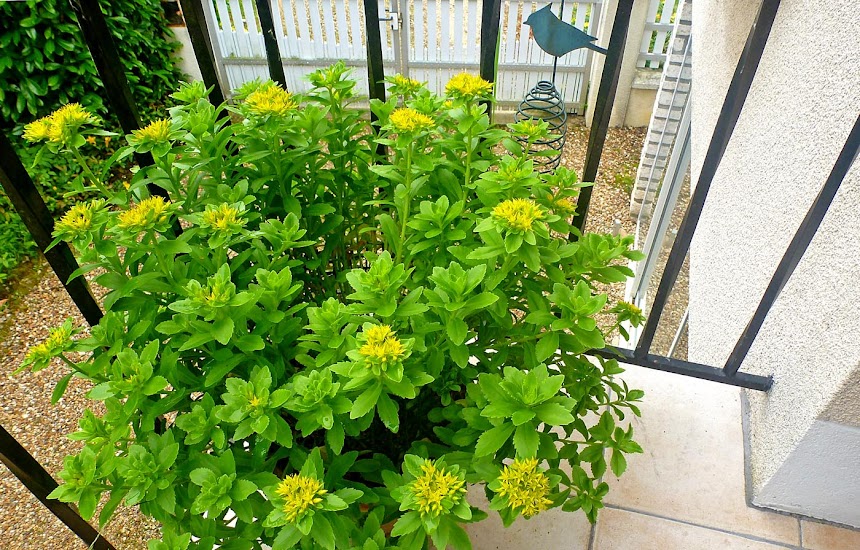 In 1997, I was "on sabbatical" from Apple. I had a 10-week summer holiday with full pay (lucky me). Walt and I spent a couple of weeks in Paris, of course. I returned to California when that trip was over, and then I flew back to the East Coast for a visit with family in North Carolina and for a road trip. 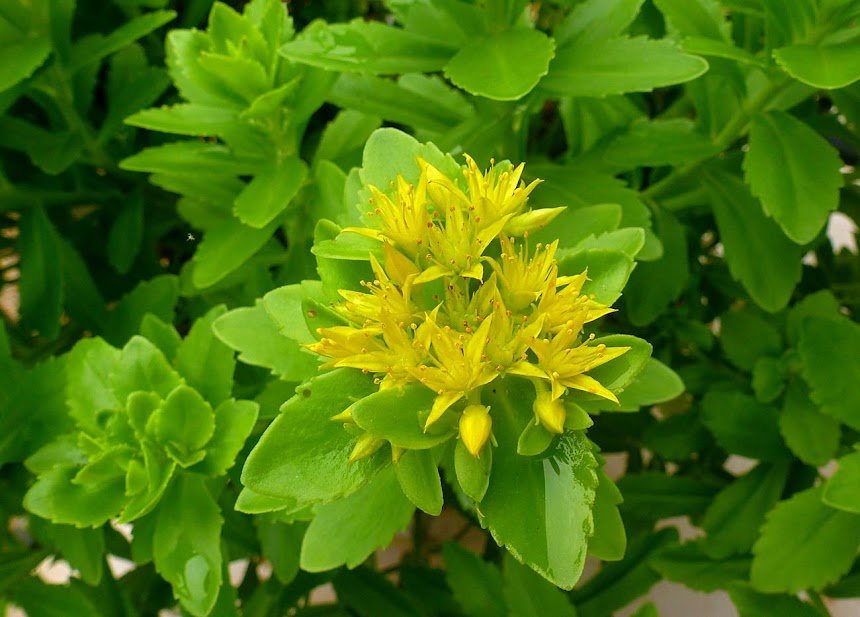 I had lived in Illinois for years in the 1970s, and my mother had never been out there to see the place. So we drove out — it's about a thousand miles from the N.C. coast to Champaign-Urbana, not far south of Chicago. Along the way, in southern Illinois, we got rooms in a motel that had a lot of this sedum plant growing around all the buildings. We discreetly pinched off a few branches and took them back to North Carolina with us. 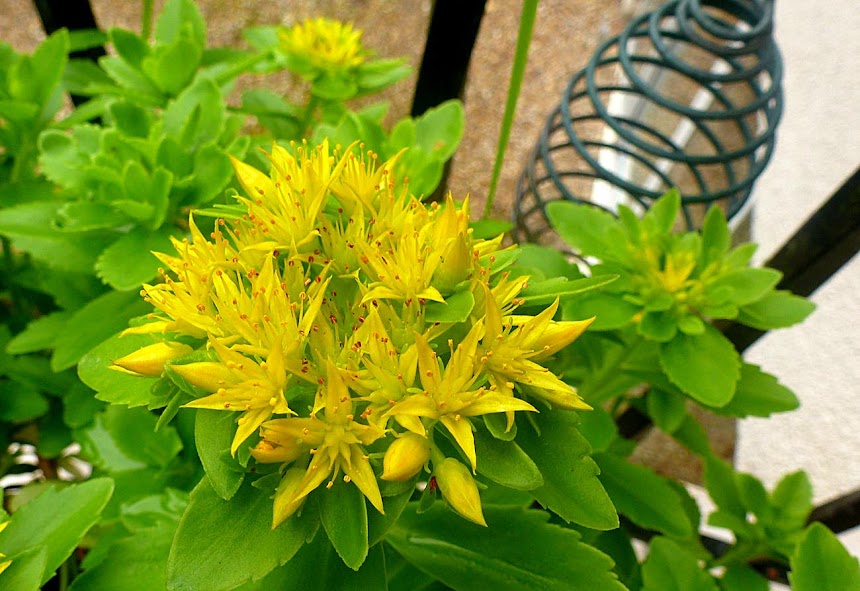 Ma had them growing in her back yard for years, but then she sold her house in 2005. That year, I made the trip back there from Saint-Aignan to help her get the house ready for sale. She said she didn't know what she was going to do with the sedum plants — did I want some? So I took cuttings and brought them back to France, not knowing if they would survive. I planted them outdoors and they spent years growing in the ground. I transplanted the sedum two or three times, trying to find the best place for it. Eventually, I planted it in a pot. Next summer it will be 20 years old.
Posted by Ken Broadhurst at 07:15