How the vineyard fared

The rain fell heavily and amply, but up here in the vineyard it just ran off. Well, it didn't just run off — it moved a good bit of mud and gravel down toward the edges of the vineyard, which is bordered by what you might call ravines on its north and south sides. 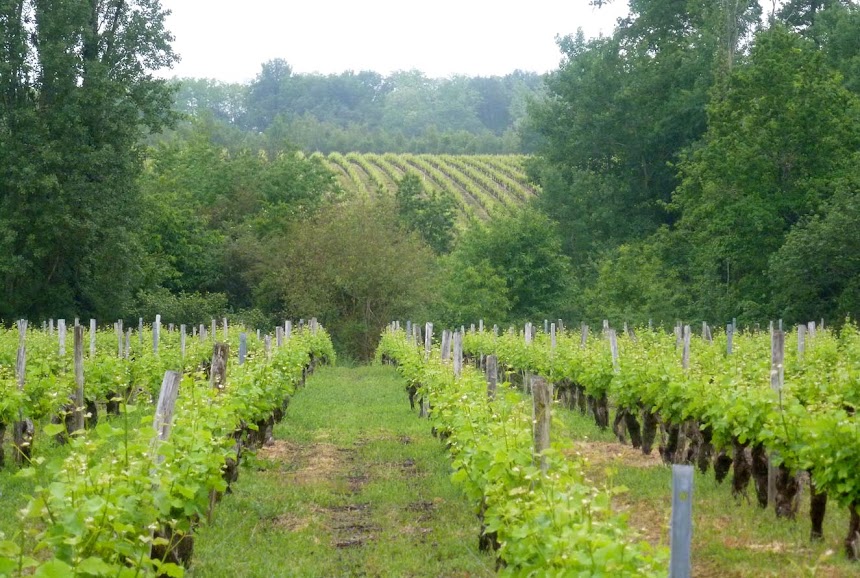 
On the south side, there's a stream that flows, I believe, year-round. You can't really see it because the ravine is so heavily forested, and I don't think I've ever heard it flowing. I don't plan to climb down there to see. The stream is called la rouère de l'Aulne — you might translate that as "alder creek" in American English. Rouère is a local dialect word, I believe, and must be related to the more standard French term rivière. 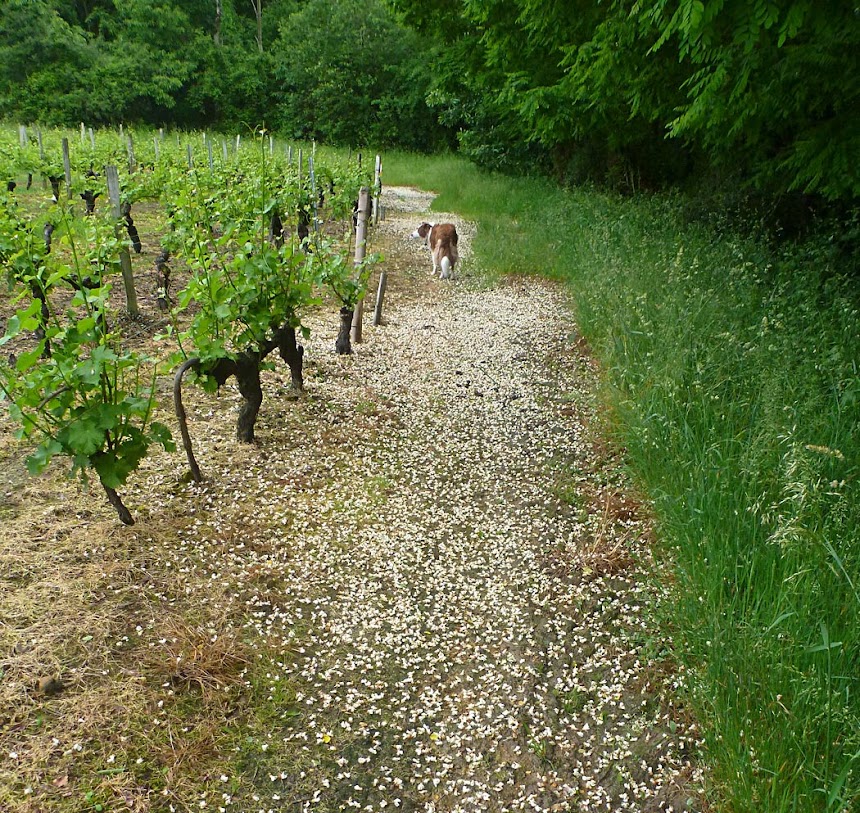 The rain knocked all the white flowers off the many locust trees (acacias in French) that grow around the vineyard.


On the north side, there's a ravine that is dry much of the time. A few days ago, however, I noticed that for only the third or fourth time since 2003 you could hear water flowing down there. In fact, it sounded more like a waterfall than a babbling brook. It doesn't have a name, as far as I know. 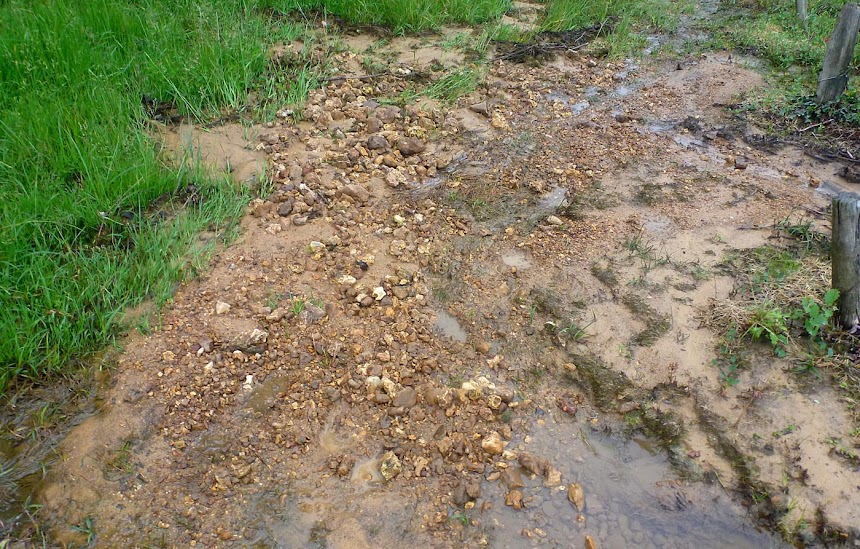 Mud and gravel flowed down between the rows of vines.


All the water that fell up here, and on the high ground all along the Cher river, ran down into the river itself, swelling it so that it overflowed its banks. The ridges bounded by ravines are good land for grapes because the water runs off pretty fast. 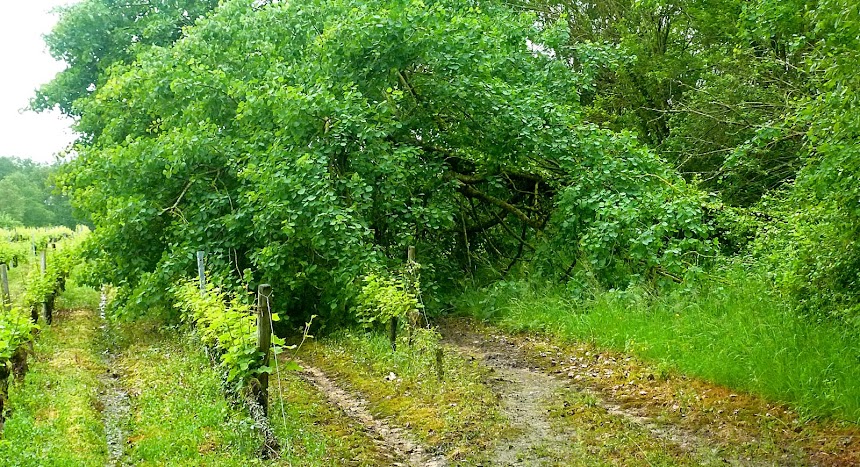 One of the few casualties of the recent storms up on this high ground was a single tree that fell at the edge of a vineyard plot, landing on two or three rows of vines. I don't know why it fell, because we didn't have a lot of wind. 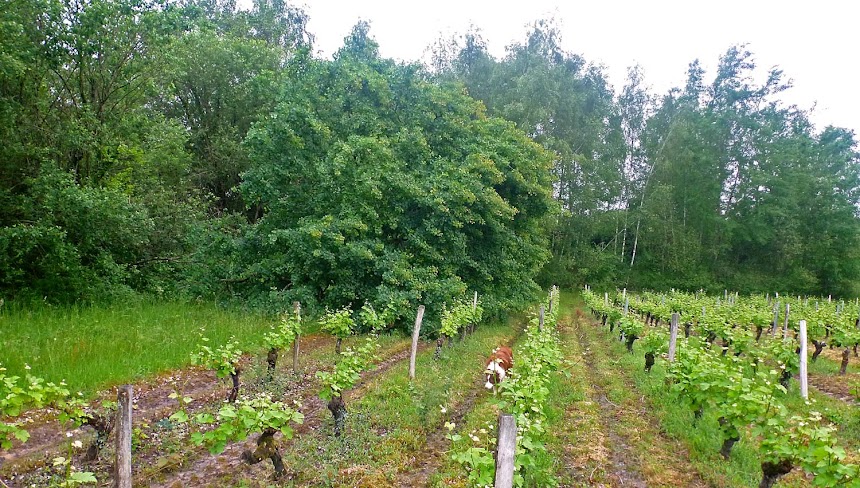 I guess the heavy rain softened the ground the tree was growing in, and the weight of the water on its leaves and branches pulled it down. I wonder if the Renaudie vineyard crew has seen it yet.
Posted by Ken Broadhurst at 07:00